Either you've gotten over the hullabaloo created by Apple about its flat-slab computer, the iPad 2, or you are just a first-timer, concerned about putting your precious dollars on the right device. This write-up talks about the best Android tablets available in the market today, and shells out details about the one that fits your backpack the best. Let's find out which tablet has the nerves to become the 'king-of-tablets'. Hold your breaths...

You are here: Home / IT Jobs / Best Android Tablets 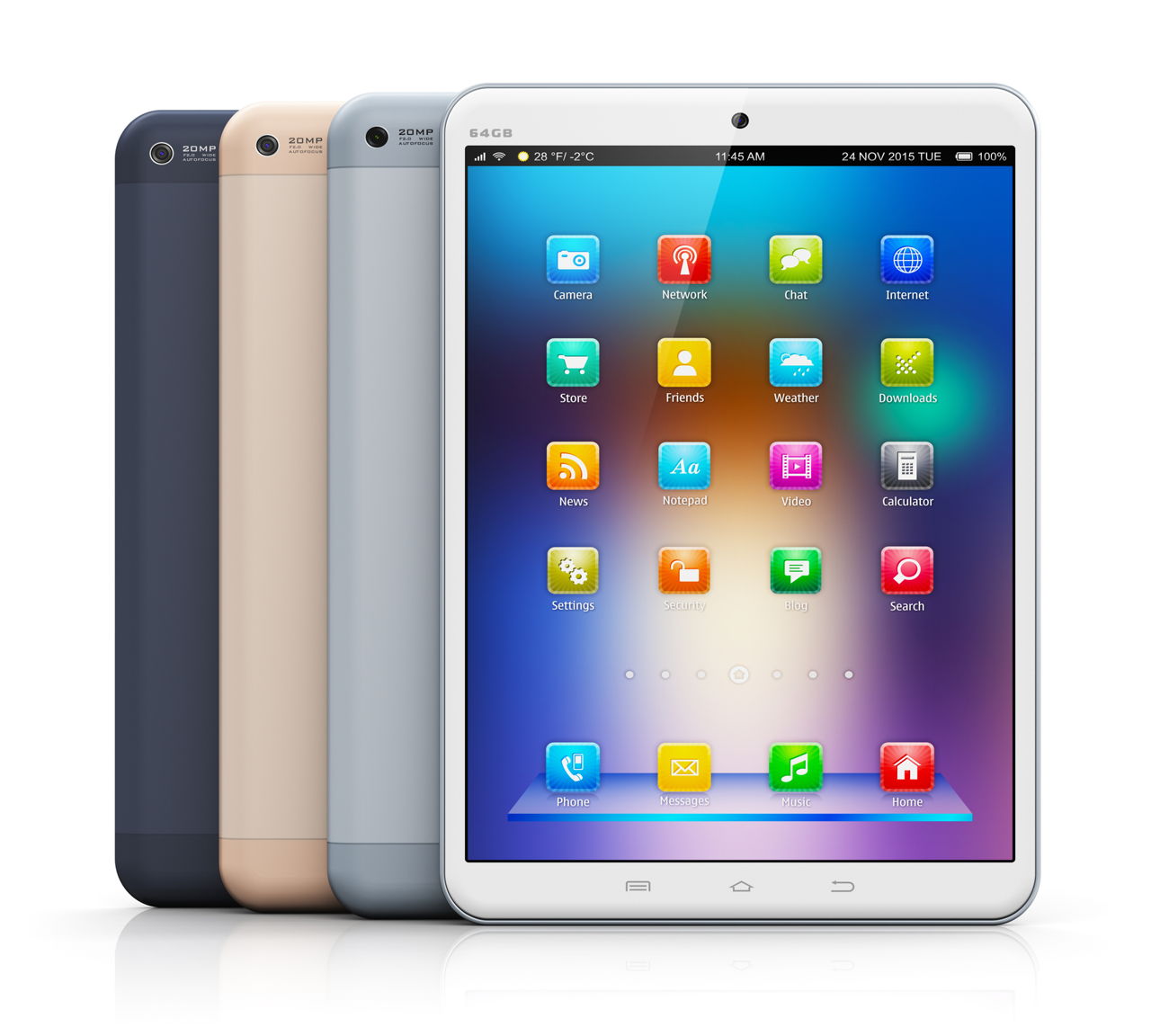 Either you’ve gotten over the hullabaloo created by Apple about its flat-slab computer, the iPad 2, or you are just a first-timer, concerned about putting your precious dollars on the right device. This write-up talks about the best Android tablets available in the market today, and shells out details about the one that fits your backpack the best. Let’s find out which tablet has the nerves to become the ‘king-of-tablets’. Hold your breaths…

No matter where you go, you won’t fall short of tech-freaks smitten by Apple. Well, can’t blame them. After all, the iPad is drop-dead gorgeous, and is definitely a breakthrough in the world of tablet PCs. The crisp performance, the sleek built, and not to forget, the awesome App store, in which lie some of the best applications you’ll come across. Okay, till here, I get it. What I don’t get is the fact that people are blindly running after the closed eco-system that Apple has created. Well, that’s strictly my point of view, and I am not in a position to question your loyalty towards Apple. However, I am an ardent fan of Android’s open source, and have always basked in the freedom it offers. And the cherry on the pie? I have a gamut of Android tablets to choose from – a device that tickles my fancy, and suits my wallet. Do we sense a win here? Oh, hell yeah!

If there is anything in this world that can beat to death and shoot ahead of iOS, it’s Android. While this article does not make iPad lock horns with everything that’s an Android, it definitely talks about those beauties that have made users dump their girlfriends for these, made their friends jealous of them like hell, and given them a sense of pride while tapping and swiping. We are going to be talking about the most successful Android tablets available in the world today, so that you invest your precious dollars in a device that becomes your identity. Certainly, they’ve got some early dings when we talk usability. Whether it is a big 10-inch screen, or a mini 7-inch one, these Android tablets are so, so beautifully designed… you might just overlook the performance quotient.

We dabbled in a handful of Android tablets, and reviewed them on the basis of their performance, usability, looks, and price tags. Note that, the ‘MRPs’ of the following tablet PCs are approximate, and it is recommended you confirm the prices with your dealers. But you know, price is just a number once you have given a go to them, and experienced the beauty that a tablet is. When you grab one and it looks back at you, you cannot wait to use it. Tech-savvies, here’s our seasoning on those Android tablets, apps of which will definitely make you salivate, and ones you can lay your fingers on, literally.

If there is one Android tablet that can be called the iPad killer, it is the beautiful Galaxy Tab 10.1. The specs, as you can see, mark its reign over any other tablet, and make it the sexiest grab of today’s time. The best thing about this flat-slab PC? It’s the lightest of all Android tablets, and well, efficiently matches up to the beauty of the iPad 2 (I, personally think, iPad 2 is an incredibly gorgeous device; read the interesting Galaxy Tab vs iPad comparison). What’s more, not only does it boast of an ocean of Android apps, it basks in the glory of a line-up of Samsung Apps as well, which make it all the more stunning. Other striking features include its TouchWiz UX user interface, up to 9 hours of onetime video watching and 70 hours of music playing. The only con, I felt, was its weak built which makes it a little less strong to handle.

Ice Cream Sandwich is the hottest thing on the block, and if you are contemplating on buying a new-age tab right away, there does not seem to be a tablet better than this beauty from the Motorola clan. If that’s not it, welcome aboard Verizon’s 4G connectivity that hardly any other tablet boasts upon. It’s a little expensive though – $800 off-contract, and $600 with a 2-year contract. However, if money is not an issue for you, this stunner is clearly the best alternative to the mighty iPad 2. It exceeds in terms of storage capacity, connectivity, and a beautiful design. Well, Motorola devices have always had looks to kill (remember the sensational MotoRazr?)!

Find it hard to break up with your laptop? Not even for a second does the new Asus Eee Pad Transformer Prime let you feel uncomfortable while working on it – thanks to the additional dock ($150) that comes with this beautiful tab, making it a full-fledged Android-based laptop with its 40-pin data connection port, along with an SD card slot and a USB port. It’s a little heavier than the above-mentioned tablets, but the weight is distributed so evenly that you won’t feel uncomfortable at all. This tablet comes in two color combinations – Amethyst Gray (gray and purple), and Champagne Gold (silver and gold), but it’s the former that catches the eye. This is the first Android tablet to have a quad-core processor and 1080p video recording, which definitely make it one-of-its-kind. The bottom line is, if you want a tablet that is state-of-the-art – one that can be christened as the ‘next best thing’, Transformer Prime is the tablet for you. ‘Nuff said.

Sick of 10-inch tabs? Breathe some air of respite as the beautiful HTC Flyer comes with just a 7-inch screen, along with a stylus to make typing and swiping all the more fun. Also, with its Wi-Fi version priced at just $299, it is a treat to all the students who are on a budget, but still can’t live without a tablet. However, the stylus pen, or as they call it, the Magic pen, is not included in the MRP, and so, those who fancy working on this tablet with the help of a stylus would have to purchase it. Long story short, if, for once, you don’t compare it with its 10-inch counterparts, the HTC Flyer can be everything you would want in your tablet with approx. 8 hours of battery life, a strong built, and impressive accessories. However, those who still fancy a bigger tablet, and prefer an updated OS (note that Flyer comes with an Android 2.3 OS), might want to give this one a skip.

On reviewing, this tablet is hardly any different from Xoom 2. However, the Acer Iconia Tab A500 has been recorded as the heftiest Android tablet so far, weighing 1.5 lbs. Its Adobe Flash compatibility is one of its USPs, whereas, an HDMI output, a full-size USB host port, and not to forget, a reasonable price definitely make it hard to ignore. Upon maximum usage, the Iconia Tab A500 offers impressive 10 hours of Internet browsing, and up to 8 hours of video playing in high definition. If weight is not an issue for you, and you are fond of sturdy, strongly built devices, the Acer Iconia Tab A500 is definitely a must-have.

Note: The above-mentioned prices are approximate, and may be subject to change.

Tell you the truth, when you go for a Tablet PC, you just cannot compromise with the looks. Above was a fleeting glimpse of all the trending tablets that are currently in a bid to turn the market heat up a notch. Read as many reviews as you can, have a hands-on experience of each in their respective showrooms, stock up your wallet, and look at that… your friends are already going green with envy!