The new addition to the Tegra family, the Tegra 4 and 4i processors are codenamed Wayne and Grey, respectively. Ever since their launch at CES 2013, a lot of devices have adopted them in their design due to their amazing features.

You are here: Home / IT Jobs / Tegra 4 Family Features and Architecture 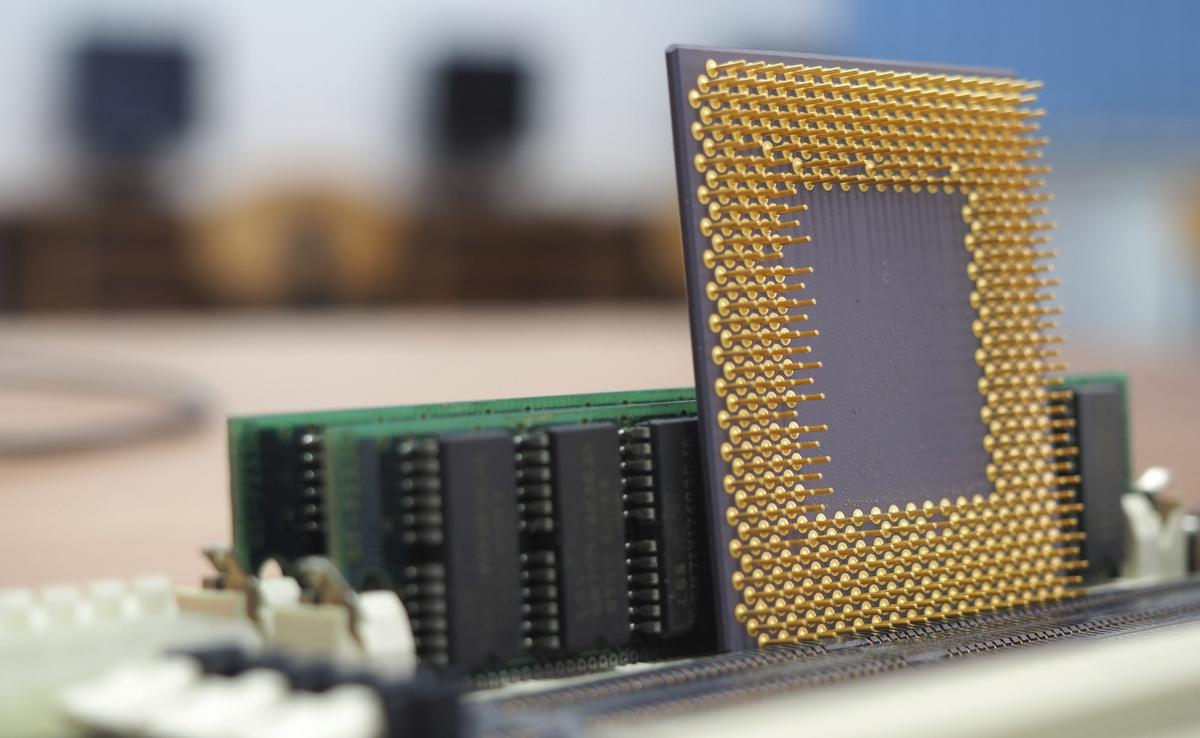 The new addition to the Tegra family, the Tegra 4 and 4i processors are codenamed Wayne and Grey, respectively. Ever since their launch at CES 2013, a lot of devices have adopted them in their design due to their amazing features.

Grab the Tegra 4i Processors!

Tegra 4 and 4i, both quad-core CPUs, have used the most advanced ARM cores ever. There is an additional Battery Saver core, which was earlier known as Companion core, that delivers enhanced battery performance. Having an ARM CPU with ARMv7 instruction set, these SOCs (system-on-a-chip) are a delight for mobile manufacturers. We, at Buzzle, will explore the features and specifications of these fast mobile processors.

The Tegra 4 has a quad-core ARM Cortex-A15 CPU, which the company has licensed from AMD. The Cortex-A15 is about 15-30% more efficient than the previous launch, the Tegra 3. For any architecture, the number of execution units and the instructions per cycle are very important parameters that test the efficiency of the device. As far as this processor is concerned, it has eight execution units which are capable of issuing eight instructions per clock. These units execute the instructions on the out-of-order execution terms. This means that the instructions whose inputs come first are executed before the others, thus, avoiding delay and speeding up operations. It has a 32 KB L1 data cache whose operations are sped up due to an advanced logic design that combines logic for add and translate steps. There is an added core to the CPU, which is the Battery Saver core. This additional core takes up low-power tasks so as to save battery life. 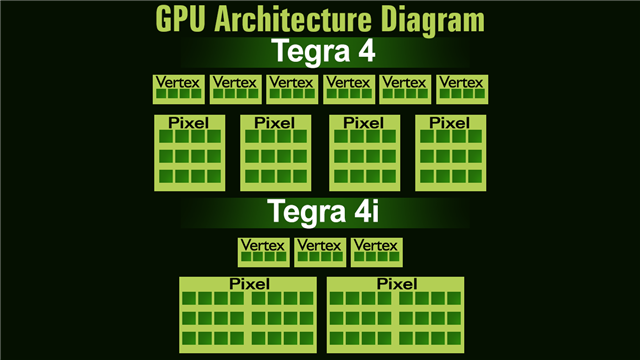 The Tegra 4 has 72 GPU cores which are divided into vertex and pixel shaders. These units are needed to add extra features to the images or for postprocessing. Unlike the Tegra 3 that had one vertex unit (4 cores) and two pixel units (8 cores), the Tegra 4 has six vertex units (24 cores) and four pixel units (48 cores), but with increased cores/pixel unit. So, there are 72 cores in all, which is about 6 times the number of ALUs that were present in Tegra 3. This means, there is higher clock speed on offer. It also has twice the number of raster operators (ROPs) which ensures enhanced anti-aliasing, and Z and color compression. Thus, the 4K x 4K texture support, 16:1 Z compression and 4:1 color compression which optimizes the bandwidth, shouldn’t be much of a surprise. On the other hand, the Tegra 4i has halved the vertex units, i.e., there are only 3 units (12 cores), and double the power of the pixel units (48 cores). There is a dual-channel 32-bit memory channel in Tegra 4, while the Tegra 4i has only one memory channel.

The Tegra 4 has a computational photography engine, which ensures the photos are of high quality. There is an ‘Always-On’ HDR camera feature which has HDR preview, instant HDR photos, HDR videos, HDR burst, HDR flash, and HDR panorama. In case you are wondering what does HDR mean, it is a high-dynamic-range imaging method that captures greater dynamic range between the darkest and lightest parts of the image. This means you can click an HDR image and instantly apply some filters to it that enhances its quality. The current image processing has a sensor with an ISP (image signal processing) unit along with the CPU for processing the images. The Chimera architecture, NVIDIA’s proprietary architecture, processes the GPU cores and CPU cores in parallel. This quickens the image processing, and delivers higher compute resources. The computational engine finally runs the algorithm to get the final HDR image in less than 0.2 seconds/frame.

All the Tegra-powered devices are supported by the i500 LTE Modem as a separate chipset. It has ultra-low power consumption thanks to its design, which increases the battery life. This means, you can now enjoy faster downloads with 500i integration. This modem gives you the freedom to connect your mobile devices to the Internet at super-fast 4G LTE speeds. It delivers data at the rate of 100 Megabits per second. It uses a unique software-defined radio (SDR) technology which enables software upgradation at 150 Mbps LTE and carrier aggregation. The chipset offers pre-integration of NVIDIA Tegra, Android, and WinRT platforms. Although it is a 4G-enabled architecture, it is backwards compatible with 3G and 2G cellular technologies as well.

➧ As discussed earlier, apart from the 4 cores, there is an additional 5th core which is the Battery Saver core. This core handles all the low-power tasks like music and video playback, and active standby.

➧ The Tegra 4 chipset uses a variable SMP (Symmetric multiprocessing) architecture, which means each core (4 out of 5 cores) is used for max burst performance whenever needed.

➧ It supports external components like HDMI 1.4a and USB 3.0.

➧ The video encoding and decoding takes place at 1440p.

Just a few days after the Tegra 4 was launched, another processor was released, known as Tegra 4i, a.k.a. Grey. Let us take a quick overview of this chipset as well. Like the Tegra 4, there are 4 + 1 cores, which include the Companion core (Battery Saver core), with each core having a maximum clock speed of 2.3 GHz. Instead of the ARM’s Cortex-A15, this processor has the Cortex-A9 r4 integration, which uses the ARMv7 instruction set. The SoC is a 28 nm HPM process, which measures about 60mm2 including the integrated baseband. When we talk about GPU, there are only 60 cores as against 72 cores in Tegra 4. The NVIDIA GeForce ULP is a separate processor which processes the data in parallel, thus, accelerating the process. The LTE modem that this processor includes, modulates the mobile baseband signals like CDMA, GPRS, GSM, LTE, HSPA+, and HSUPA. The display resolution is 1920 x 1080 pixels and 1080p HDMI, which is a reduction from the 3200 x 2000 pixels and the 4K support in Tegra 4. The chipset has a LPDDR3 memory interface, which means there is no PCDDR3 like the other processor. There is an on-die Icera i500 baseband IP which supports full-LTE (100 Mbps) along with support for 10 MHz + 10 MHz LTE carrier aggregation. The other noticeable change in the chipset is the reduction of the memory channel to 32 bit. The L1 cache (data and instruction) is 32 KB/core.

Though both the products have similarities, they differ on certain design aspects. Take a look at the comparison below to find out the differences.

Though both the devices target the mobile phone market, the Tegra 4i is specifically made for smartphones, while the Tegra 4 is aimed at the tablet market. ASUS Transformer Pad Infinity, Microsoft Surface 2, HP SlateBook x2, etc., have used the Tegra 4 processors, while the NVIDIA Phoenix uses Tegra 4i. All in all, both these processors are good upgrades from their predecessor, the Tegra 3.