Samsung Galaxy S5 Vs. Apple iPhone 5s – Under the Scanner

You are here: Home / IT Jobs / Samsung Galaxy S5 Vs. Apple iPhone 5s – Under the Scanner 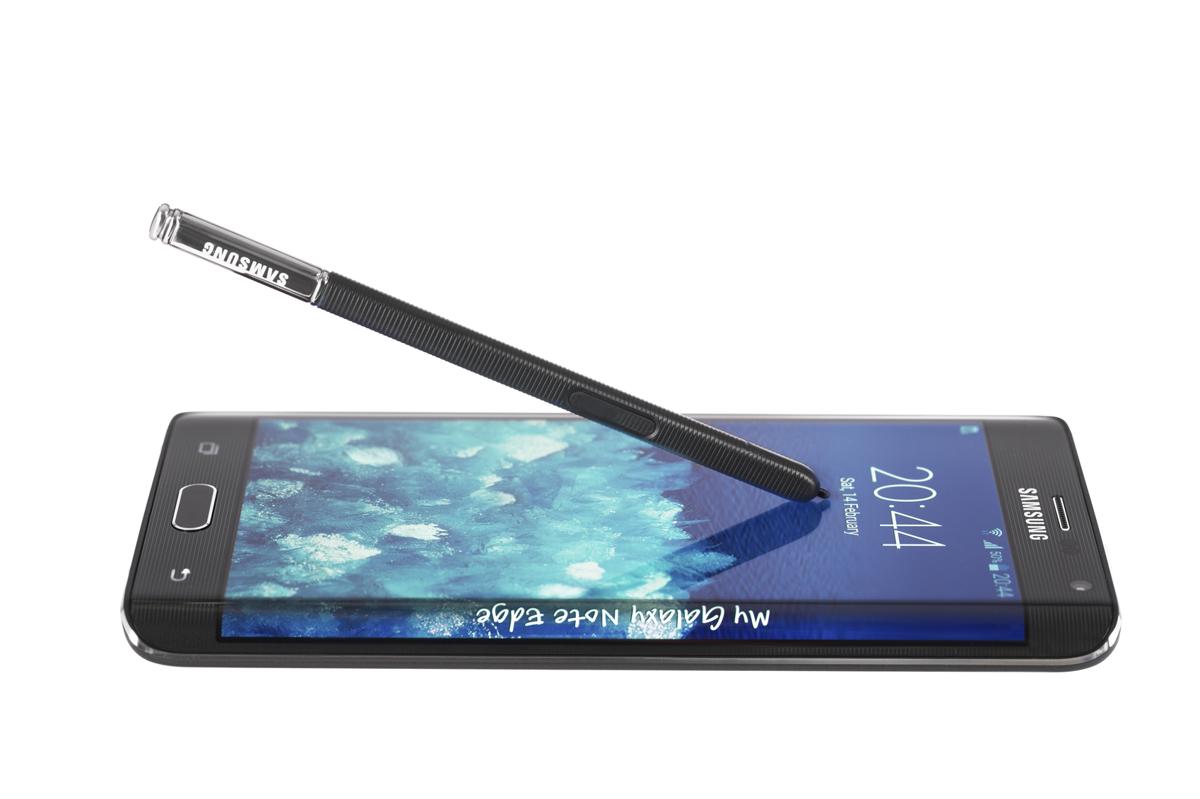 According to a report by popular market research firm, Gartner, as on December 2013, in the smartphone industry, Samsung has a market share of 32.1% followed by 14.3% for Apple.

The two stalwarts of the mobile arena are pitted against each other once again. Nope, this time around, we aren’t talking about another legal battle, but instead, one that is raging on in the quest for being crowned the king of the smartphones. The two giants of the industry now have reinforcements in the form of their latest flagship devices―the Samsung Galaxy S5 and the Apple iPhone 5s.

The Samsung Galaxy S5 was unveiled amidst much fanfare at the Mobile World Congress 2014, in Barcelona. The Apple iPhone 5s, on the other hand, was released in September 2013, at its headquarters in Cupertino. Although the two might seem like smartphones from different generations, their hardware is surprisingly similar and very much at par. So, without further ado, follow us as we bring you the low-down on the epic clash of the behemoths of the smartphone universe, the Samsung Galaxy S5 vs. Apple iPhone 5s.

Designed to weather the elements.

The Galaxy S5 retains the DNA of the rest of the Galaxy family. It has a curvier back than the last-gen S4, and also has a leather-textured back, much like the Note 3 albeit with the stitches along the sides. The back also has an interesting (for the lack of a better word!) dimpled design, which bears an uncanny resemblance to the first-gen Nexus 7 tab manufactured by Asus. The S5 has dimensions of 142.0 x 72.5 x 8.1 mm, and tips the scale at 145 g. The phone comes with an IP67 rating for being water resistant and dust proof. It integrates a fingerprint scanner into the Home button at the front, and brings in a heart rate sensor at the back, just below the camera. The soft-touch back of the S5 feels good in the hand, but does little to aid one-handed use on this rather larger phone.

There’s very little to tell the Apple iPhone 5s apart from its predecessor, the iPhone 5. In fact, the dimensions of the 5s are the same as the 5, 123.8 x 58.6 x 7.6 mm, and weighs in at the same 112 g as the latter. The latest iPhone strikes the perfect balance between metal and glass, giving it a very rich feel. The main physical difference between the two generations of iPhones is the trend-setting fingerprint scanner sitting beneath the surface of the Home button surrounded by a metallic ring. The iPhone 5s sits snugly in the hands, and it is perfect for one-handed use.

The two companies have ideologies that are worlds apart, and this is most evident in their approach towards the design elements on their flagship devices. The Samsung Galaxy S5 is a step up from the S4, but still retains the same polycarbonate construction. The Apple iPhone 5s, on the other hand, shines in its metallic armor and oozes with class. Also, the smaller size of the iPhone tilts the balance in its favor when it comes to overall build quality and usability.

A Qualcomm Snapdragon 801 chipset with a 2.5 GHz quad-core Krait 400 processor that ticks away inside the S5 ensures that the phone breathes fire, and it simply decimates the opposition with its processing power. The phone brings in 2 GB of RAM to ensure that multitasking is a breeze. The S5 comes with 16 GB of internal memory and also has a memory-card slot that supports up to 128 GB Micro SD cards.

At the heart of the iPhone 5s is a dual-core 1.3 GHz Cyclone processor on board an A7 chip with 64-bit architecture. There’s also Apple’s M7 motion coprocessor, which helps store data even when the phone is asleep, working away in a low-power state, and even helps save on battery life. 1 GB of DDR3 RAM ensures super-smooth multitasking. The 5s comes in 16/32/64 GB variants along with 5 GB of iCloud storage.

The iPhone 5s is deceptively powerful and makes short work of all tasks assigned to it. The Samsung Galaxy S5 too is super powerful, and in fact, has the fastest processor on an Android device in the market. The S5, however, reigns triumphant with its superior storage options and an industry-first, support for 128 GB Micro SD cards.

The phone has a large 5.1-inch Full HD Super AMOLED screen with a fantastic pixel density of 432 ppi. Watching videos on the S5’s large screen is an absolute delight, with the Adreno 330 GPU churning out the graphics effortlessly. The display is protected by a sheet of Corning Gorilla Glass 3 which helps keeps those nasty scratches away.

A treat to the retina!

The iPhone 5s has the same screen as its predecessor. At 4-inches, the wide, multi-touch screen shines in all its glory, thanks to its beautiful Retina display (326 ppi). The display has real high contrasts and looks stellar, especially when viewing images captured using the phone’s camera.

Both phones have fantastic displays which are nothing short of spectacular. The Galaxy S5 though, edges past the 5s, with its larger display with a Full HD resolution. Also, the higher pixel density of the S5, along with the unmatched saturation (oversaturation!) of the Super AMOLED display, is a lot more pleasing to the eyes, if not superior to the display on the 5s.

Armed with a 16 MP ISOCELL camera at the back, the S5 makes for a great stand-in for a point-and-shoot camera. It features a superfast auto focus, which fires up in just 0.3 seconds. The S5 is capable of capturing extremely detailed shots, but its real USP is the ability to record at [email protected] Apart from this, the phone has some real useful camera modes, and other tweaks which make photography a fun experience on the Galaxy S5.

Great hardware and software for photography.

Over the years, iPhone cameras have really captivated our imaginations with their fantastic color reproduction properties and simple camera UI; this is no different on the iPhone 5s. The phone comes equipped with an 8 MP snapper with 1.5µ pixels. It also features a True Tone flash which is great for portraits. The camera locks on to the subject really fast and captures great slow-motion videos ([email protected]).

These are amongst the very best smartphones in the market, especially when its comes to their prowess in photography. The 5s captures some brilliant images with fantastic color reproduction and very little noise. The Galaxy S5, however, blows the competition right out of the water with a more powerful sensor, and the ability to record videos in 4K resolution.

TouchWiz and KitKat in the mix.

Samsung are known for their antics when it comes to software tweaks and customizations. The Galaxy S5 serves as a perfect platform for the Korean giant to once again showcase its software skills. The phone runs on Android v4.4.2 KitKat with the latest TouchWiz on top. You can also find Samsung’s answer to HTC’s BlinkFeed, with its Magazine UI. Apart from this, you can finds loads of software tweaks which often tend to border on the lines of gimmicky. The fingerprint sensor works just fine, and Samsung has left the door open for developers to make the most of this feature. The heart rate sensor also works without any glitches, as advertised.

All the software changes that Apple has brought about in its OSs have had a very clear thought process behind it. The same is the case with the latest version of iOS on board the iPhone 5s. iOS 7 brings in a complete overhaul of the OS, it is a lot more fluid, and brings in loads of eye candy too. The game-changing fingerprint sensor works like a charm, although it is set to work only to unlock the phone, and validate iTunes purchases. The other software tweaks like Control Center, AirDrop, etc., are intuitive and extremely handy.

We will steer well clear of stirring up the hornet’s nest. The iOS and Android battle has been going on for ages, and in all probability, will go on for many more years. Both OSs on these very capable phones shine in all their glory. We, however, are just a little inclined towards iOS 7 as it brings in a lot more useful features than most of the gimmicks played out by the heavily-skinned Android OS on the S5. When it comes to the fingerprint sensors and Samsung’s heart rate sensor though, we cannot, for the life of us, see these being anything more than an advertising stunt.

Scraping through the day.

The S5 is powered by a 2,800 mAh Li-ion battery. The battery itself is user-accessible. You should just about make it through a day of moderate use on a single charge on the Galaxy S5.

One day at a time.

A 1,560 Li-Po battery powers the 5s through the day. The battery though, is non user-accessible, and you would just be able to squeeze a day of moderate use out of the phone.

This probably is a case of choosing the lesser of the two evils. The battery performance of both these devices leaves a lot to be desired. The S5 though, with a removable battery, and the option to charge the phone with a standard Micro USB cable, edges out the 5s.

Both phones bring in the very best hardware complemented by great software. The die-hard fans of both camps are bound to be over the moon with the flagships of their respective brands. These phones are bound to sell very well, and barely cross each others paths when it comes to sales, as they are meant for two very different markets. The Samsung Galaxy S5 is undoubtedly set to sell a lot more than the iPhone because of the huge difference in pricing. We would, however, like to point out that both these heavyweights have not really come up with anything that wows us. The S5 is cast of the same mold as many other phones of the Galaxy, and there’s hardly been any hardware innovation from these companies that are believed to be at the forefront of innovation in this field.

It would seem just a little unfair to compare two flagships of different generations. Samsung has already revealed its cards, and now the world awaits the iPhone 6, which has got the rumor mills running nonstop. Your move, Apple.