RAID 0 Vs. RAID 1: The Differences You Weren’t Aware Of

RAID is a very famous term in the realms of computer storage architecture. Scroll below for an in-depth comparison between its two basic levels, RAID 0 and RAID 1. 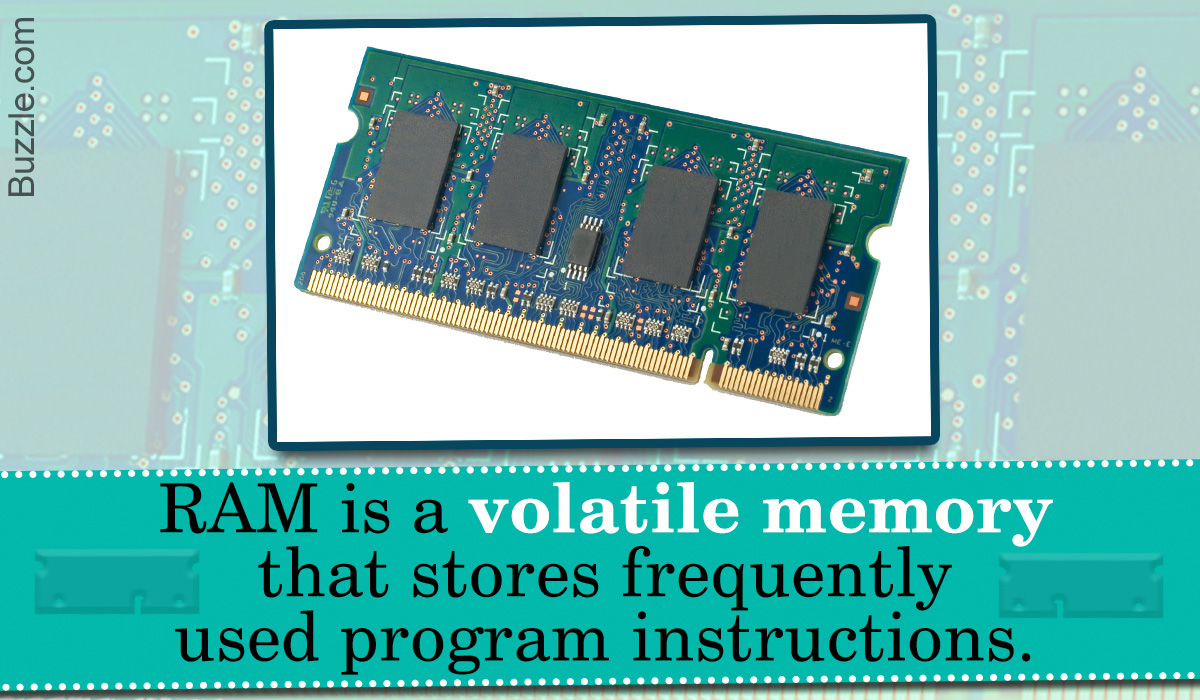 RAID is a very famous term in the realms of computer storage architecture. Scroll below for an in-depth comparison between its two basic levels, RAID 0 and RAID 1.

The acronym RAID stands for Redundant Array of Independent Disks. Don’t be baffled by the long moniker, RAID is nothing but a storage scheme to store data and information on computers. There are 6 standard levels of RAID and a number of nested ones. But the main intention in implementing any of the RAID schemes, is either to create a data backup, or increase the performance of the computer. Below, learn more about the two base levels of RAID as well as a comparison of their respective features.

Consider a large block of data. The data is broken down into strips or chunks of a particular size, defined by the user. All strips are of the same size. These strips are then written one-by-one to different disk drives or arrays. All the strips are not written to the same drive; rather they are striped (written) across the different drives in a sequential manner. This manner of distributing the chunks of data is called striping. 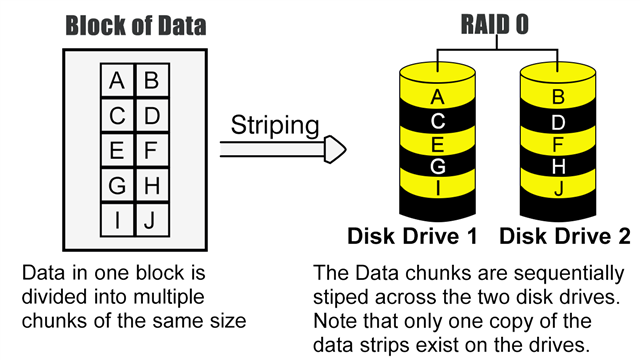 RAID 0 is the simplest RAID level and is very easy to implement. It is also very effective in performance. As the data is divided into equally-sized strips, it can be easily written onto the disk drives. Searching for a chunk of data is also speedy. The search is carried out in parallel, i.e. one level on each disk drive is searched for the chunk of data. As the data chunks are divided on a number of disk drives, the seek time is reduced to exactly half the amount of time it takes to search a single large disk.

When data availability is of great importance, i.e. in case a disk fails or data is lost, but there is a chance to recover it through a backup, the recommended form of storage is RAID 1. This form of RAID carries out mirroring or replicating, wherein the data present on a disk is copied onto one disk or a pair of disks. Thus, for each disk drive, there exists a mirror, which has a complete and identical copy of the original data. 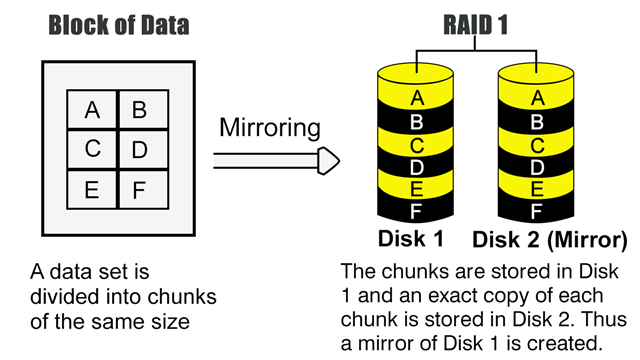 RAID 0 requires a minimum of 2 disks, with no limit on the maximum number. RAID 1 requires two hard disks.

RAID 0 has no fault tolerance whatsoever. If a single disk drive is lost, all strips of data on it are lost completely. The loss on one disk drive destroys the connection between the data chunks and the entire RAID array is destroyed. RAID 1 is effectively fail-safe as a complete copy of the data exists on the other drive. If a disk fails, since its mirror exists, there is no complete loss of data.

Data recovery on RAID 0 is not at all possible. Data once lost, cannot be recovered as no mirroring or redundancy occurs. Once a disk drive is lost, the entire array of disk drives must be rebuilt from scratch, which is also very difficult. On the other hand, the recovery is highly possible on RAID 1. Since a mirror of the data on the failed disk has been made, in case of a failure, this mirror can be used to recreate the original disk once again. As long as the failed disk is replaced before the mirror fails, data can be recovered effectively.

A simple design means that RAID 0 storage architecture has the lowest cost amongst all the levels of RAID. For RAID 1, the cost is higher than RAID 0 as data mirroring is complex and multiple drives are needed to store the mirrored data.

Can It be Used in Critical Areas?

RAID 0 is used with audio and video streaming servers; game servers and for image editing. RAID 1 is used in critical data systems like accounting, payroll and database storing, financial data storage, as well as enterprise servers.

The comparison given above, should make it easy for you to decide which storage scheme is the best for you. Basically, if you are looking for high performance and are not too worried about backing up data, RAID 0 is the right choice. But if you are dealing with crucial data, then obviously, RAID 1 is a better choice. 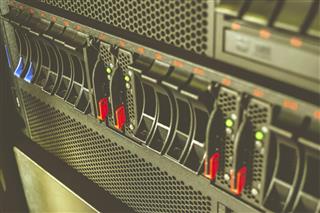 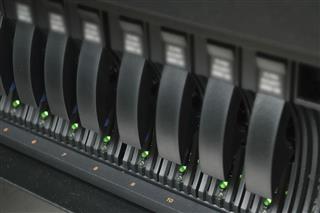 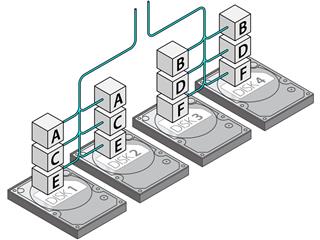