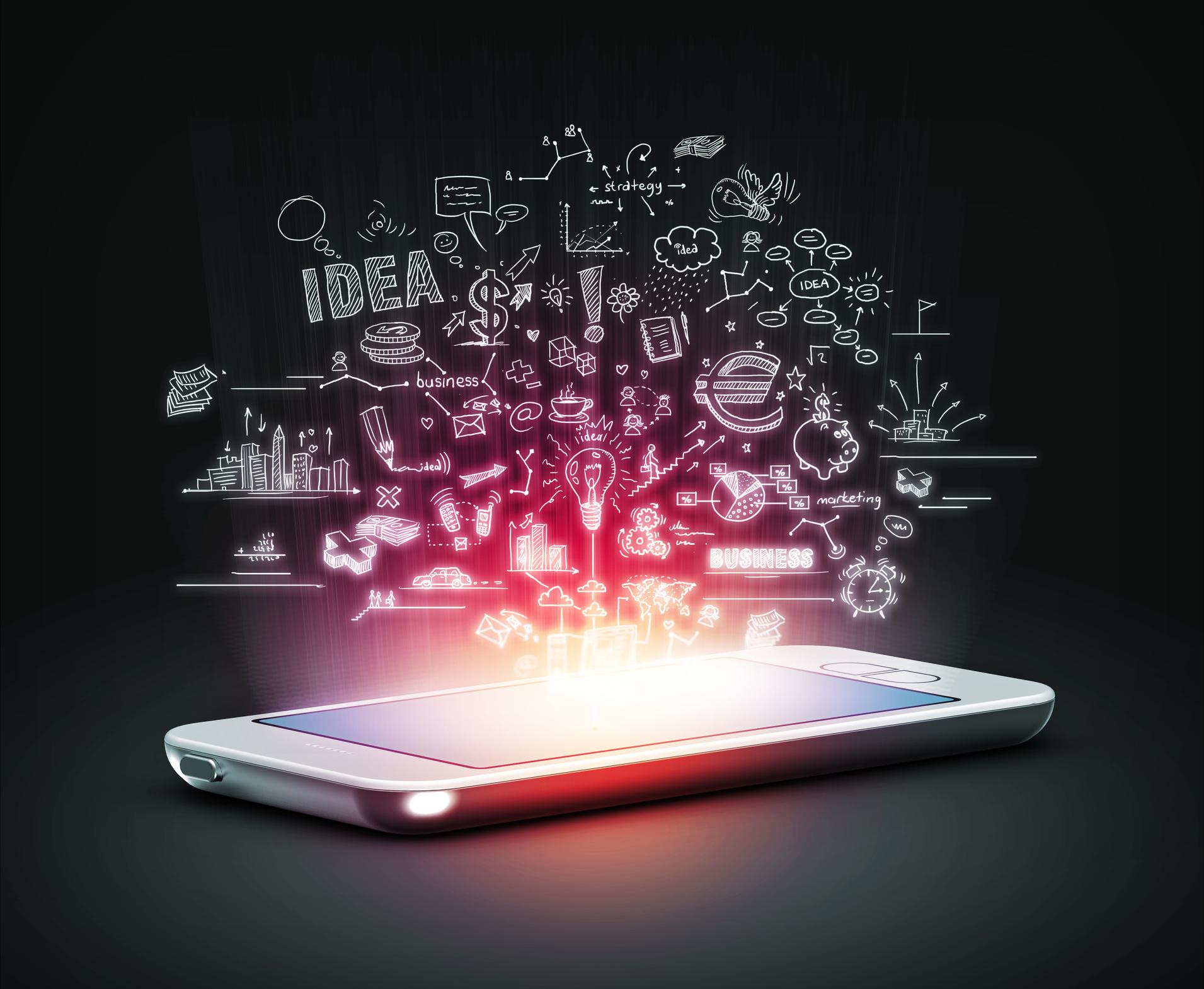 Nokia unveiled its much-awaited X series phones powered by Android, at the Mobile World Congress (MWC) 2014, in Barcelona. This Techspirited article brings you an in-depth look at the specifications and the many features of the Nokia X, X+, and XL.

The Android-powered Nokia X phones are expected to be released in Q2 of 2014.

Legendary phone maker Nokia has seen the extreme highs and lows of the mobile market. The Finnish giant was at the forefront of the mobile revolution and was the undisputed ‘King of the Hill’ for what seemed like an eternity. Pride, however, got the better of the company, as it spiraled down just as fast as it had risen to power. Nokia was incredibly innovative with their hardware, a little too innovative, some may argue. The real cause of its downfall though was the choice of software for its devices. The company first promoted the bug-ridden Symbian OS, and then as that ship began to sink, quickly jumped on to another ship that was in shambles―Windows Phone. For a brief while, the Finns flirted with the very promising MeeGo OS but gave up on it after releasing just one phone.

Nokia’s biggest mistake was ignoring an OS that was just starting off during the company’s reign, an OS that, today, virtually rules the smartphone industry. Yup, we’re talking about Android. Microsoft’s Windows Phone surely was different and offered loads of eye candy, but little else. Nokia’s fate was thought to be all but sealed after its takeover by Microsoft.

Just when all seemed lost, the Finnish company has sprung in quite a surprise. Finally, the prayers of millions of people across the world have been answered. At the Mobile World Congress (MWC) 2014, Barcelona, the company unveiled its first brood of Android-powered phones, the X series. The Nokia X, X+, and XL might not exactly match up to the other heavyweights in the business, but they certainly have ruffled quite a few feathers in the Android world. Here’s quickly diving into an in-depth review of the Nokia X, X+, and XL phones.

The back of the Nokia X and X+.

All three phones have a very familiar design language, that of the Lumia series. The polycarbonate body looks especially good, thanks to the use of bright colors. The dimensions of the phones are:
Nokia X,X+ – 115.5 x 63 x 10.4 mm, 128.66 g, Nokia XL – 141.3 x 77.7 x 10.8 mm, 190 g. The Nokia X and X+ are virtually the same device except for a very minor difference in RAM. They fit snugly in the hand, while the larger Nokia XL juts out just a little, but is still very comfortable to use. The front of the phones is taken up by the screen with plenty of bezel around it. Just below the screen is a unique Back button just below which is microphone, while the earpiece sits above the screen. The XL has sensors and a secondary camera sitting just above the screen. The volume rocker and the power button are to the right, while the left is completely bare. At the top is the 3.5 mm jack, while at the bottom is the Micro USB port for data synching and charging. At the back, is the camera (the XL has an LED flash just above the camera) towards the top, at the center, while the speaker is at the bottom, to the right (the XL has a larger speaker grille that sits at the center toward the bottom). The back itself is removable and gives you access to the battery, SIM, and Micro SD card slots. All three phones are available in dual-SIM variants.

The Nokia XL has an LED flash and a larger speaker grille.

We like the look and the feel of the devices, which is in line with the rest of the Lumia lineup and the popular Asha series. Considering that these are low- and mid-range phones, the use of good-quality polycarbonate is a very pretty sight. All phones handle very well and are a delight to use single handed.

At the heart of the phones is a Qualcomm Snapdragon S4 Play chipset with a 1 GHz dual-core processor. The Nokia X has 512 MB of RAM to handle multitasking, while the X+ and the XL have an upgraded 768 MB of RAM. All phones come with 4 GB of internal memory and a Micro SD card slot which can add up to 32 GB of extra storage.

The Snapdragon S4 processor might not really have the firepower to compete with the advanced CPUs on most flagship devices, but they are no slouches either. The phones handle most tasks assigned to them reasonably well, although you do not want to push your luck with intense HD content. The additional RAM on the X+ and the XL make a very evident difference when it comes to multitasking.

The Nokia X phones have a Windows Phone-esque tiled UI.

The Nokia X and the X+ have a 4-inch IPS LCD WVGA (800 x 480 pixels) display, while the XL has a larger 5-inch display with the very same resolution. The display has average contrasts levels and decent sunlight legibility. The viewing angles too are satisfactory with little loss of detail at extreme angles. The touch sensitivity too is real good, although you might want to take your gloves off before using the phone. Powered by an Adreno 203 GPU, images and videos look crisp on the phone. Even the X, with lower RAM, does a decent job of keeping up the frame rate.

The phones don’t exactly have a display that screams out for attention, but they look good on the devices. It would be rather unfair to compare them to the Super AMOLEDs and the Full HD displays. Nokia makes some real nice displays without too many bells and whistles, and this display is no different. The XL might have a larger screen, but is actually a little inferior when it comes to quality, as it has the same resolution as its siblings, but with a stretched-out screen.

A camera to get the job done

The X and X+ come with a 3 MP shooter on board, while the XL has a 5 MP snapper. There is also a secondary front-facing 2 MP camera for video calling on the XL, which also gets an LED flash for its main camera, something that its siblings are deprived of. The 1/5-inch sensor on the X and the X+ captures images with a maximum resolution of 2048 x 1536 pixels, and record 480p videos at 30fps. The 1/4-inch sensor on the XL does marginally better by capturing images at 2592 х 1944 pixels.

The front-facing camera on the Nokia XL can be used to make video calls on Skype.

If you are looking for a camera that will wow you, then you simply are looking at the wrong phones my friend. The cameras on the X series phones are average, at best. These, however, are good enough for most regular price-conscious users who will appreciate how the images look on the phone. The secondary camera on the XL is barely, if ever, gonna be used for anything but ‘selfies’, and the LED flash at its back will not make for brilliant night shots either.

The phones run on a highly customized version of Android v4.1.2 Jelly Bean. The Nokia X Software Platform brings the tiled interface that we so loved on Windows Phone, to Android. The Back button on the phones lets you quickly access your most used apps, using the Fastlane feature. Speaking of apps, Nokia claims that about 75% Android apps will work on its platform. There’s no Google Play or other Google services on board. These have instead been replaced by Nokia’s alternative apps, the most notable amongst them being the much-acclaimed HERE maps. You can download other apps from the Nokia Store, 3rd party app stores, or even sideload apps.

The lock screen on the Nokia X phones.

This surely seems like a dream come true! Android works very well on the phones, although you’ll have a rather tough time coming to terms with the fact that it is, in fact, an extremely heavily-skinned version of the OS. What we love the most about the platform is HERE maps, which are arguably better than Google Maps. We aren’t very fond of the Nokia Store though. Thankfully, you can now root your phone, and enjoy the goodies from Google Play. You might want to keep in mind though, that rooting WILL void the warranty.

From dawn to dusk.

The X and X+ pack a 1,500 mAh Li-ion battery, while the XL is powered by a beefier 2,000 mAh Li-ion battery. The company claims that the X and X+ have a talk time of up to 13.3 hours, and the XL comes with a talk time of up to 16 hours. Safe to say, these phones would easily make it through a day and then some more of heavy usage, on a single charge.

In the past, Nokia have manufactured some absolute marathoners. The X series do not exactly have a marathon battery life, but will comfortably see you through the day. There’s no fancy wireless charging, although that would be asking for a little too much at this price point.

Nokia had a good run with their popular Asha feature phones. With the entry of the budget-Android phones though, their sales have dwindled drastically. As the saying goes, If you can’t beat them, join them, Nokia have done just that, and in style, we must say. The Finns seem to be testing the waters with their entry-level phones, and these surely are set to sell well. When it comes to smartphones, Nokia’s build quality and innovation is legendary. The first lot of the X series phones are set to be a great launchpad for even better Nokia-branded Android devices. These phones are great value for money, and at a sub-USD 200 price point, are bound to give a lot of budget phone makers from across the ‘galaxy’ a lot of sleepless nights.

It is great to finally see what Nokia does best, build quality smartphones for the masses. We must, however, concede that the rumors surrounding the X series surely seemed even more tempting. Here’s hoping that this is the first of many Android-powered phones from the Finnish company. If Microsoft plays their cards right, they stand to make a huge profit out of this lineup. Google too will have a tough time hiding the smirk on its face. For the consumers, it sure seems like happy times are here to stay!