Magical Objects That May See a Future in Real Life

What would you call a cloak that makes you invisible, or a carpet that flies? Only fiction? Think again! In this Techspirited article, we take a look at these, and other seemingly fictional objects, which are in fact well on their way to becoming a reality in the near future.

You are here: Home / IT Jobs / Magical Objects That May See a Future in Real Life 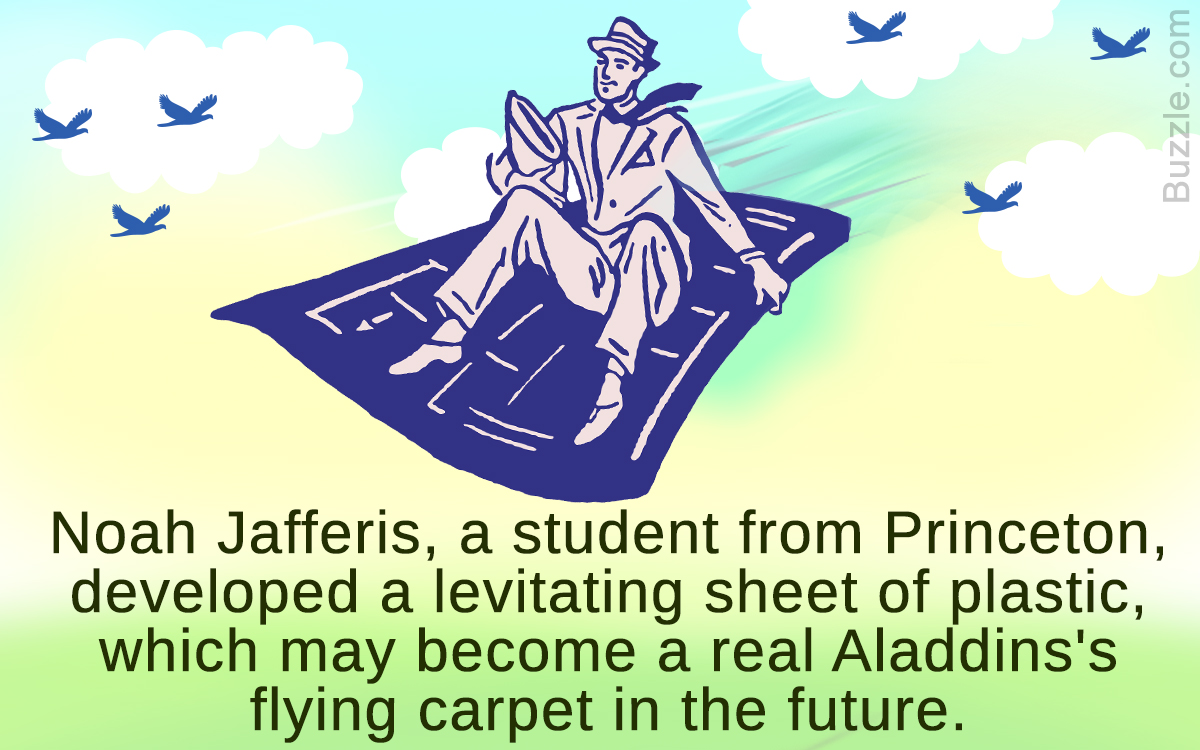 What would you call a cloak that makes you invisible, or a carpet that flies? Only fiction? Think again! In this Techspirited article, we take a look at these, and other seemingly fictional objects, which are in fact well on their way to becoming a reality in the near future.

Recently, eBay banned a number of so-called magical objects from its online store. These included the likes of a healing dream pillow, demon destroyer potion, spells and hexes, and haunted items!

How can you blur the dividing line between fiction and reality? By using science of course! In the following sections, we will look at some magical objects from the world of fantasy and fiction, which, owing to the recent development in science and technology, are all set to cross over to the real world.

Surely every student who has forgotten to do his math homework must have, at one point or another, wished that he had an invisibility cloak! Well, in the future.

For many years, scientists have been trying to achieve invisibility, with varied degrees of success. In a recent experiment, scientists heated carbon nanotubes using electricity. This gave rise to the effect of photo-thermal deflection, which allowed light to bend around the tubes, thus hiding them from sight.

Another possibility of achieving invisibility is through the use of metamaterials, which can bend electromagnetic radiation, including light, microwaves, radar, etc. It may not be possible to turn these materials into flexible cloaks, but using them to hide rigid objects, such as the bodies of jet planes, tanks, etc., might indeed be possible in the near future.

Back in 2011, Noah Jafferis of Princeton University demonstrated the levitation of a 4-inch sheet of plastic. He was able to achieve this by producing ripples of electrical currents, which drove small air pockets underneath the sheet, allowing it to float in the air.

Imagine being able to roll out a carpet, hop onto it along with your princess, and fly in the skies, enjoying the sights and sounds of the city below you. Amazing, wouldn’t that be? Guess what, this might just be possible in the days to come.

In The Belgariad by David Eddings, the orb and the sword can be touched and wielded by no one other than the King of Riva. This magical ability, however, has already been duplicated by technology in some of the items that we use today.

For instance, many new generation smartphones include inbuilt fingerprint scanners. They can identify the owner’s print, and will unlock only for him/her. Similar technology can be incorporated in modern-day weapons, such as guns, which would then only allow the owner to operate them.

Dragon Horn in the Song of Ice and Fire

In the Song of Ice and Fire, we are introduced to the Dragon Horn, which is a kind of sorcerous horn that can stop fights and control dragons. While the latter ability is rather unnecessary, since dragons are long extinct, the former could be very valuable in the real world today.

As such, many types of sonic weapons have and continue to be developed, which can disperse rioting crowds, and owing to their long and wide range, also be used to stop pirates in the seas. The most commonly used one.

Flying cars have, for a long time, been a part of fiction, with the latest one being in the Harry Potter and the Chamber of Secrets, where a Magical Flying Ford Anglia was depicted. This is a truly captivating concept, especially if you are staring through your windshield at a long snake-like line of cars stuck in a traffic jam! It would be so wonderful if you could simply press a button and fly over them to your destination!

Well, this might indeed be possible in the days to come. A Slovakian manufacturer, AeroMobil s.r.o., has been designing a car that can transform from an automobile into an airplane. The first prototype was flown in 2013, and currently the AeroMobil 3.0 is being tested.

The Shield Bracelet from the Dresden Files

The shield bracelet used by Harry Dresden is like the ultimate defense, as it creates a metaphysical barrier around the wearer, which prevents kinetic attacks such as blows or bullets from penetrating though and reaching the wearer.

Currently, research is ongoing into the development of an electromagnetic force field as a means of shielding tanks against external attacks. One type involves the use of a capacitor-based system. The capacitor has metal plates connected to each one of its two terms.

Faerie Rings in the City of Lost Souls

The set of Faerie Rings in the City of Lost Souls permit the wearers to telepathically communicate with each other.

Currently, the science of sub-vocal recognition is the best bet we have towards achieving telepathic communication. It studies the phenomenon of sub-vocalization, which occurs when, for instance, we talk to ourselves or read a word. Our nervous system sends electrical impulses to our vocal cords even though we don’t actually speak.

Scientists are trying to make use of electrodes placed near the vocal cords to detect these impulses, amplify and process them, subsequently translating them into actual languages

The Maraduer Map enables the user to get a real-time location of everyone in Hogwarts. Having it in real life would make the task of keeping track of our loved ones easier, wouldn’t it? Guess what, we already have something today that’s even better than this map.

Google maps and the live traffic that it can display is like using the Marauder Map, except that it’s scope isn’t limited to Hogwarts alone. Similarly, many telecommunication services are offering premium services which allow you to track your family (by tracing their cell phones), and display them on a map, both on your smartphone as well as PC. Now that’s what you can call magical!

The Weasley family clock is another interesting magical object from the Harry Potter series, which tells the location and status of the Weasleys. Each family member has a clock hand dedicated to him/her, which points to predefined locations/statuses: home, school, work, traveling, lost, hospital, prison, and mortal peril.

Inspired by this magical clock, a team of students at the University of Munich built a grandfather clock, which does something similar, albeit without the use of magic.

It uses Android and iOS apps on each team member’s cell phone, which collects their location data and sends it to a web server. This data is then accessed by a micro-controller present within the clock, which correspondingly drives servo motors to move the hands of the clock according to the location of each member.

Thus, this clock is similar to the Weasley Family Clock in almost every way, except maybe the fact that its creators still haven’t figured out how to determine if a team member is in mortal peril!

Harp of King Fflewddur Fflam in the Prydain Chronicles

King Fflewddur Fflam’s harp is a self-playing musical instrument that snaps a string whenever the user lies or exaggerates the truth.

While it is true that musical recordings have largely made the public lose interest in self-playing instruments, there are still some applications out there, where you can find the digital versions of musical instruments which can play themselves.

More interesting, however, is King Fflewddur Fflam’s harp’s ability to act as a lie detector. Recent technology makes use of MRI to study how the brain reacts when the person is telling the truth or lying. Though labs have reported that this technology provides an accuracy of 90%, it still hasn’t been used in the courts in the US.

However, as studies continue and these detection instruments are fine-tuned to increase their accuracy, it is quite possible that highly accurate lie detectors will be available for use in the future.