8 Most Addictive Video Games Ever

For gaming enthusiasts, there is nothing like an eight-hour gaming marathon with your buddies over the weekend! To some, this might seem a like an addiction, but trust us, video games are highly addictive. Here, we have listed out eight of the most addictive video games of all time.

You are here: Home / IT Jobs / 8 Most Addictive Video Games Ever

For gaming enthusiasts, there is nothing like an eight-hour gaming marathon with your buddies over the weekend! To some, this might seem a like an addiction, but trust us, video games are highly addictive. Here, we have listed out eight of the most addictive video games of all time. 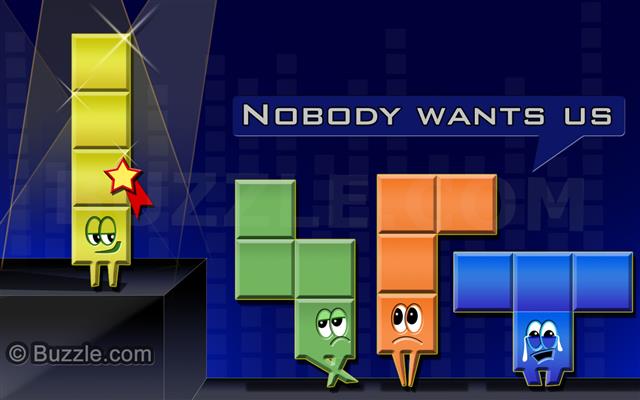 Tips to Overcome a Gaming Addiction

A video game has the ability to generate many emotions in a player. Something about racing, role-playing, or going on quests to slay monsters can undoubtedly give you a rush, all in the comforts of your home. It gives you the opportunity to interact with other players and share a common love for the game. I have to admit, there was a time when I was addicted to Candy Crush; I would see myself playing it even in my dreams. Fortunately, I could control my addiction just before it began to affect me adversely. But on a rather serious note, according to a survey by the BBC, around 12% of online gamers show signs of gaming addiction.

With different and engaging themes flooding the market, deciphering which of these were the most addictive was a little difficult. After pondering for a while, we have come up with eight of the most addictive video games of all time!

Simple yet engaging is the best way to describe this game. The aim of this game is to arrange the games pieces of different shapes that keep falling into the matrix such that you create a horizontal line of ten boxes (or units) with no gap in between them. When such a line is created the boxes in that line disappear, and the whole arrangement shifts down. If the stacked boxes reach the top, you lose. The speed at which the game pieces fall increases as you advance to the next level.

If there’s one game that took the world by storm and captured the attention of the masses―from merchandise to starring in movies―this game has done it all. The basic concept involves shooting some really angry birds into the fortress of pigs. With every level, the difficulty of the game rises and various themes are applied across different versions of the game; right from Halloween to Transformers.

Set in the colorful Kingdom of Candy, this addiction is the sweetest of them all! This games involves pairing similar types of candies among the plethora that are available. With appetizing words like sweet and delicious being used, refraining from playing this game becomes all the more difficult. Every turn gives you five lives to complete the level; if you don’t, then you have to wait for another thirty minutes before you can resume. And just when you thought you have cracked the game, they add a few more levels back in.

Although it may not have visually appealing graphics, but this game can get you hooked even before you know it. The best feature of this game is that it gives players the opportunity to explore, build, and get in touch with their creative side. It doesn’t have a set of goals that players need to achieve, but rather all they are expected to do is survive. It has a twenty-minute night and day cycle. The player may come across non-violent animals that can be hunted for food and material. Usually during nighttime or in a dark place, the player might come across hostile mobs. All the player needs to do is survive.

A world where you get to don cool avatars with different armors and skills, where you can go on quests and slay monsters―sounds intriguing right?! Well, this pretty much sums it up. This a MMORPG that allows its players to interact with other players and non-playing characters and join guilds or groups of other players. With every quest, players can achieve various skills, experiences, and game money for themselves. The best feature of this game is that each quest is related to the previous quests, thus enhancing the gaming experience.

Good things never need to change, this game definitely epitomizes this. The game is set in the Mushroom Kingdom, the sole objective of this game is simple, rescue Princess Peach overcoming all the obstacles that one may encounter. Once you reach the fortress at the end of the game; you win. This game consists of eight worlds with four sub-levels each. This game has been popular for over thirty years, many different versions from racing to sports have been created just to hold on to the interest of the players. The simplicity and the easy to understand gameplay is one the reasons for the prolonged popularity of this game.

As controversial as it may have been, this game definitely gets your adrenaline pumping. The gameplay usually allows the player freely roam through the game on his/her own accord. The player get to choose his own missions that make up the whole story. With engaging activities like racing, action, stealth, shooting at people, and the occasional role-playing, this game has gained huge popularity. However, the content and nature of the game has received a lot of criticism.

Who wouldn’t love a game where you get to play God―this games lets you do just that. What’s appealing about this game is that it doesn’t give its players any specific goal to achieve. The player gets to create people (virtual of course!) called Sims and control their feelings and desires, place them in houses, and create stories for them. The best part about this game is that it leaves everything to the imagination of the players, while the game itself acts as a platform to the player to express himself of herself.

Okay folks, so here some of the most addictive video games that you must enjoy with some caution because once you’re hooked there is no turning back!