With the Apple App store and the Google Play Store's strict approval process, some apps get approved only to be banned later. Techspirited has drafted a list of such exigent apps that either faced controversy and were kicked off, or those that deserve an immediate ban but are still available.

You are here: Home / IT Jobs / 16 Most Controversial and Banned Apps You Really Need to Know About 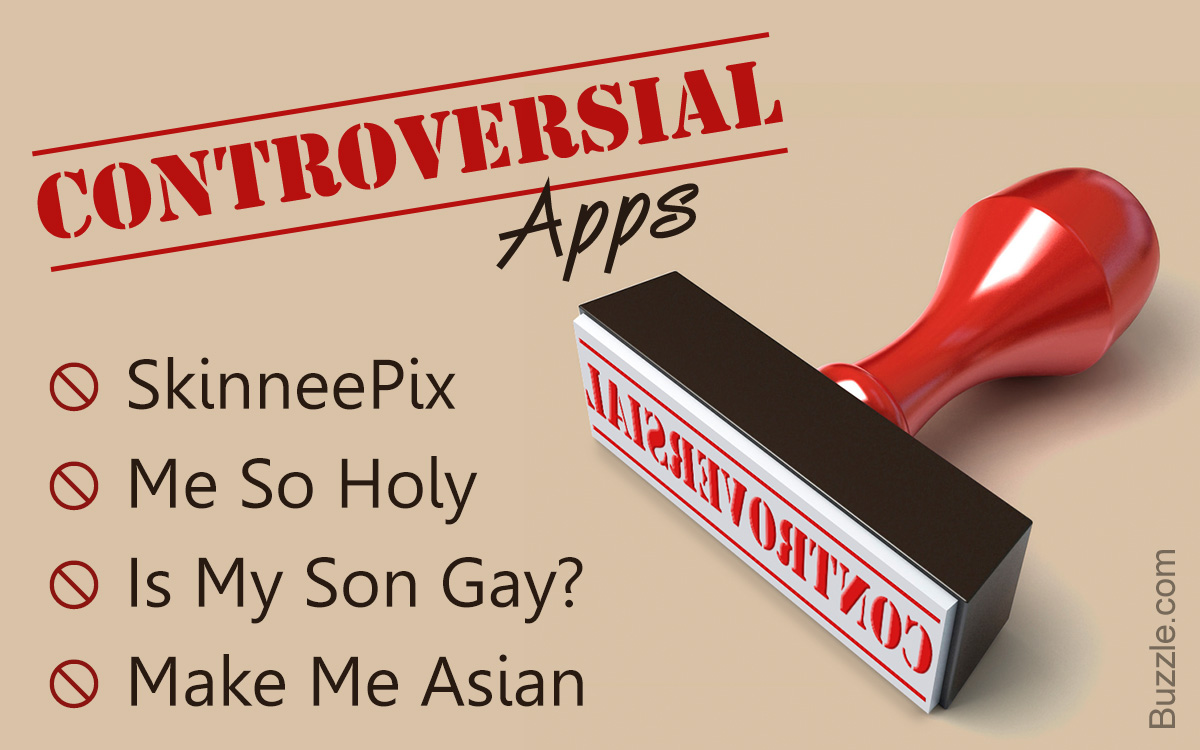 With the Apple App store and the Google Play Store’s strict approval process, some apps get approved only to be banned later. Techspirited has drafted a list of such exigent apps that either faced controversy and were kicked off, or those that deserve an immediate ban but are still available. 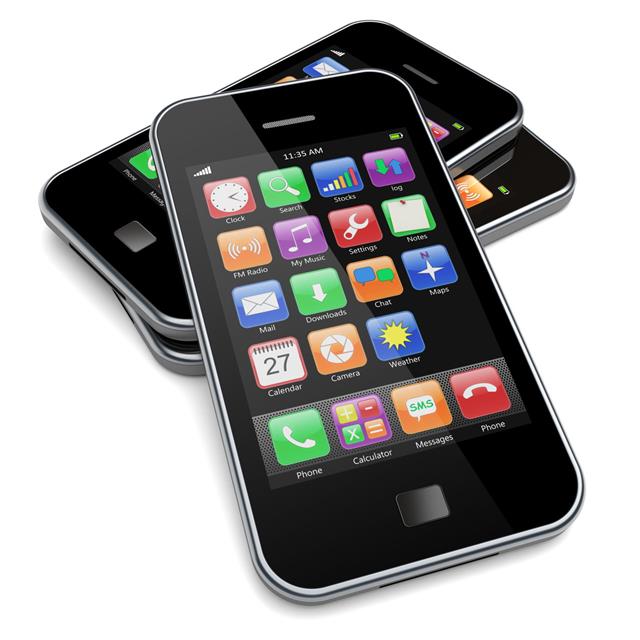 As of May 2015, there are about 1.5 million apps available for Android users to choose from, and about 1.4 million for iPhone users. – Source: Statista

Be it Google or Apple, app stores are flooded with inappropriate attempts to capitalize on drollness or wittiness. With clear specifications about the content on the app not being obscene, pornographic, offensive or defamatory, some developers create whacky apps that escape censors and internet regulators. If technology is to be blamed, users are always in the quest of finding apps that ease their lives in some way or the other. And then, these curious heads come across things that need a filter.

From the raunchiest to the straight absurd, we’ve unveiled the apps that may leave you outraged. It’s hard on our part to believe that these apps actually made it through the strict guidelines of the corresponding stores.

This app has taken creepy to another level. This geo-location app lets you find, or should I say, stalk women in your nearby area, based on public Foursquare check-ins and Facebook posts. It then lets you connect with them through Facebook. The app was immediately taken off from the store for violating API’s policy.

This is one of the most despicable iPhone apps released. Created by Sikalosoft, it let users violently shake their iPhone in order to stop the baby’s loud noises wherein, red Xs (crosses) would appear over the baby’s eyes and he would cease to cry. Apple and Sikalsoft later apologized, and the app was removed when they realized their mistake.

This Twitter-based app, filtered your friends’ tweets in an attempt to make them more ‘urban’, but ended up creating slang sounds that were found to be racist. After being flooded with complaints, the ghetto translator was pulled from the store.

This controversial app let users take a mugshot and superimpose photographs of faces onto various religious figures including Jesus Christ. The app was soon removed by Apple, declaring it to be objectionable. To which the creator, Benjamin Khale posted on his website: Is religion really to be placed in the same category as these violent apps? Sex, urine, and defecation don’t seem to be off-limits, yet a totally non-violent, religion-based app is.

A gay person can be cured in just 60 days by an iPhone app. Can you beat that? If it actually needs to be cured is a controversy too deep to dig in here. But this app claimed to kill the demons that cause same-sex attractions in your body. Apple immediately pulled the app from their app store.

This is one of the most ostentatious and pointless apps on this list. With a retail price of $999.99, this app does absolutely nothing other than displaying a static image with a red jewel, saying “I Am Rich.” Two of the customers who unintentionally bought this app were paid back. This app led the creator, Armin Heinrich a cool $6,000 in his pocket until it was yanked off by Apple.

As the name suggests, this app let you upload photographs and get grades on your beauty; users could rate the face, body, and clothes from 1 to 5 stars. This free app had no restrictions as far as the age or clothing that could be worn was concerned. Things were pretty innocuous until the photo of a nude 15-year-old girl showed up, prompting Apple to ban it.

Apps that are devised to bring disparate people together are always encouraged. And the creator of Swearpost thought he’s adding one to the list. So he created this app that lets you say swears in almost 45 different languages, making you a global swearing master. Well, Apple did not seem convinced; it banned the iOS version for its crude and offensive content.

This app is for all those jilted lovers, scorned exes, and desperate stalkers. The little bit of spyware you install on your friend’s or loved one’s smartphone that runs unnoticed in the background. Once the app starts working, it could forward all the incoming text messages to the stalker’s number. At last, it got a boot from the Android market for privacy concerns.

Even the best of the best comedians hesitate while including racism in their humor. It can get that tricky! But the developers thought they could deal with this. This face-morphing app lets users to import photographs and add stereotypical Asian facial features to them. The creator Kimbery Deiss took this to another level by launching spin-offs that targeted Indians, African-Americans, and many more. Can it get anymore racist?

Lulu is a sexist app that lets women rate men they know from Facebook on the basis of their romantic, personal, and sexual appeal. It doesn’t end here, it also lets them link their ratings to their Facebook pages with hashtags ranging from #BigFeet to #OneWomanMan. Despite the criticism, Lulu is still available for download, gaining millions to Alexandra Chong.

Is My Son Gay?

So we got an app that will help confused parents to determine the sexual orientation of their children by answering a set of questions! The app was released for promoting a comedic novel by the same name. Google was bombarded with complaints from LGBT advocacy groups, prompting them to pull it off the Android market.

This game existed as an online flash game since 2006 but got noticed when it was moved to the Google Play Store. It gives players the control of a hunter, asks them to kill naked gay men. And if they don’t shoot these men, they’d have gay sex with them. The description read, “Play and do not be gay!” Again, a successful Twitter campaign led to the removal of this app from Google Play Store.

This app has been addressed as a form of virtual prostitution time and time again. The tagline goes, ‘messaging may get her interested, but bribery will get you a date’. It allows users to offer ‘carrots’ to other people; lets them send incentives like chocolates or dinners and gets them to agree to a first date. The app has been labeled as ‘sexist’ and ‘misogynistic’. The creator says, it’s been developed for less-attractive men to overcome hurdles in the online dating world and believes in bribing women with gifts. And it made its way to the iPhone App store as well.

This controversial app claims to make you feel better about your looks. All it does is take your selfie and edit it, giving you the option to subtract 5, 10, or 15 pounds from your weight. However, users are not very happy with it. It makes scrawny people look starved, and weighty people feel bad about themselves. All this comes at the cost of $0.99.

Created by Colin Hedge and Omri Mor, this popular app does exactly what you think it does. It promises to make it easier for people to ask their Facebook friends for casual sex. With intentions made clear, the service notifies both parties if there’s a match. It was taken off the App store for being too vulgar; however, it is still available on the Play Store.

Some Contentious Apps That Need A Mention