The G Pro 2 is LG 's flagship phablet for 2014. This Techspirited article brings you all there is to know about this mighty device. 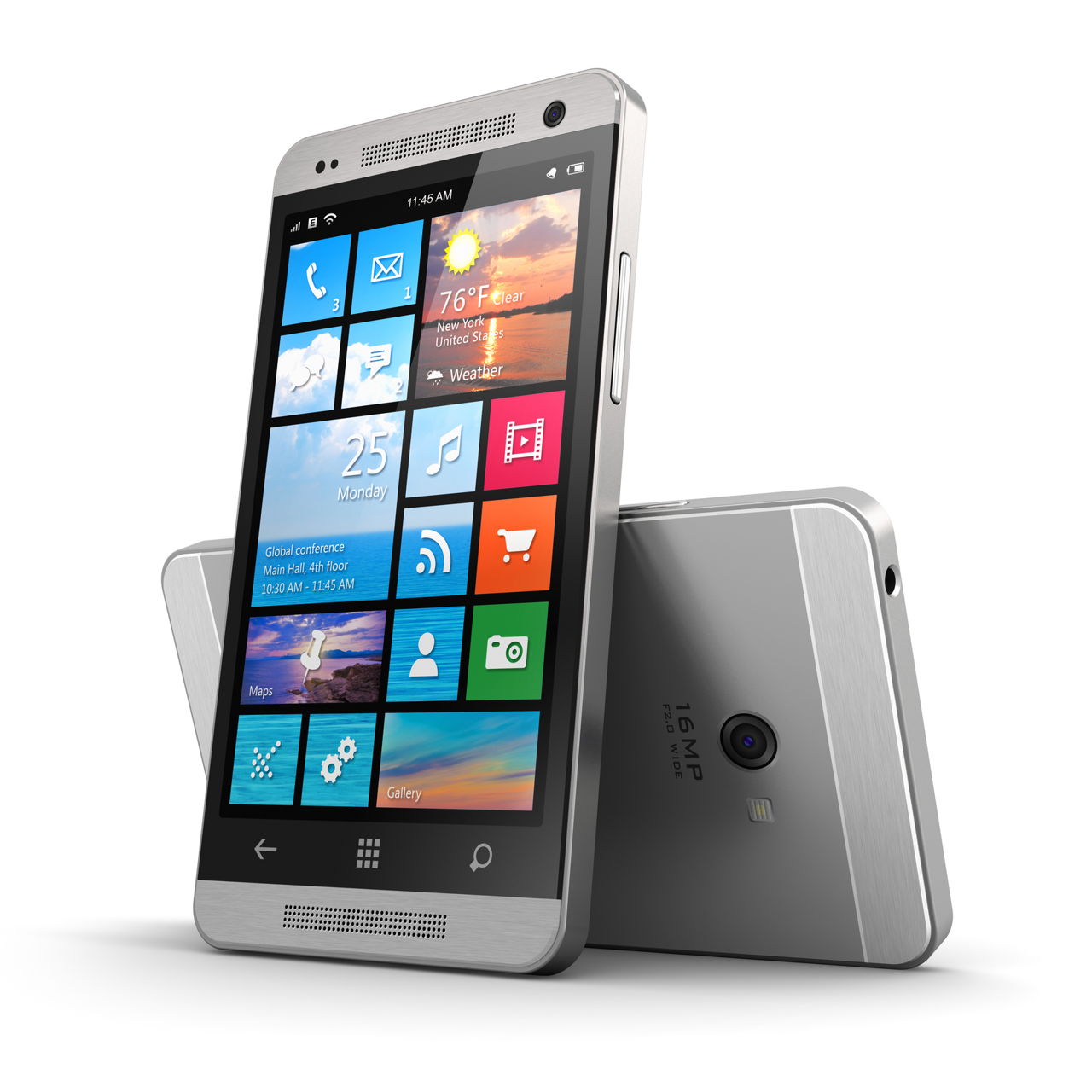 The G Pro 2 is LG ‘s flagship phablet for 2014. This Techspirited article brings you all there is to know about this mighty device.

After languishing at the bottom of the table in the mobile arena, LG surprised one and all by ending 2013 on a real high. The Korean conglomerate’s first commercially successful phone in a long time, the LG G Pro, set the ball rolling. It had a good spec sheet, loads of screen real-estate, and some rather nifty software implementations. The phone might not have set sales records on fire, but it sure paved the way for something bigger―the LG G2. The G2 was arguably the most impressive phone of 2013, garnering rich praise from all quarters. The phone was crowned the best smartphone of the year by popular tech sites Stuff.tv and PhoneArena. With a screen size of 5.2 inches, the phone took over the regular-sized smartphone segment. With this segment conquered, LG has now focused its attention on bigger things, quite literally.

The company recently launched the LG G Pro 2, the successor to the G Pro. The phablet brings in the best of both worlds, the hardware and software tweaks of G2 and the large screen size of the G Pro. There has been a steady rise in the demand of 5.5″+ phablets, and LG is looking to cash in on this opportunity with its latest offering. So, is the G Pro 2 worth your time and money? Or is it another case of ‘good idea, bad implementation’? Here’s finding out.

The LG G Pro 2 is essentially a blown-up version of the G2. With dimensions of 157.9 x 81.9 x 8.3mm, and tipping the scales at 172 g, it surely is pushing phablet boundaries and venturing into smaller tablet territory. The front of the phablet is occupied by the screen with very little bezel around it. Just above the screen are the sensors and secondary camera, which flank the earpiece grille towards the edge at the top. Below the screen is the LG logo and no other keys (the phablet opts for on-screen navigation buttons). A thin metal strip runs around the sides which have no physical elements except for a crevice on either side to open the back panel. Speaking of which, the back houses the same button layout as found on the G2. Toward the bottom is the speaker grille. The plastic back panel has a textured finish which should help prevent accidental slips. The panel can be removed to access the Micro SD card slot and the Micro SIM port. The top of the phone has the 3.5 mm audio jack and the secondary mic for noise cancellation, while the bottom houses the microphone and the Micro USB port at the center.

An over-sized knight in plastic armor!

This is one enormous phablet which is almost impossible to yield in one hand. The back-mounted buttons that we loved so much on the G2 are extremely difficult to reach on the much larger G Pro 2. We’ve never been big fans of plastic-clad phones, and this is no exception. On the brighter side though, the phone does not have any squeaky parts, and it feels solid in the hand.

The LG G Pro 2 is available in Titan Black, Silver, and White variants.

The G Pro 2 comes with a powerful Qualcomm Snapdragon 800 chipset and a 2.26 GHZ quad-core Krait 400 CPU. There’s also 3 GB of RAM to handle even the most demanding of multitasking with ease. The phablet comes in 16/32 GB variants and also has a Micro SD card slot to further expand the storage by up to another 64 GB. The G Pro 2 has the entire connectivity set, like Bluetooth Smart Ready (BT 4.0), Wi-Fi (802.11 a/b/g/n/ac), NFC, SlimPort, etc.

Blazing-fast processor and enough room for an entire music library.

Although we weren’t too pleased with the external elements of the phablet, the internals surely win back our favor. The powerful processor on board, and the overkill of RAM, should be more than enough ammunition to handle even the most daunting of tasks on the device. Like a child on Christmas morning finding his gift under the Christmas tree, we are overjoyed to find a Micro SD card slot hidden beneath the back cover. It is heartening to see manufacturers finally paying heed to the demands of the customers and bringing back the much-loved memory card slots.

The G Pro 2 comes with a massiv 5.9-inch Full HD IPS display. Taking a leaf out of the G2, the phablet sports real thin bezels around the screen, creating an illusion (especially on the black variant) of being all-screen up front. The contrasts on the display are good, and sunlight legibility too is fairly decent. The Adreno 330 GPU churns out smooth images and videos that make for viewing media on the phablet a delightful experience.

One extra-large display coming right up.

The large screen on the G Pro 2 makes for a great cinema-viewing experience. The almost bezel-less screen gives the phablet a very rich feel, and it can easily take on the mighty Note 3.

The G Pro 2 has a swashbuckling 13 MP camera, similar to that found on the G2. The goodness of OIS+ (the G2 had OIS) is still here, along with the many camera features that were found on the company’s flagship phone of 2013. The G Pro 2 goes further by bringing in UHD video recording (4K resolution) at 30fps and slow-motion video recording (720p) at 120fps. There’s an LED flash that helps capture images in a dark environment. A 2.1 MP camera capable of shooting videos (1080p) at 30fps sits just above the screen and aids video calling and taking self-portraits.

We loved the camera on the G2, and we’re real happy to see an even better camera on the G Pro 2. It is good to see the company focus its attention on developing a great camera to go with what is already a great phablet. 4K-video recording with OIS+ is the perfect icing on the cake, and the 3 GB of RAM should ensure that this is one smooth ride.

The QuickWindow cover for the LG G Pro 2 is very handy.

Running on the latest version of Anroid, v4.4.2 KitKat, the phablet is remarkably zippy, in spite of the heavy LG UI on top. The UI is almost identical to that found on the G2. The G Pro 2 comes with a ton of software tweaks like Knock Code, Content Lock, 1W Hi-Fi Sound, Mini View, Dual Browser, etc.

LG, much like their Korean counterparts, Samsung, tend to go overboard with the software tweaks on their smartphones. While we must admit that some features like Knock Code and the incredible Hi-Fi Sound are brilliant, others like Qslide and Dual Browser seem way too gimicky. We love the fact that the phablet comes with the flavors of KitKat on board.

The G Pro 2 relies on a 3,200 mAh Li-ion battery to power it through the day. The phone should easily make it through at least a day of heavy usage on a single charge. What is even better is the fact that the battery is user accessible, so you can pop in a fresh spare battery in case you run out of juice on your phone.

Chugging along all day long.

The large battery on the G2 was one of its biggest strengths. The case is no different with the G Pro 2 that comes with an even beefier removable battery. What is even more incredible is the fact that a bigger battery doesn’t come at the cost of a broader waistline.

The LG G Pro 2 is undoubtedly one of the finest Android phablets available today. With its super-powerful hardware, the phablet gives the Samsung Galaxy Note 3 a good run for its money. The G Pro 2, however, walks away with the cake with its superior camera and better battery. Having said that, we must admit that the phablet is definitely not the prettiest around. At the end of the day, if you are looking for a large-screen device with some serious firepower and a great camera, the LG G Pro 2 might just be the perfect companion for you.

Most of the rumors surrounding this phablet were accurate, while some others seemed just a little too far fetched. LG have started off the year on a high with the release of the LG G2 mini and the G Pro 2. The latter really is an interim flagship device that is merely warming things up for the LG G3, which is slated to launch later this year. The G Pro 2 is a really nice device, but not one that really blows our mind. Onto the next big thing then?