This article will give you an insight on the latest Intel and AMD processors, followed by a comparison between the two.

You are here: Home / IT Jobs / Intel Vs. AMD Processor Comparison 2017 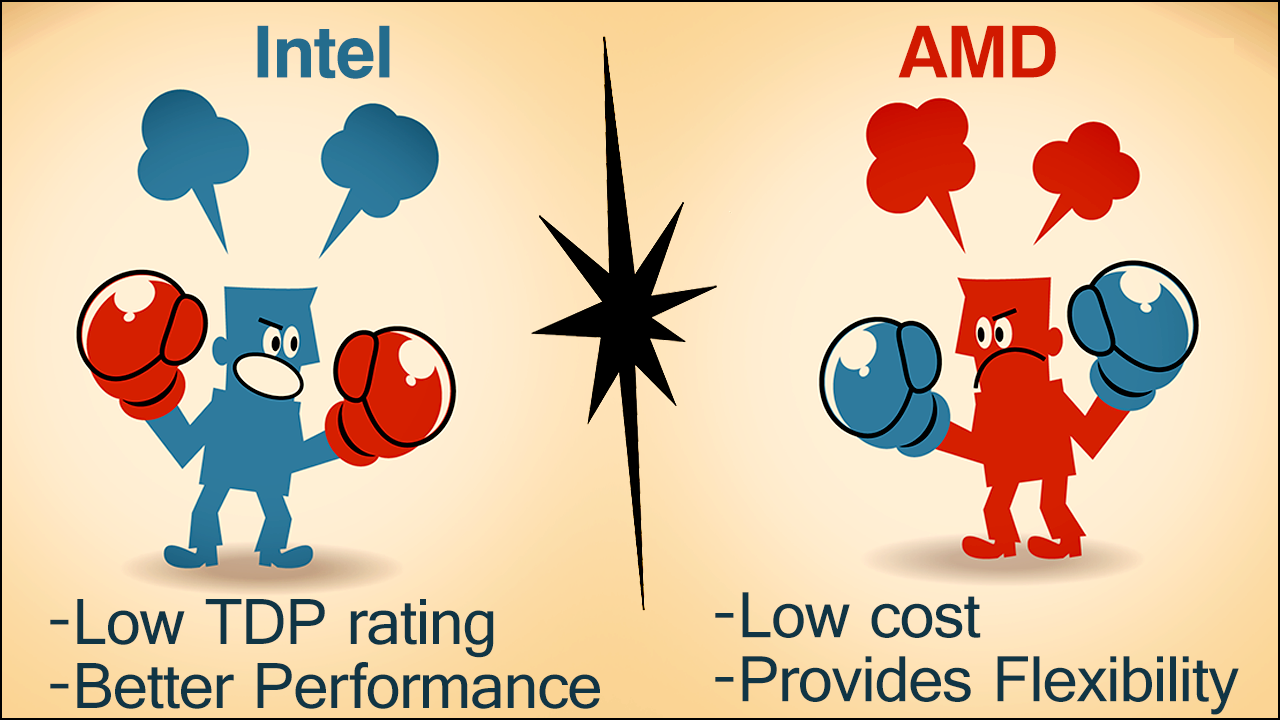 This article will give you an insight on the latest Intel and AMD processors, followed by a comparison between the two.

Ever since computation came into existence, the war of creating the best processor exists. There have been two major contenders for the title: Intel and AMD.

The fight for being the best has always brought out the best technology from these two manufacturing giants. The cut-throat competition is going to continue. Let’s look at some of the launches of Intel and AMD for the year 2017.

The year 2017 saw AMD moving ahead of the Intel in terms of the processor performance. It took AMD almost a decade to grab a position ahead of Intel. It was finally achieved and thanks to AMD’s Ryzen Threadripper processors.

These processors overtook Intel in-terms of its gaming and processing speeds. Intel initially responded to this by altering certain features of the Skylake series. Later Intel came up with the i9 ‘XE’ (Extreme Edition). Although the XE series processors are not cheap to buy, they offer the highest level of performance.

While choosing a processor for your computer, all you need to keep in mind is its application. According to the application you can determine the speed, flexibility, graphics, and also the price . Let us look at some of the parameters.

Performance
If you want the best processing performance you should opt for Intel chips. The processors of Intel have low TDP rating as compared to AMD. This implies that it draws less heat, and thus consumes less power. This is because of its hyper threading technology. AMD Ryzen has implemented Simultaneous Multithreading (SMT) in its processors with TDP rating as 180W, but still Intel i9 7980XE with 165W TDP rating overpowers AMD in performance. Since AMD has more cores in a single unit it may tend to get heated up, impeding the performance of the CPU.

Clock speed
It is one important parameter to be considered while comparing processors. Processors are locked at a particular clock speed, but there is always scope for improvement. Increasing clock speed can boost the performance of the processor. Both Intel and AMD support overclocking. With Intel you need to go for ‘K’ or ‘X’ series, whereas with AMD you need to look for Ryzen. Overclocking requires a good cooling system. The i7- 8700 K is capable of handling the 4.7 GHz turbo frequency in comparison to the 4.2 GHz of Ryzen7 1800X.

In a nutshell we can say that both the companies are having a cut throat competition with each other. The technological gap between the Intel and AMD is diminishing as time is moving ahead. However, the competition is not going to end so soon.