How Does the World Wide Web Actually Work? So Damn Interesting! 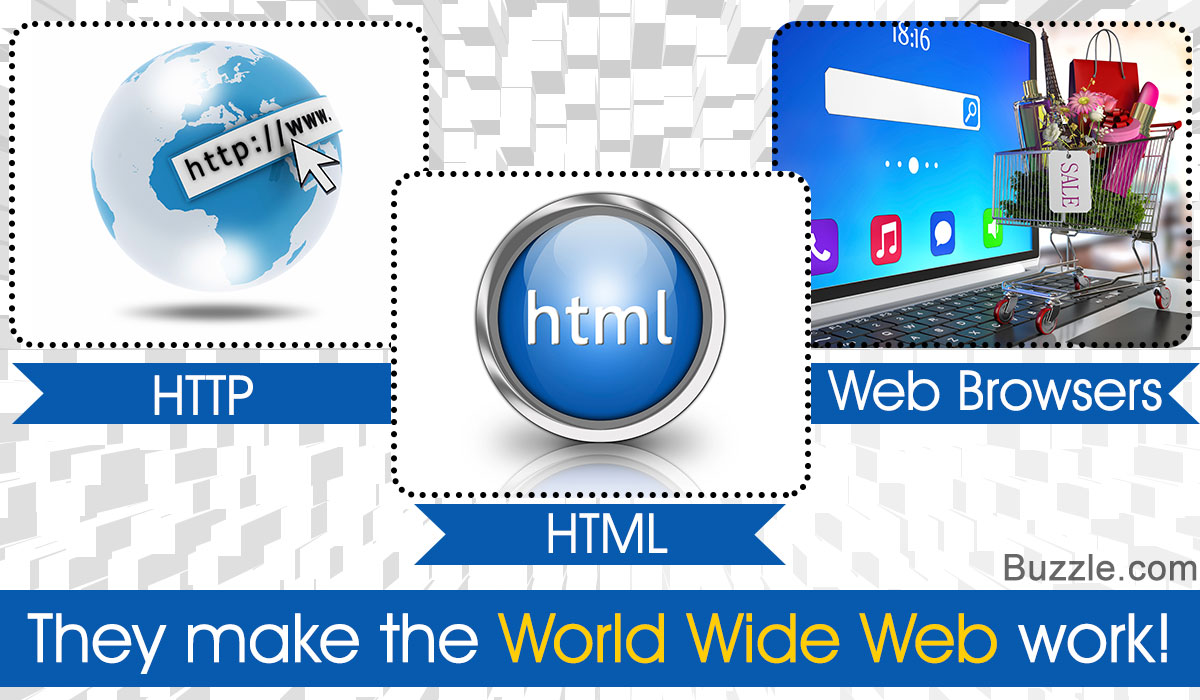 The World Wide Web is a huge collection of hypertext documents and hypermedia. It has facilitated easy access to information over the Internet. To find out how the World Wide Web works, read on.

Before understanding how the World Wide Web works, let us delve into the history behind the creation of this smart information base, popularly known as ‘www’.

It was the genius of Sir Tim Berners-Lee, an English computer scientist and MIT professor, who created the World Wide Web. While he was working at CERN in Switzerland, he built ENQUIRE, a closed database of information containing bidirectional links that could be edited from the server. ENQUIRE was in many ways, similar to the modern-day World Wide Web.

In 1989, Berners-Lee wrote a proposal describing an information management system. True, the concept of hypertext originated from projects such as the Hypertext Editing System at Brown University and similar projects by Ted Nelson and Andries van Dam, both working in the field of computers and Internet technology. But Berners-Lee accomplished the feat of combining the concepts of hypertext and Internet. He also developed a system of globally unique identifiers for web resources, which later came to be known as Uniform Resource Identifiers.

Working of the World Wide Web

Asking how the Internet works is not the same as asking how the world wide web works. Well, Internet and the World Wide Web are not one and the same, although they are often used as synonyms. While the Internet is an infrastructure providing interconnectivity between network computers, the web is one of the services of the Internet. It is a collection of documents that can be shared across Internet-enabled computers. The network of web servers is the backbone of the World Wide Web.

The Hypertext Transfer Protocol (HTTP) is used to gain access to the web. A web browser requests for a particular web page to the web server, which responds with the requested page and its contents. It displays the page as rendered by HTML or other web languages used. Each resource on the web is identified by a globally unique identifier (URI). The domain name system, a hierarchical naming system for computers and resources on the Internet, is used to resolve the URL into an IP address.

Presence of hyperlinks, the worldwide availability of content, and a global readership are some of the striking features of the World Wide Web. The interlinked hypertext documents form a web of information. Hyperlinks present on web pages allow the web users to choose their paths of traversal across information on the web. They provide an efficient cross-referencing system and create a non-linear form of text. Moreover, they create a different reading experience. The information on the web is available 24/7 across the globe. It is updated in real time and made accessible to web users around the world. Except for certain websites that require user login, most other websites are open to everyone. This all-time availability of information has made the Internet a platform for knowledge-sharing. Thanks to the use of a common HTML format for rendering web content and a common access method using the HTTP protocol, the web has achieved universal readership.

The World Wide Web, a compilation of millions of hypertext documents, has brought together information from all over the world, ‘just a click away’. Before leaving this web page, take a moment to thank the World Wide Web; for if it was not for the web, you would not have landed here!