The Flavors of Google – Android Versions Over the Years

Android has found its way into our lives right from mobile phones to LED TVs. This Techspirited article looks at the different versions of this OS over the years.

You are here: Home / IT Jobs / The Flavors of Google – Android Versions Over the Years 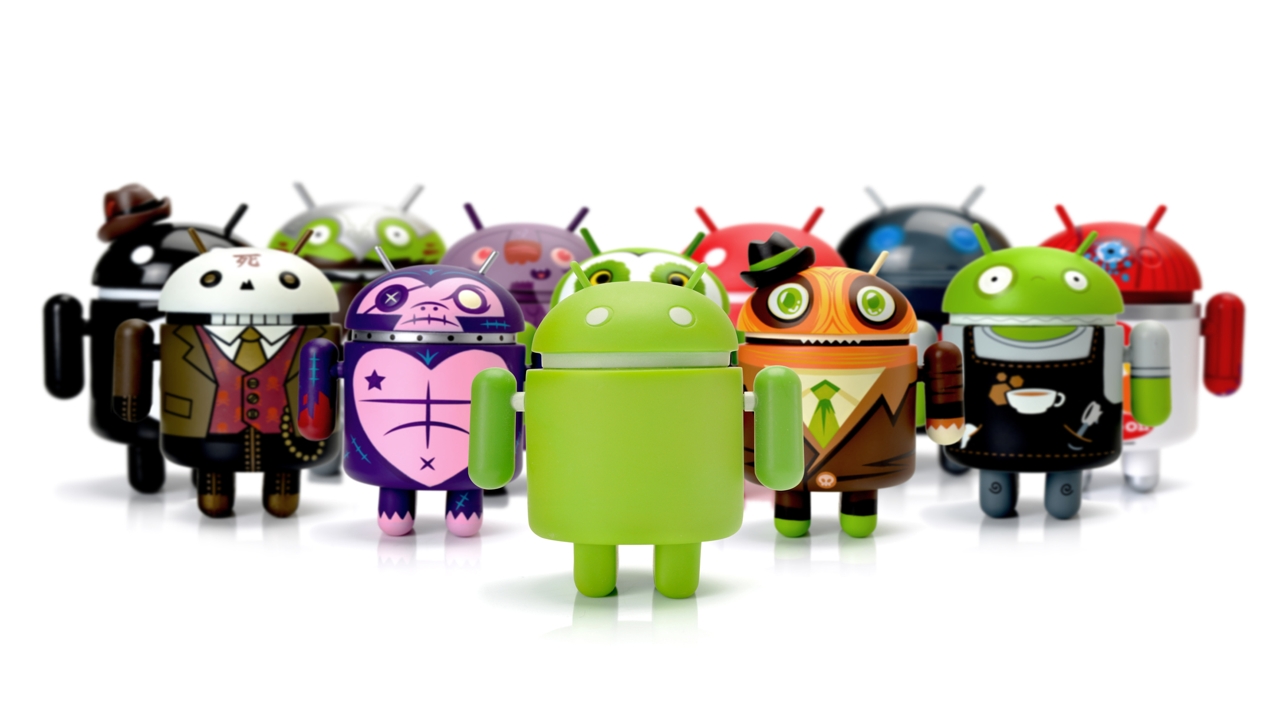 Android has found its way into our lives right from mobile phones to LED TVs. This Techspirited article looks at the different versions of this OS over the years.

As of September 2013, Google announced a mind-boggling 1 billion activations in total! That is more than 3 times the population of the United States.

The smartphone kingdom is one that has an undisputed king―Android. Although skirmishes with its nearest rival iOS are commonplace, Android ends up with a larger chunk of Apple’s pie; this is mainly because Android runs on the devices of various OEMs, whereas iOS runs only on Apple devices.

Now, Google has set its eyes on total world domination, aiming at releasing its OS on other appliances like refrigerators, washing machines, microwaves, etc. But this mighty OS had a very humble beginning, way back in 2008, when it was first launched commercially.

Over the years, the OS grew, as incremental upgrades were released frequently. The various versions of Android brought in some real sweet tweaks and features to the platform. All major upgrades are named after confectionery, which perfectly complement the version. These names follow an alphabetical order, starting from v1.5 Cupcake, to the latest v4.4 KitKat. Here’s a look at the many flavors of this hugely popular operating system, and its evolution over the years.

The first version of Android, released on the HTC Dream, might not have set the stage on fire with its feature list, but it surely set the ball rolling for what would turn out to be one of the most powerful mobile operating systems in the world. It featured the Android Market (Google Play) to download applications onto the phone. It had some other smart features like a capable web browser, camera support, Gmail synchronization, Media Player, YouTube video player, etc.

This version of the OS included major bug fixes to the previous version. It also brought introduced some new features, along with a slight increase in processing speed.

This was the first version of the OS to have a codename. This was a major upgrade over the previous version of Android. It brought in support for third-party keyboards, video recording and playback, animated screen transitions, auto-rotation of the UI, etc. Cupcake also brought in smoother and faster transition between the screens. One of its most popular features was the support for widgets on the home screen.

Donut was a marginal upgrade over the previous version of the OS. It introduced a lot of features like text-to-speech, improved Android Market, faster camera, multiple selection of images, WVGA screen support, etc.

This was a minor update which included bug fixes, UI tweaks, and changes in the framework of the OS.

Another minor update for Eclair, v2.1 was released to fix bugs, and bring about minor changes to its application programming interface (API).

Froyo build upon the success of its predecessor, and worked on fixing the issues with it. The update introduced a host of features like speed optimization, Adobe Flash support, USB tethering, improved application launchers, push notifications for emails, installing applications to memory card, etc.

This update fixed minor bugs, but the main purpose of this update was to fix the infamous SMS routing problem that plagued the Nexus One.

The last of the updates for Froyo, this update brought two key security patches to Android.

Gingerbread was perhaps one of the biggest updates for the Android platform. The UI was a lot more polished, and the OS boasted of some pretty neat features. Some of the additions to the OS included easier-to-navigate UI, speed improvements, native support for SIP VoIP calls, improved keyboard, NFC support, dual-cam support, tweaks to enhance gaming, etc.

This was a minor update which fixed a lot of bugs from the earlier release.

This was another minor update that was released to further fix bugs, and improve performance aimed mainly at the Google Nexus S.

Android v2.3.3 was a minor update that brought about several API fixes, and overall system improvements.

This Android update introduced the video-chat feature to Google Talk. It also brought in support for the Open Library Accessory function.

The main aim of this release was to fix various bugs from the earlier release. This also solved the problem with voice search in the previous update.

Google Wallet found its way to Android through this update, which was primarily aimed at the Nexus S 4G.

This was the first version of Android released solely for tablets. The entire UI, and other functions were designed to enhance use of the larger screen estate on these devices. It offered a lot of features like holographic user interface, System Bar, Action Bar, improved multitasking, additional camera options, multi-core processor support, etc.

This update furthered the features on the tablet-centric OS. It brought in several UI tweaks, resizable widgets, support for external hardware like keyboards, pointing devices, joysticks, and gamepads.

Android v3.2, still called Honeycomb, brought in a lot of optimization to support more tablets. It also featured a compatibility display mode, which helped view applications that were unable to use the entire screen resolution.

This update introduced a lot of improvements like easier auto-updates to the Android Markets. It also featured updates for Google Books, Wi-Fi improvements, and better Chinese handwriting prediction.

This update was mainly for the Motorola Xoom 4G, and brought in bug fixes, and minor improvements.

This update was released for the Xoom tablets, and its aim was to fix bugs.

This update brought the Pay as You Go feature to 3G and 4G tablets.

This was yet another update to fix bugs in the Motorola Xoom tablets. It also brought in minor performance improvements to the tablets.

This update fixed the data connectivity issue on the Motorola Xoom 4G, while switching from the airplane mode to normal mode.

Another major release for Android phones, the v4.0 featured the on-screen navigation buttons from Honeycomb. The entire UI seemed to get an overhaul, and the screen transitions were smooth and lag free.

This update was released to fix minor bugs on the Samsung Galaxy Nexus.

Another update that fixed bugs on the Galaxy Nexus.

This update fixed a lot of bugs from the previous versions, and brought about a lot of optimizations. It also brought in enhancements to the calendar, better video stabilization, improved graphics, etc.

This update addressed the many stability issues with the OS. It also brought in refinements, and new features like camera enhancements, smooth screen transitions and rotation, smarter dialer, etc.

This was a major incremental update that brought in much-needed performance improvements to the OS. The most notable improvement was the implementation of ‘Project Butter’, which made the entire UI extremely fast. The transition effects too were extremely fluid thanks to this update. It also boasted of a lot of features like audio enhancements, improved voice search, Google Chrome as default browser, better graphics, etc.

This update for the Google Nexus 7, fixed the screen orientation bug from the previous updates.

Apart from other bug fixes, this update fixed the issue of screen rotation on the Lock screen of the Nexus 7. Apart from various performance enhancements, it also featured one-finger gesture for interacting with notifications.

This was an update to fix the bug in the calendar app. It also brought in support for joysticks and gamepads as HIDs.

Android v4.2.2 added a few new features, and also fixed some bugs from the previous releases. It also added several performance tweaks to speed up the UI.

This was a minor update mainly aimed at fixing bugs on the Nexus 7 LTE. It also included some tweaks to improve the performance of the device.

This is a long-awaited update, initially rumored to be Android v5.0 Key Lime Pie. It integrates all the messaging options into Google Hangouts, apart from bringing in many other performance tweaks. It is also one of the lightest builds of Android and is designed to work with as little as 512 MB of RAM.

Android continues to flourish and grow at a rapid pace. What makes it such a potent force is the massive user base, supported by a large developer base.

The latest version of Android, KitKat, named after a popular chocolate from Nestle/ Hershey’s promises to bring in even more features and enhancements to this hugely popular OS. Apples may well keep the doctor away, but it seems like there’s little they can do to stop the march of the Android army!