You are here: Home / IT Jobs / Striking Differences Between Port Triggering and Port Forwarding 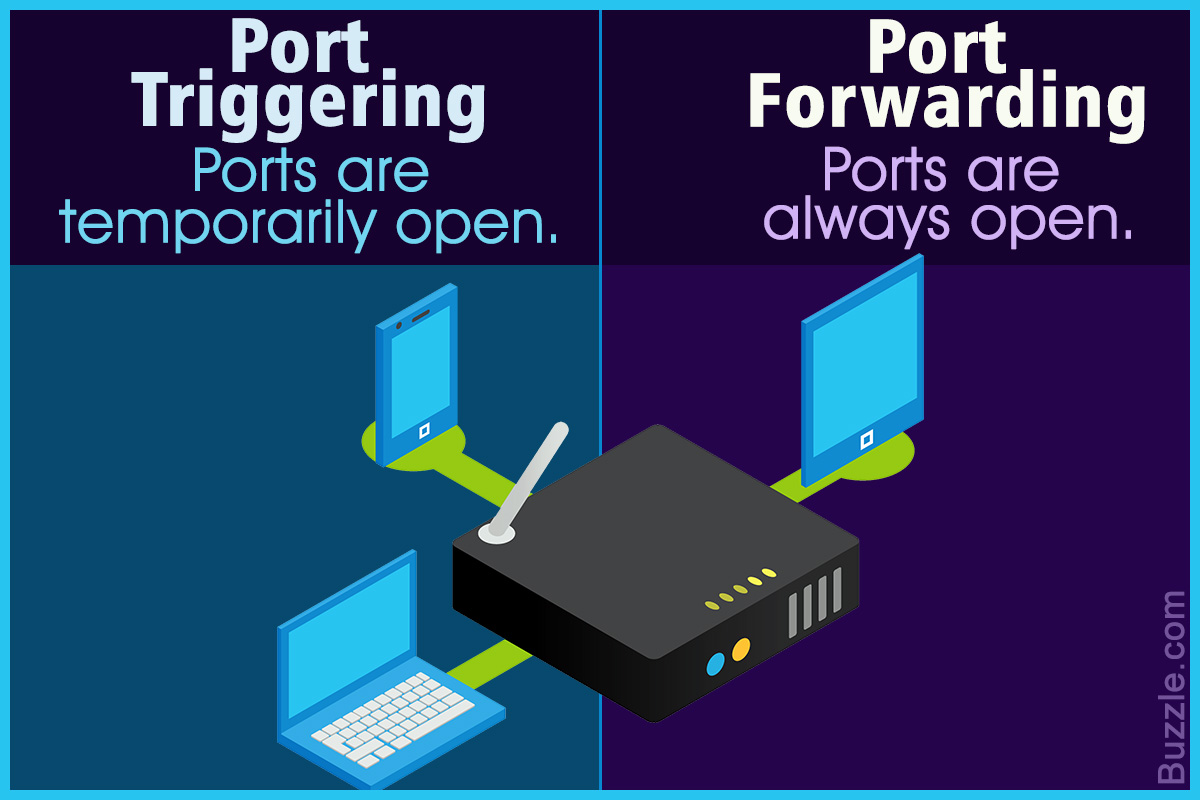 In order to transfer data between computers (users), it is necessary to connect them to a local network. Routers are the devices that connect these computers to available networks. This data transfer should take place in a secured manner, so as to avoid any phishing attacks. Thus, a router uses two configuration types, port forwarding and port triggering in order to detect the right port for sharing the secured data. Let us take a look at the differences between these two configuration types, in this Techspirited article.

This configuration type takes care of your computer’s Internet presence, even if you are using a router. Confused? Let us take a look at an example to understand this principle. But before doing so, we will look at few networking basics.

Remember, the port forwarding configuration is available on NAT-enabled routers. Network Address Translation (NAT) is the technology which allows each device in a particular network to have a unique IP address. The entire network will have only one publicly visible IP address, which is used to send/receive data from the Internet.

Let us say, you wish to visit www.ibuzzle.com, your computer doesn’t send this request directly to the ISP (Internet Service Provider). This request is first forwarded to your router. The router will make a note of the internal device (your computer) which initiated this request, by storing its IP address in the routing table. Then, the request is sent to the web server and upon receiving the requested data, it is forwarded to the correct device (by using the IP address). This way, the device is connected to the said web server via the router.

In case any Internet page requests for information from your device, the router will forward this request to the said device by using its IP address from the routing table. Thus, the requested information reaches the web server.

Due to permanent opening of incoming ports, it can be subject to attacks. The lack of security is the disadvantage of port forwarding configuration method.

As the name suggests, this configuration type is active only when it is triggered. Port triggering is known as a subset of port forwarding where specific ports are triggered to send out data. This port opening takes place according to the triggering rules that are set while initial configuration.

Let’s take a look at an example. While configuring the router, a triggering rule is set or decided which says, when data flows out of port 25, it is forwarded to port 40. When the router sees data flowing out of port 25, it executes the triggering rule, i.e., it forwards port 25 on to port 40. Thus, the port triggering takes place. Once the data is sent, router closes all the ports! If it detects traffic on port 25 again, the specific ports (25, 40) are reopened.

In this configuration type, the concept of timer is also introduced. The timer tracks the time for which the ports are open. Once the ‘set’ time is over, these ports close automatically. Hence, if data is to be sent after the timer resets the port status (closes it), a fresh connection has to be set up. Such a setup provides added security to the data, because all the ports are closed unless triggered.

Because the port opens temporarily, a server that is looking for data from your device will be unable to connect to you. Only when the port is open, such data transfer can take place. This is the biggest disadvantage of port triggering type of configuration.

Now that we have understood the basics of both configurations, let us take an overview of the differences between them.

Though port triggering may be a secure method to connect devices to the Internet, it is not widely used because of the temporary opening of the ports. Most developers prefer port forwarding configuration due to its easy setup and permanent opening of ports.