All About the 24 Types of Barcodes and Their Fascinating Uses 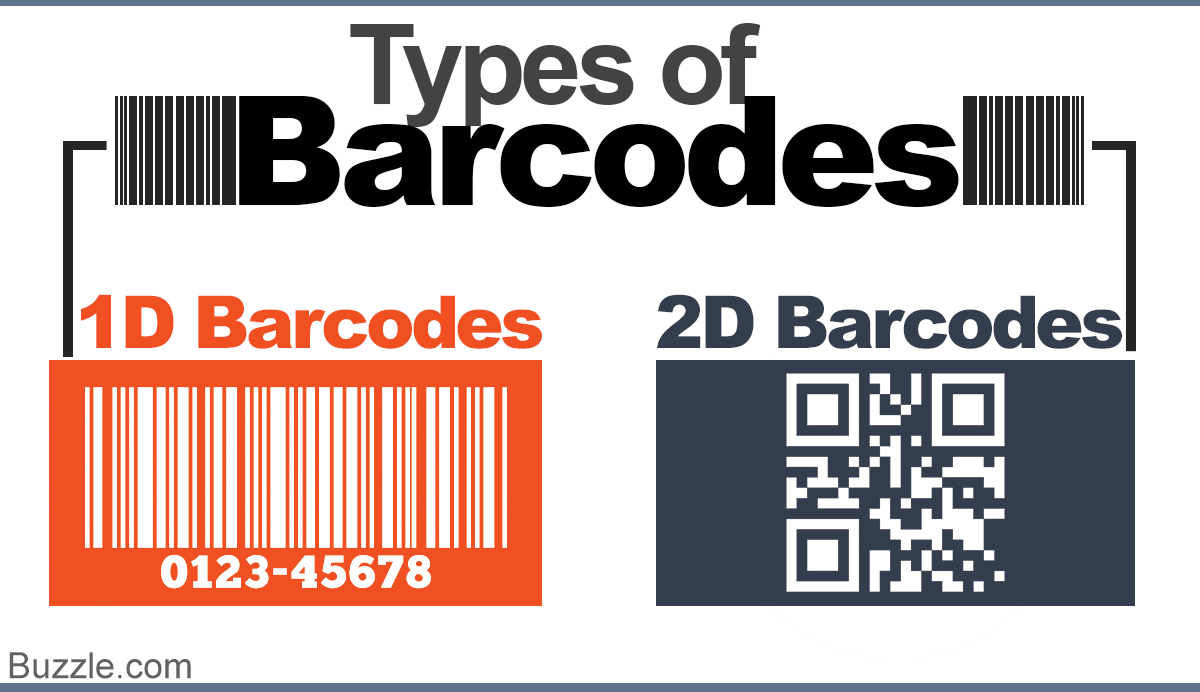 Barcodes are nothing but a combination of numbers and alphabets printed in a machine-readable format. Let’s take a look at the different types of barcodes and their uses.

One of the oldest and most popular barcodes―Code 39―was developed by inventors Dr. David Allais and Ray Stevens in 1974. Its popularity can be attributed to the fact that ever since 1981, the U.S. Defense Department has used Code 39 for marking all its products. What’s more, these barcodes can be read by humans visually, without the need for special equipment.

Have you ever noticed the pattern of vertical black and white bars that are placed on price tags or credit/debit cards? These are called barcodes, and are generated by using a combination of numbers or alphabets. The purpose of such a representation is that this pattern contains important or useful information about the product that it adorns. You can store any information or links in these codes, which when scanned using a barcode scanner, transfers this data to the connected computer. Thus, the scanner gets basic details about the product.

The first barcodes to be developed were 1D or linear barcodes. These are the barcodes that are often seen on household products and credit/debit cards. These bars represent numbers or characters, and usually, do not store a lot of information. Here are the different barcodes that fall under this category:

This barcode contains 16 characters and additional four start/stop characters. This code is self-checking, and hence, does not have a check digit.

This is a numeric-only barcode which encodes numbers from 0 to 9, dash, and start/stop characters. This barcode is not very secure, and hence, one or two check digits are used.

Characters:
➽ 0-9, dash, start/stop characters
➽ ‘C’ checksum used if code contains 10 or less characters, while ‘C’ and ‘K’ checksums are used if the code is 11 characters or longer.
➽ Sum of weighed value of each character when divided by 11, gives the check digit C (K is calculated in similar manner).

This barcode contains alphanumeric characters along with checksum digit for verification. It is divided into three code sets (A, B, and C), which can be mixed in one barcode, with each code set containing different characters.

Used By:
➽ Shipping and packaging industry for verification of container and pallet levels in the supply chain.

This is a variant of Code 39, and is also known as the Italian Pharmacode. This code was developed by the Italian Ministry of Health, and is a self-checking code, i.e., it doesn’t use any check digit.

Characters:
➽ ‘A’ is the start character but is not part of the encoded data.
➽ Quiet zone of a width of 10 narrow bars.

This is the first alpha-numeric barcode which is used in non-retail markets. It is a variable-length symbol and is self-checking.

This is an improved version of Code 39, but is 48 characters long (including *). This barcode represents the full ASCII character set by using a combination of 2 characters.

This barcode is widely-used in consumer markets all over the world. It is similar to the UPC-A standard (the American version), the only difference being the number system (UPC-A uses single digit 0-9, while EAN-13 uses double digit 00-99).

This barcode is a shorter version of EAN-13. It has only four digits in the right and left halves. This barcode was developed because the longer EAN-13 didn’t fit on smaller packages!

It is a special form of EAN-13. The only change being that it starts with ’99’. It is used as an in-store coupon, which is relevant only in one store (they are distributed inside the store). 99 is the country code that this barcode uses.

It is a special form of EAN-8, with the first digit as 0. It is a shorter way to send data, and it is used by dealers for internally numbering the products when they are purchased from the producer/manufacturer.

This barcode standard has been around since the ’60s and gets its name from the fact that characters are encoded with 5 bars, 2 of which are always wide. There are no spaces used in this barcode. The ones used are only for separating the bars.

Characters:
➽ Checksum of modulo 10 may be included in the barcode.
➽ Start and stop characters are 11010110.
➽ Encoded characters are denoted with N (narrow bar) and W (wide bar).

Used By:
➽ Photofinishing industry, warehouse firms, and airlines for their tickets.

ISBN stands for International Standard Book Number which is a unique number assigned to each published book. It is a 13-digit number (few have 10 digit) which has a GS1 Prefix: 978 or 979. The encoded characters are separated by either a hyphen or a space.

Used By:
➽ Booksellers and stationers

The Universal Product Code (UPC-A) is the standard barcode symbol used in the United States. It is a 12-digit barcode with four areas: Number system, manufacturer code, product code, and check digit.

It is a variation of the UPC-A, and one that eliminates the extra zeros from the barcode. It compresses the UPC-A barcode by reducing the 10 characters (manufacturer code and product code) to 6 characters! No check digit is included in this barcode, instead it is encoded in the parity of the 6 characters.

These barcodes are for representational purposes only and have Techspirited encoded in them.

This barcode contains light and dark square data modules that are placed in a specific finder pattern. It has a center dark module with concentric squares around it. The full core supports up to 32 layers, which can encode 1914 bytes (8-bit data values) of data. It also includes error correction codes that are based on Reed-Solomon algorithms, where the correction percentage of 5-95% can be chosen by the user.

This barcode is based on the 1D barcode Code 128. It can encode the complete ASCII 128-character set, which includes alpha-numeric data. About 2 and 16 rows are used to represent data, such that each row has its unique start and stop identifiers. The scanner reads this data in any format and later on, rearranges it in a proper manner. There are two checksums (modulo 107) that are located the end of each row.

The Portable Data File (PDF) 417 barcode has a fixed pattern of 4 bars and spaces, such that each pattern is 17 units long. It includes about 3 to 90 rows, with 929 codewords: 900 for data and 29 special characters. Reed-Solomon error correction 2 to 512 codewords are added. These codewords are arranged in different patterns, such that each pattern starts with a bar and ends with a space. This barcode has a quiet zone which is the minimum white space to be left before the code, left row indicato

The Compact Portable Data File (PDF) 417 barcode is a truncated version of PDF417, where the non-data overheads are compressed or omitted completely. In 1994, in the original AIM USA and Europe PDF417 specifications, this barcode was known as Truncated PDF417. However, later on to avoid confusion with the common use of term ‘truncated’, it was renamed as Compact PDF417.

This barcode, though having similarities with PDF417, represents data in combination of rows, columns, and error correction (about 7) codewords. The maximum combination is up to four data columns by 44 rows. It is a multi-row barcode which is used for its symbol size reduction feature. The reduction takes place by three methods: Text compaction mode, binary compaction mode, and numeric compaction mode. It allows encoding of alpha-numeric data: 256 8-byte values.

This barcode contains black and white square modules that are arranged in a square or rectangular pattern. It can store up to 2335 alpha-numeric characters, which is about 1556 bytes of data. Reed-Solomon error correction codes are incorporated in the symbol, which allows recognition of codes that are 60% damaged.

This barcode is capable of handling alpha-numeric characters, Kanji, Kana, Hiragana, symbols, binary, and control codes. The number of modules in each symbol are different in each version, i.e., Version 1 (21 x 21 modules) to Version 40 (177 x 177 modules). With the increment in versions, additional 4 modules per size are incorporated. These codes include error correction codewords that are capable of restoring data even if the code is damaged.

This barcode is known as the URL barcode, because the sole usage of this tag is to store website addresses. Based on the Data Matrix 2D symbol, the URLs are encoded into barcodes. This barcode was developed with an aim to be used with phones that have cameras, so as to capture a website address, and view the website in the browser.