Did You Know?
The iPad Air, marks the first design change in the iPad series since the introduction of the iPad 2. The Air is thinner (7.4mm) and lighter (478g) compared to the iPad 2 (8.6mm and 613g).
A few years ago, the market for tablets was considered, at best, risky waters. It was hard to see tablets becoming popular by any stretch of the imagination. But Apple's success story just proves that even the best of us have to sometime eat our words. Today, the market for tablets is not only less risky, but competitive as well, with every major manufacturer, and some minor ones too, developing and selling a tablet.
As mentioned before, Apple's iPad itself has sold over 170 million units, which is a staggering number. If you are thinking that there is nothing great in that number, then try this―Apple manages to push almost 10 to 15 million iPad per quarter, which is indeed a great achievement. In this article, we take a look at some of the reasons for this high number, and also if you should buy one, and help Apple get those numbers higher.
Reasons to Buy an iPad
Though there are many people who think that there are never enough reasons to buy an iPad, I'm sure a few of these points will leave them surprised, if not convinced. In short, here are the reasons why you should consider buying Apple's highly successful iPad.

Of course, you must remember that an iPad is not a replacement for a laptop or a computer. If you look at it as a replacement for your trusty, but bulky and old laptop, then you are going to find a few necessary elements severely lacking. The iPad is a tablet, a device to do those things that you can't quite manage on your phone, and don't really need to switch on your computer for. Think browsing, email, multimedia, light gaming, and you'll get the idea. And in these tasks, the iPad shines. Still not convinced? Let's take a deeper walk through the above points.
Portability
Depending on the model you buy, the size of the iPad ranges from 7.9 inches to 9.7 inches. This makes it a highly portable device, that you can actually carry around with you without feeling the weight. And that is when you are out of the house. The portability is much more convenient when at home, where you can browse the web right from wherever you are sitting, whether on the couch, out on the porch, or even in the kitchen. Cooking a dish to surprise your wife, and need some help? The iPad is perfect. Working in the garage and need some DIY instructions? Again, the iPad is much, much more convenient than going to your computer, or even carrying your laptop to the garage. With the heaviest model weighing just 730 grams (the lightest model is 310 grams), carrying it is not going to break your arm either. This might not seem like a major point, but try holding a laptop for a substantial while, and you will immediately see what we are talking about.

Portability is a major factor that made the iPad the success it is today, but that in itself was not the only factor.
Access
This is another factor that helped the iPad on the way to success. You can connect to the Internet in a couple of ways from an iPad. All iPad models have Wi-Fi connectivity, and this enables you to surf the WWW wherever you have Wi-Fi access. In addition to that, some models feature 3G connectivity as well, for those times when you don't have access to Wi-Fi. This makes sure the iPad can always be connected to the Internet wherever you are (of course, you will have to be in an area that has cellular reception). For your everyday tasks, this is very convenient, as you can look up something in the back of a cab even while traveling, something that would be very cumbersome to do had you to remove your laptop and turn it on, even assuming that you could connect to the net from your laptop.

With almost everything being done online now, this is a very useful feature, and has no doubt helped the sales of the iPad.
Ease of Use
iOS is one of the easiest operating systems to use, and the learning curve for someone new to the OS is noticeably short. The OS is intuitive, and this makes it easy for almost anyone to use the iPad. As Apple keeps improving on the OS, more and more technophobes have started realizing that they too can use the iPad without much difficulty. This is a major selling point for Apple. By keeping it simple, yet elegant, they have ensured that they are tapping into more than just the younger generation as users. There are many cases of grandparents using the iPad to talk to their grandchildren via FaceTime or Skype. In addition to the OS, the method of input, that is, the touchscreen, is also another factor that contributes to the ease of use. Almost everyone, from senior citizens to young children, can effectively use the touchscreen.

Ease of use has surely contributed to the success of the iPad, and if you haven't got an iPad because you think that you could never manage to use something like it, then I'd recommend you to give it a try. You'll love it, and wonder why you thought you could never use it.
Apps
Apple has more than a million apps in its App Store, and of those, around 475,000 are for the iPad. This means that there is probably an app for whatever you want to do on the iPad, increasing the utility of the iPad by leaps and bounds. All the major things that you use your laptop for can be done on the iPad with the help of a few apps. There are apps for popular social networking sites, like Facebook and Twitter, apps to read ebooks, apps to blog; you name it, and there's probably an app for it. Yes, there is an app to watch TV shows and movies as well. You can read, check your mail, listen to music, watch movies, make video calls, message people, take pictures, and do much, much more on your iPad.

With almost half a million apps for the iPad, there is very little reason why you should not buy it. And installing these apps is just a click. Even the newest noob will be able to install apps on an iPad. Another check-box ticked in the climb to the top? We surely think so.
Battery Life
This is something that most people will be aware of. Everyone wants superior battery life, and thankfully the iPad delivers in this department too. Of course, don't be like the farmer who killed the golden goose; we are comparing this to your laptop. When working on a laptop, the most you will get is about 2 hours of battery life, more if you happen to have the newest Macs. After that, you're pretty much tethered to a wall socket. On the iPad, you'll get almost a full day of use without having to look for a socket out of the corner of your eye all the time. Of course, you won't get the muscle of your laptop, but for the times you need to check mail or browse for something, you'd rather want to do it without thinking about your battery all the time.

Of course, one could argue that the newer ultrabooks give more battery life, but this is in addition to the points above. Portability, convenience, and battery life. A pretty good combination, we'd say. And we have 170 million people to back us up.
Instant On (Boot)
When we talk about battery life, you have to remember that the full day (or 8 hours) that Apple promises is when the device is kept on, with the screen locked. Try doing that to your laptop and see how long the battery lasts. And even if we remove the battery factor, imagine the convenience of your iPad being ready to accept input from you all the time. Without having to wait for it to power on. Need an answer to a question before anyone else? No problem, a couple of clicks, a couple of taps, and you're done.

This is something else that contributes to the success of the iPad; people want everything fast these days. In times where even a few seconds can mean significant losses, the iPad performs remarkably.
Of course, all these factors can be the same for any tablet, and not just the iPad. But in spite of there being tablet manufactures by the dozen, the Apple iPad is in a league of its own. Everything, right from the design to the technology, is impeccable. Buying any Apple product makes you feel like you are a part of an exclusive club, and the iPad is no exception. It is beautiful to look at, and performs admirably as well.

That's not to say that there are no downsides to it. There are quite a few features that put off people from buying the iPad. These include the price (Apple products are notoriously expensive), the lack of expandable storage options, the dependability on iTunes, the lack of file format support, and a few other things.
In spite of these drawbacks, we would have no hesitation in recommending anyone to pick up an iPad. All said and done, the product is brilliant for what it is marketed for, and there is no getting around that. Should you buy an iPad? Most definitely, you should.
Share This

Should You Buy the New iPad? 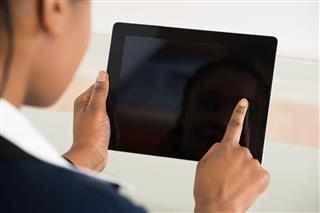 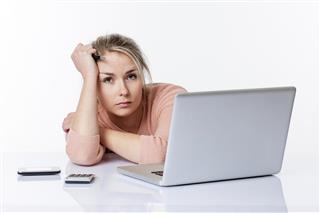 Which is Better - iPad or Laptop 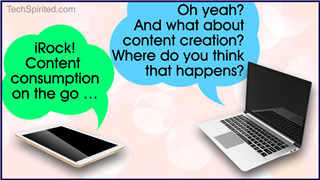 Which iPad is Right for Me 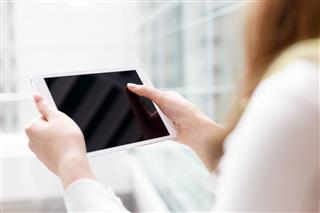