Why are Keyboard Keys Not in the Alphabetical Order?

A pretty common question we find beginners asking is why keyboard keys are not in alphabetical order. Think you have the answer to this? Just check this post to find out!

You are here: Home / IT Jobs / Why are Keyboard Keys Not in the Alphabetical Order? 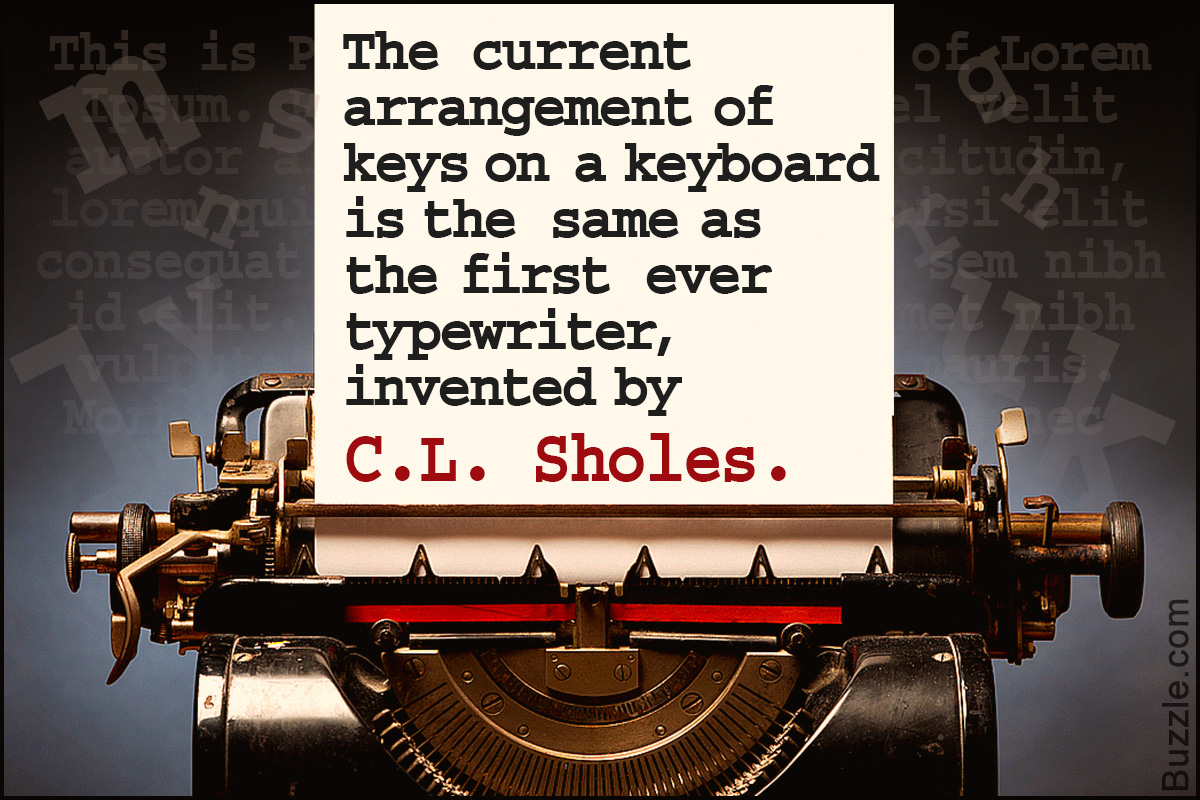 A pretty common question we find beginners asking is why keyboard keys are not in alphabetical order. Think you have the answer to this? Just check this post to find out!

If you have been using a computer for quite sometime now, then you must be aware of the fact that the layout of the keyboard that you use to type words, is not in accordance with the sequence of letters in the English alphabet. Just have a look at the keyboard you’re using right now. It is difficult to find a logic behind such a haphazard arrangement of letters, isn’t it? Fancy the letters not finding their “deserved” positions on the keyboard! Consider the alphabet ‘A’, for example. Should it not ideally be the starting key of the first row? But alas, it was not to be. The “poor” letter is seen nowhere in the first row but can only be found in the second! Similar is the case of the letter ‘W’, which has been moved up to the first row. This arrangement of letters is termed as the ‘QWERTY’ arrangement after the first 6 letters of the keyboard. So, what is the reason behind this arrangement, and is there a reason in the first place? Let’s look for answers in the subsequent section.

Reason Why Keyboard Keys are not in Alphabetical Order

To understand the logic behind the present arrangement of letters on the keyboard, the QWERTY arrangement, we have to go back (albeit for a while!) to the later part of the 19th century, when typewriters were the norm, and the invention of the computer was almost half a century away.

The typewriter was a simple device invented by C.L. Sholes in the year 1873. The typewriter had metal bars known as type bars and each type bar had the mirror image of one letter or character on its end. These type bars were arranged such that all the letters appeared from A to Z. Typists found it easy to look for the letters on the keyboard and hence, began to type very fast. But there was a problem with this ‘normal’ arrangement of letters. Rapid typing made the adjacent type bars stick to each other and this called for additional efforts from the typist, who had to manually separate them before resuming work. This problem was more often observed for adjacent keys that were frequently used together.

To counter this problem, Sholes made a list of all frequently appearing combination of letters in the English language and after studying them, came up with a new layout. The objective of this layout was to place these letters far apart on the keyboard, thus preventing the type bars from getting entangled. However, some people are of the opinion that the objective of developing the QWERTY keypad was merely to disturb the alphabetical sequence of letters so that the typists took a longer time to look for each letter, slowing down the speed of typing, in the process. A lesser speed meant less chances of the adjacent type bars getting jammed!

With the arrival of the computer in the 1940s, typewriters were fast replaced by these new advanced machines that promised to make things easier than before. However, there was one dilemma: the people operating typewriters in offices were the same people who were to now operate computers. The situation demanded that they be trained to operate the new machine, but training so many people was not considered worth the money spent. So, the computer keyboards came with a layout that was similar to what was already on the typewriters and this continues even today, as the QWERTY layout has become the industry standard.

Before I sign off, I’ll share with you some interesting facts about the preferred keyboard layout of our times, the quirky QWERTY!

Thus, we see that it is the typewriter that is to blame for the difficulty in typing that we face today. However, people have more or less grown used to the layout and it is fast replacing the traditional keypad in cell phones as well.