What is Kaseya Agent and How Does it Work?

For those frustrated with their management programs, Kaseya Agent is an all-rounder in this area. From securing your network to maintaining it, no mission is impossible for this agent.

You are here: Home / IT Jobs / What is Kaseya Agent and How Does it Work? 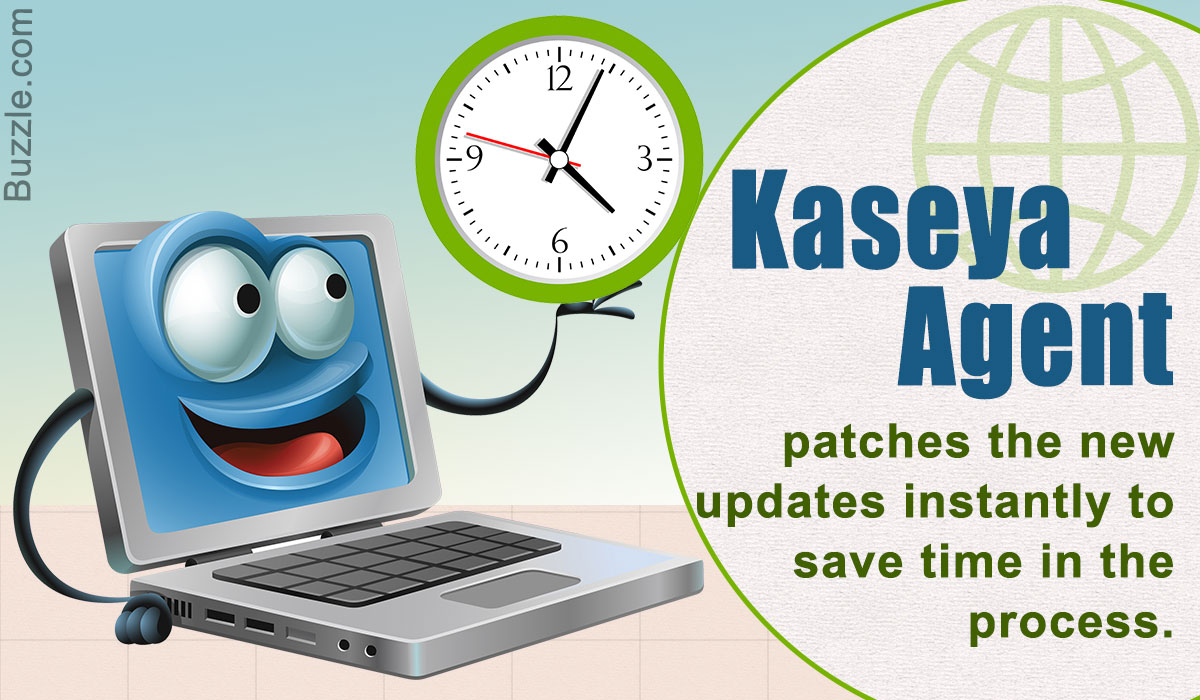 For those frustrated with their management programs, Kaseya Agent is an all-rounder in this area. From securing your network to maintaining it, no mission is impossible for this agent.

System administrators have always faced the difficult task of maintaining their network of PCs efficiently. There’s always that someone who tries to bypass the firewall, so that he can watch a video about kittens. If dire warnings can’t curb their behavior, then a program definitely can.

Kaseya Agent is such a program that helps maintain the integrity of the server and protects the database. With all the power of the server in one person’s hand, it couldn’t get easier to maintain the network. Kaseya Agent even has its own app. With just a touch of a button, it can stop the onslaught of viruses and Trojans trying to find a backdoor to a company’s secrets. Over the years, it has built up a reputation of being one of the foremost providers in infrastructure management. This article illustrates the needs and uses of Kaseya Agent, with the following points.

What is Kaseya Agent?

Kaseya Agent is a software primarily for remote management. It enables a single framework for maintaining the IT policies for the company. It also aids the administrator in patching updates and monitoring the situation, and controlling it remotely.

What Does it Do?

Although it’s notorious as a spy management tool, it only monitors the activity of those with suspicious behavior. Kaseya Agent has a feature which lets it route out patches for updation of other computers on the same network. It also has an in-built customer service center that distributes e-tokens for complaints.

Kaseya Agent can also be installed as an app. For those who like to free themselves from the use of a keyboard, this is a very suitable option, and helps maintain the network.

One of the dream features included in Kaseya Agent, it enables one to collect as well as update information remotely. Only two things are required for this to work: Kaseya Agent and a working Internet connection. The network admin can even resolve complaints by seeing the error that the user sees and solving it via a few commands.

Patches of new updates are available almost immediately. The program scans the PCs in which the software is installed and instantly updates them. It won’t create any hindrance in the workplace, with the updates running silently in the background. The network admin filters the updates which are safe, and then administers them.

The program scans the server for information on the IDs of the computer. It then collects hardware information and number of products installed, and makes a detailed report. It also creates a summary report detailing the update status and disk-space utilization of every computer, which plays a key role in maintaining the health of the computers.

Scripts play a major role in maintaining the database for the network. Kaseya offers separate scripts for the server and the network. They can be run after work hours, so as not impede the working process. The scripts are stored in a centralized location, which can be accessed by every computer in the network in a round-robin fashion. Scripts can be edited and custom created to ensure a smooth working of the network.

How to Uninstall Kaseya Agent

1. You can uninstall the program by going to Control Panel and clicking on Add/Remove Programs.
2. Click on the Kaseya Agent program icon, and it will prompt you with a dialog box that asks you to confirm whether you wish to remove Kaseya Agent.
3. Click on Yes, and watch the progress bar as it tells you the remaining time for uninstalling the program.

1. Copy the KaseyaUninstall.pkg.zip file from (Installed Directory)\Kaseya\WebPages\ManagedFilles\VSAHiddenFiles\macInstall|KaseyaUninstall.pkg.zip
to the desktop.
2. Unzip the files and run the Uninstall program.
3. Click on Install to the Macintosh Hard Drive. Although it says install, it’s running an uninstallation program which removes Kaseya Agent and its associated files.

1. On the device, locate the icon of Kaseya Agent app.
2. Tap and hold the icon, and an X will appear next to it.
3. Tap X. When prompted, select Delete to remove the app.

Kaseya Agent is a powerful program and app which can be used to maintain a network of computers. It offers even more features like anti-malware removal, antivirus security, and backup management. This ensures that your network runs smoothly, and you have more time to concentrate on strategic initiatives.