There are a lot of stories about the emergence of life, and Spore is one such game based on a similar story. This game allows controlling, evolving, and customizing an organism of a peculiar species right from its cell stage to civilization stage, and further to the space stage. It's a very addicting, player dominated game, with a unique theme and a catchy storyline. However, if Spore feels old school to you, here are some Spore alternatives.

You are here: Home / IT Jobs / 8 Awesome Games Like Spore

There are a lot of stories about the emergence of life, and Spore is one such game based on a similar story. This game allows controlling, evolving, and customizing an organism of a peculiar species right from its cell stage to civilization stage, and further to the space stage. It’s a very addicting, player dominated game, with a unique theme and a catchy storyline. However, if Spore feels old school to you, here are some Spore alternatives. 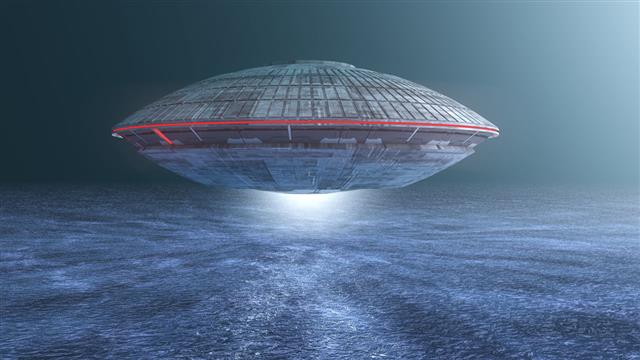 The word Spore basically means a single-celled microbe which multiplies without the need for sexual fusion; the game too revolves around a similar concept, wherein a tiny organism leads to a mighty planet of mutated creatures.

Though Spore amused a lot, it’s not the only game in the life-simulation/god game genre. What’s a god game? It’s quite evident from the name of the genre itself – a game that allows the player to control and transform the game world on a much larger scale. It’s also called a life-simulation game, as the player controls certain in-game lifeforms or species right from their conception to evolution.

There are only two reasons for which you could be here; either you are bored playing Spore, or you wish to explore other games like Spore. Whatever the reason, you are here for alternatives, and we shall provide you some. Take a look at some free as well as paid games like Spore.

Games Similar to Spore
#1 Thrive
Developed on similar lines like that of Spore, Thrive actually is a much more improved and scientifically logical life-simulation game. The game is based on an open source platform, which necessarily means that it is completely free to explore as well as for further development.

Although in its foundational stages, the game features a lot of customization, and is aiming towards clubbing entire solar systems with new organisms, technology, and culture. The game comprises 7 stages of evolution, which include microbe, multicellular, aware, awakening, society, industrial, and space; and features 3 gameplay modes – observer (you control/observe a creature), organism (you are the creature), and strategy (you control large troops of creatures on battlefields). This game is fully compatible with Windows, Mac, and Linux.

It’s already starting to sound a lot more exciting than Spore, isn’t it? Why wait then? Go ahead and Thrive.

#2 Darkspore
The Maxis-EA duo is back with another creative, yet improved storyline. You could either call Darkspore a sequel of Spore or a standalone title altogether. Darkspore are basically evil organisms created mistakenly through a faulty DNA experiment. Your task is to create your own army of mutated creatures using a more stable version of the DNA experiment, to confront darkspore and stop them from destroying the galaxy.

A lot of customization is taken from the original Spore; however, the game features its own RPG elements, making it more fun and addicting. Along with single-player battles, Darkspore features online multiplayer modes like co-op and PvP, which make the gameplay even better.

The game is available solely for the Windows platform. Check out Darkspore.

#3 Flow
Here’s another evolution game, especially meant for fans who like the cell-stage of Spore. You play as a multi-segmented worm-like organism in a huge water body. You eat smaller organisms to grow and evolve; you could either dive deeper or rise up. The game has been very popular since its first release, and received 100,000 downloads within its first two weeks.

Though not as advanced as Spore, it is a great game to pass time and is very, very addictive. Flow can be either played online or downloaded for offline play on Windows and Mac. The game also supports PS3, PSP, and PSV platforms, and is completely free of charge. So go ahead and play Flow on your device, and enjoy.

#4 Eufloria
Basically a strategy game, Eufloria was developed by Omni Systems, and was first released for the Windows platform in 2009. Further, it was also developed for the PlayStation network, Mac, Linux, and even for Android, iOS, and Blackberry. The game is set in a more futuristic world, wherein the player has to colonize and conquer asteroids by planting ‘seedlings’ of a specific tree called the ‘Dyson’ tree.

However, it’s not just planting and nurturing trees, there is a lot more like protecting your colonies from intruders, attacking colonies, and conquering enemy asteroids. Though the gameplay is a bit difficult to understand, it gets a lot more fun when you get a really good hang of it.

The game is not free, and users need to pay $20 to buy it for Windows or Mac. The mobile version costs somewhere around $4.99. Check out Eufloria.

#5 Species
If you solely like Spore from the evolution point of view, Species, being an evolution simulator, is the right alternative for you. The game works on the scientific principle of natural selection, and gives a very realistic idea and experience of evolution, with its simple 3D interface and intuitive features.

Although the game is in its alpha state, it’s quite fun to play, and is surely expected to improve with future updates. It provides the alpha version for free, however, one can donate $10 or more to pre-order the upcoming version. Check out Species.

#6 Planetoid 3D
A perfect alternative for the space stage of Spore, Planetoid 3D allows you to initiate space civilization, travel to different planets, and confront other races, in an attempt to conquer more and more of space. With the intuitive in-game technology, you could build spaceships, create new races, and also use custom races to attack foes and defend your planet.

Make an alliance with your friends or challenge them in a battle with the intuitive multiplayer feature of this game. This game still has a lot more to offer in its upcoming versions, so keep an eye open.

The demo version of the game is completely free; however, to get the full game, one needs to make a payment of $6. Try Planetoid 3D.

# 7 Endless Space
The ultimate aim of a player in this game is to conquer the whole galaxy by means of expansion of their empire. Basically, a turn-based sci-fi strategy game, Endless Space allows players to control every aspect of their civilization, explore several galaxies and planets in the literally endless space, discover new technologies and use them in battle, and ultimately take control over the entire universe.

The game supports single-player, multiplayer, and cross-platform multiplayer modes, which make the gameplay even more interesting and fun. Endless Space is a very popular award-winning game, with crisp graphics and a very immersive gameplay, and makes a very good alternative for Spore’s space stage.

The game supports Windows as well as Mac, and costs $30. Check out Endless Space.

#8 Void Hunters
Void Hunters is another space-themed game with a concept similar to the cell-stage in Spore. The game isn’t about an organism or evolution, it’s about building spaceships and destroying enemies. Technically, a player takes control over a small spaceship, and tries to destroy enemy spaceships; these enemy ships when destroyed, eject parts which the player uses to upgrade his/her spaceship and make it more powerful. The goal of the game is very simple, ‘survive as long as you can and build the most powerful spaceship’.

It also features a multiplayer mode, wherein players can battle against each other or create and test custom ships. Players can also join ongoing matches.

The game is free and can only be played online. Check out Void Hunters.

A lot of these games are completely similar to Spore, and some are inspired by specific stages of the game. Try the one that suits your playing preference, and enjoy!