Bluejacking refers to the scenario in which a sender sends junk messages over to the receiver's device using the Bluetooth application. This Techspirited post explains the meaning of bluejacking and provides you with ways to prevent it.

You are here: Home / IT Jobs / A Closer Look at What is Bluejacking and How Can You Prevent It 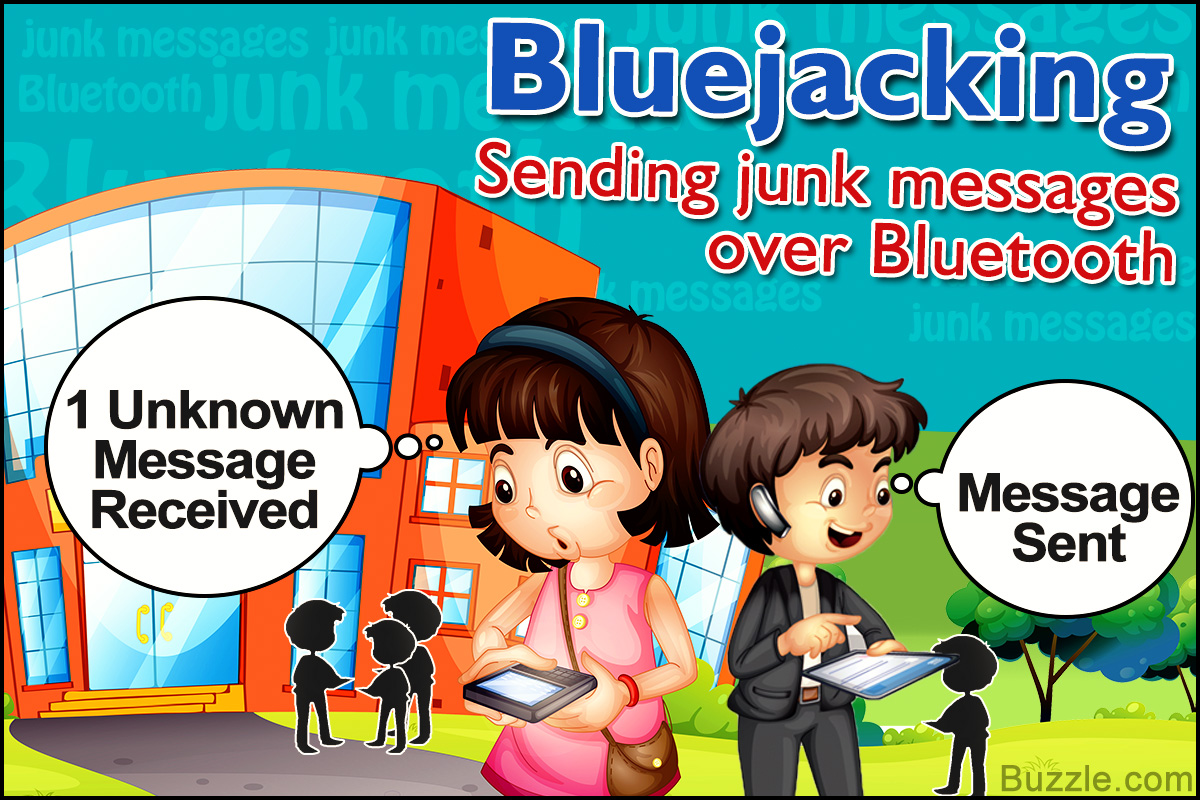 Bluejacking refers to the scenario in which a sender sends junk messages over to the receiver’s device using the Bluetooth application. This Techspirited post explains the meaning of bluejacking and provides you with ways to prevent it.

Bluejacking was performed by an IT consultant hailing from Malaysia. He used his phone to advertise a well-known cell phone company by sending messages via Bluetooth. That is how the concept of bluejacking came into existence.

Technology surely helps us progress in a number of aspects, but it comes with its own shortcomings too, if not made proper use of. Bluejacking is one such example wherein the misuse of Bluetooth technology comes into picture. Here, the sender sends junk messages on the receiver’s phone by making use of Bluetooth on his phone.

Bluejacking often happens in places that are crowded, such as malls, supermarkets, movie theaters, or restaurants. It usually happens as a part of some prank that the sender plays. However, it can distress the receiver to some extent.

In case of bluejacking, a person receives unsolicited message, audio, or image files over his phone. This may be considered by the receiver as some malfunction on the part of the device. In most cases, the sender resorts to sending text messages or fake business/contact cards. The receiver gets deceived by these junk messages, unaware of who the transmitter is.

Bluejacking is mostly used by people as a way to market their products and services. However, this is not an advisable and efficient way as it confuses the receiver, making him think that his device is malfunctioning. Although harmless, bluejacking can get annoying at times, as the recipient doesn’t know who the message sender is. There are certain ways by which it can be prevented on our devices, few of which have been mentioned below:

Setting the Bluetooth on the Right Mode

Factory Reset of the Phone

If your device was perpetrated at some point, it means that the attacker’s device has already been added as a trusted device on your phone. Reset the phone to take off all the devices from the trusted list.

Keep Away from Strangers

Make sure you maintain strong passwords and change them at regular intervals. Keep your devices up-to-date with the latest technology.

Putting off the Bluetooth When Not in Use

If you don’t use the Bluetooth connection frequently, keep it off to avoid your device from being listed in the sender’s device search list. This method keeps the device safe from perpetrators who try to gain access to others’ phones using Bluetooth.

It is very simple to secure your device by setting a pin or a password for your Bluetooth connection. This will prompt a password from anyone trying to pair with your device. Remember to keep this password secure by sharing it only with trusted people.

One advantage of using latest technology gadgets like as iPhone or iPad is that bluejacking is restricted on them. Perpetrators, besides sending unsolicited messages, can also hack into confidential data from a victim’s device, thus, rendering him helpless. This is a much harmful form of hijacking, which is called bluesnarfing.

The ways listed above are efficient enough to prevent any such activities on your device. If you have been a victim of it at some point of time, go ahead and stop it!