A digital personal assistant is a badge of honor these days among mobile software giants. Apple, Google, and now Microsoft have one. So how are the Cortana vs. Siri, Cortana vs. Google Now, and Siri vs. Google Now battles shaping up? Read on to find out more, in this Techspirited article.

You are here: Home / IT Jobs / Virtual Assistant Face-Off: Google Now Vs. Siri Vs. Cortana 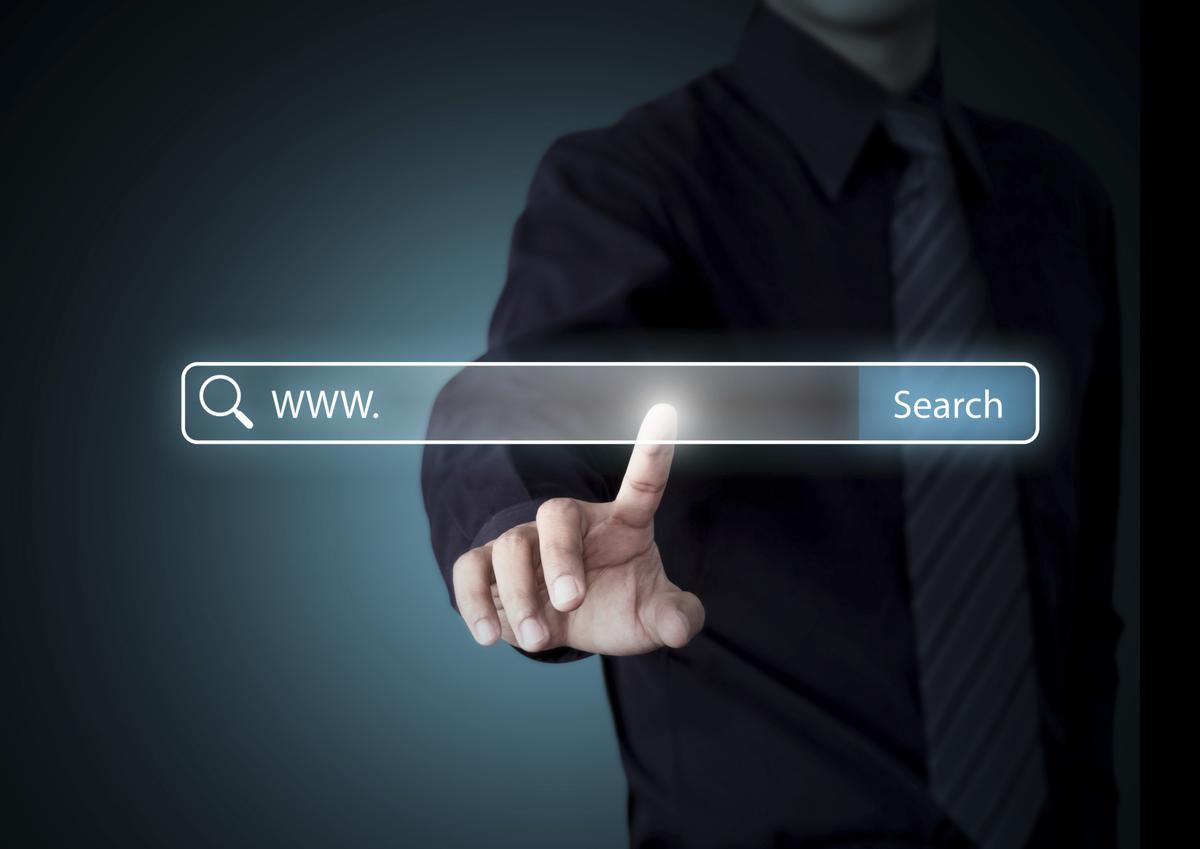 A digital personal assistant is a badge of honor these days among mobile software giants. Apple, Google, and now Microsoft have one. So how are the Cortana vs. Siri, Cortana vs. Google Now, and Siri vs. Google Now battles shaping up? Read on to find out more, in this Techspirited article.

With the latest version of Windows Phone having been released, the battle between the three digital assistants, Siri of iOS, Google Now of Android, and Cortana of Windows Phone, has well and truly heated up. Even with all the other excellent upgrades being made in WP 8.1, the main focus is on the one upgrade that brings Windows Phone on par with the two largest competitors in the mobile OS ring.

Here is a brief rundown on the strengths and weaknesses of each personal assistant, and how they compare against each other.

Battle of the Virtual Assistants

Presented at Microsoft’s Build Conference on April 2, 2014, and released to developers on April 14, Windows Phone 8.1 is intended to do much to repair Microsoft’s flagging performance in the mobile OS division. While there were several other upgrades, a full list of which can be found in this Techspirited article, the largest upgrade was Microsoft’s brand new voice-operated digital personal assistant, Cortana.

One of the biggest flaws in the Windows Phone hierarchy, especially since Apple brought out Siri and Google developed Google Now, had been the lack of a virtual assistant. Cortana bridges that gap significantly, making Windows Phone more than competent and equipped to take on the other two giants of the mobile OS world, Android and iOS. Cortana is currently in the beta stage, making its competence all the more surprising and satisfying to Windows fans.

The Resumes of Virtual Assistants

All three can perform basic functions such as placing calls and sending texts. However, Cortana lags behind in sending emails. While Siri and Google Now can send emails directly, you have to tell Cortana to open your Outlook account and then dictate the email. So, while you can send the mail without typing, it is an unnecessary complication. The same unnecessary complication applies to updating your Facebook status or sending a new tweet; Cortana will simply redirect you to the specific app, whereas Siri and Google Now will publish the two for you.

All three can set alarms, but only two can cancel them. All three understand commands for setting the alarms in both formats: the ‘Wake me up in 4 hours’ kind as well as the ‘Wake me up at 7 am’ kind. A minor concern with setting an alarm is that neither gives you the option of choosing the alarm tone. So, while you will wake up at the given time, you won’t get to wake up to the solo in Comfortably Numb or the Rocky theme tune unless you manually set the alarms. In addition to setting the alarms, Cortana and Siri can cancel alarms as well, a service Google Now doesn’t provide.

All three can set calendar appointments with relative ease as well. However, only Siri can cancel those. Why Cortana, who can cancel alarms, can’t cancel appointments is a mystery.

All three can provide weather forecasts for specific cities or specific days (to an extent).

All three can open apps downloaded on your phone, but only Cortana and Siri can toggle settings within the apps (such as turning on/off Wi-Fi).

Similarly, all three can play media files on your phone. If you command them to play songs that aren’t on your phone, Siri simply tells you that you don’t have the song and wipes her hands of the business. Cortana and Google Now, however, provide links to listen to the song online. When it comes to song recognition, Cortana and Google Now once again come out trumps, while Siri just listens to the song without providing any relevant information.

All three can handle factual queries or currency conversions fairly well. Siri, however, provides extra details such as a currency graph and a clock to show the time in a particular time zone. Some testers reported that Cortana couldn’t provide some conversions and times in some cities, but considering that it’s a beta release, the gaps should be filled by the time of the actual launch.

Siri, however, falls behind the other two when it comes to tracking a flight. Whereas Cortana and Google Now respond with cards bearing the relevant info, Siri provides web searches.

This is another area where all three do reasonably well. The addresses Siri provides are a bit terse and short compared to Cortana and Google Now’s cards with a helpful map entry, but it’s sufficient. However, only Cortana supplies relevant phone numbers and ratings (the latter if you have the relevant app), and prompts you to ask her walking directions.

Speaking of prompting the follow-up question, this ability is a Cortana specialty, at least for now. Cortana is the only virtual assistant who remembers the context of your first question, and uses it to answer a follow-up query. Both Siri and Google Now treat follow-up questions as separate queries. For instance, as mentioned in the example given above, you can ask Cortana about the address to a particular place, and then ask the directions without having to mention the place again (“Can I walk there?” or “Navigate me there”, for example). Both Siri and Google Now lack this ability to remember and use context, and need separate commands for each consequent task.

Privacy and security are two areas where Cortana scores over her rivals. Unlike Siri or Google Now, which are notorious for their uncontrolled intrusions, Cortana will ask users what they want her to know. This information will be saved on her Notebook, which the user can view and edit. Of course, it’s recommended to afford Cortana full control if you truly want to exploit her potential, but it’s possible to control and minimize her snooping into your life if you so prefer.

The other area where Cortana has made a big jump ahead of her present rivals is person-specific reminders. Unlike Siri or Google Now, which will only allow you to set a reminder based on time or place, Cortana will prompt you to specify a person to which the reminder is related (you can set the usual time- or place-based reminders as well). Once this person-specific reminder is set, it will show up the next time you call (or get a call from) the relevant contact. This also applies to Skype calls.

Another innovative and very useful feature of Cortana is Quiet Hours and your Inner Circle. Cortana allows you to set a period, such as 12 am to 6 am (the default setting), when she will intercept your calls and keep them from disturbing you. To prevent being locked out from your loved ones, you can set an ‘inner circle’ of contacts that can break through during the Quiet Hours. You can also program it so that anyone who calls twice within three minutes (which would represent an emergency) will break through.

For those looking for the most anthropomorphic assistant with the most ‘personality’, though, Siri is still the best choice. While Cortana has quite a few stored answers and easter eggs, she can’t sustain a conversation like Siri. Contrary to the ability to remember context, Cortana will only respond to a cheeky taunt or compliment once. If your reply doesn’t have a stored answer, she will simply default to web searches. However, most (yours truly is, admittedly, a Windows Phone user and fan) would consider this an excellent compromise between the needlessly anthropomorphic Siri and the robotic Google Now, and the collection of easter eggs in Cortana’s brain is more than sufficient―just ask her if she knows Siri! She is always ready with a joke as well (“tell me a joke”), most of which are actually quite funny.

One point to remember about all three is that even though their makers claim that they can understand the natural way phone users talk, neither of the three can really understand phrases spoken in the way people usually speak. This claim is particularly strong with Cortana and Siri, the anthropomorphic assistants. Sadly, though, a truly intuitive assistant who can understand questions regardless of their phrasing doesn’t yet exist, and you do need to find the right phrasing for each type of query for all three of these.

While Cortana is more than a match for Siri and Google Now in most departments, its innovative additions have given it the upper hand, especially considering that it’s still just a beta version. Even on current resources, she looks like a winner. Microsoft has announced a release date for Windows Phone 8.1 of late 2014 or 2015, depending on your location, and we can’t wait!