The recently launched Windows Phone update is a much-needed one, and has some quite interesting features. Read on to know more about it, in this Techspirited article.

You are here: Home / IT Jobs / List of New Windows Phone 8.1 Features 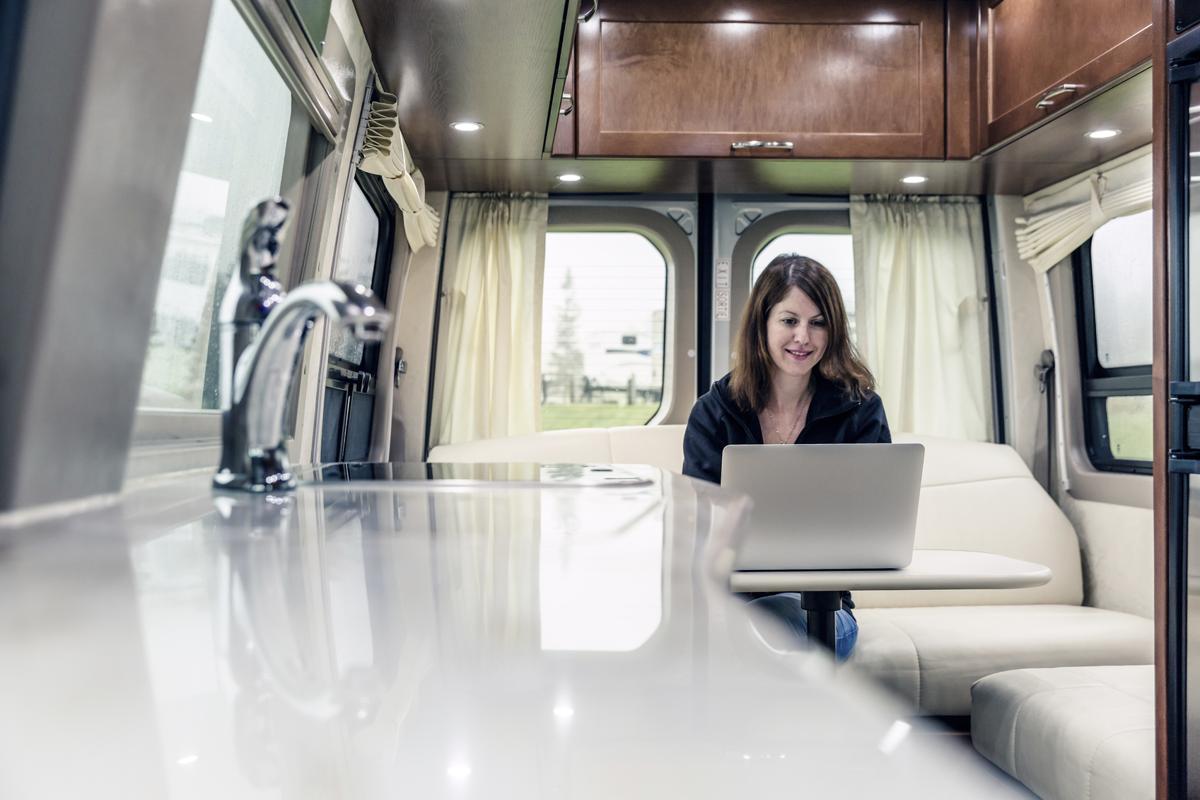 The recently launched Windows Phone update is a much-needed one, and has some quite interesting features. Read on to know more about it, in this Techspirited article.

Did You Know?
The Word Flow keyboard in Windows Phone 8.1, which lets you write by swiping across the keyboard, was used to set the Guinness World Record for speed typing. The previous record, set on a Swype keyboard, was broken by more than eight seconds!

Microsoft’s hat in the ring of mobile operating systems, Windows Phone (WP), has been far from the most popular. The latest update, with Windows Phone 8.1 replacing WP 8, is aimed at increasing the market share of Windows phones by making the Windows OS competent with the latest configurations of Android and iOS.

Rumors and speculation about the update have been making the rounds in Internet technology forums, with Cortana, Microsoft’s answer to Siri and Google Now, being particularly followed. Here, we bring you a list of the notable features that WP 8.1 brings to the table.

Of course, we start with Microsoft’s very own digital personal assistant, Cortana. With Siri making waves at the time of its launch, and Android soon jumping onto the speech recognition bandwagon with Google Now, Microsoft was the one major OS developer left behind. Not any more! Cortana, whose name is inspired from a character of the same name from the video game ‘Halo’ (both of whom are voiced by the same actress), is not just a case of Microsoft catching up with the other two giants, but very much a case of extending the current standards by leaps and bounds.

Microsoft’s Cortana trumps Siri and Google Now in two important ways: A notebook that records your interests in a private, secure nook on your phone, and the ability to interact with third-party apps. The ‘notebook’ means that, like Google Now, you will get instant updates about your interests, such as the score from the match last night, or directions to the airport where you have to catch a flight in an hour. The other ability allows Cortana to bring up reminders about specific contacts across apps so that the reminder to ask your sister about her new puppy will come up on the screen if you are on a Skype call with her. It also allows functions in non-system apps that are programmed to work with it, such as queuing up movies in Hulu, making a Skype video call, or updating a Twitter or Facebook update.

Cortana, supported by the Bing search engine, combines the functionality and wide scope of Google Now with the wittiness of Siri; videos and screenshots of Cortana showing off her wit are already popular on YouTube and Windows Phone forums. It will be accessible through the same search key that opens the Bing search window in Windows Phone 8―magnifying glass in the bottom right corner―as well as its own live tile, and accepts voice and text input.

It has taken quite some time for Microsoft to realize that notifications that don’t get lost into the elements after a few seconds may be a good idea, but better late than never!

The Action Center houses alerts and notifications that can, thankfully, be used to take a corresponding action. This includes notifications from all of your apps, including notifications of available updates for your apps. In addition to this, you can add shortcuts to the settings of 4 apps of your choice. Settings for your Wi-Fi and Bluetooth connections, for instance, can be programmed to appear in the action center so that you can quickly turn it on or off without having to go through the regular ‘Settings’ app. Unlike iOS, where you get these settings with an upwards swipe, WP 8.1 has combined notifications and settings in a single menu. It can be accessed by the typical downward swipe, or from the ‘Settings’ app. It may not be the flashiest upgrade, but it is definitely the most useful!

Windows Phone 8.1 comes with some cool lock screens that allow you to display customized calendar entries/appointments. There are also various designs for the lock screen display, which will come handy at times when you are really bored and have nothing else to do. To be fair, they do look kinda nice, but you can’t help feeling that the bling outweighs the functionality.

The start screen gets a significant addition, in the form of customizable backgrounds with parallax motion. Whereas Windows Phone 8 colors system live tiles uniformly, the new version allows users to have a custom background. Somewhat like the home screen on Android phones, where a custom image can be seen in the background of the app shortcuts, the custom backgrounds in WP 8.1 will be visible through transparent live tiles. Not an earth-shattering change, maybe, but definitely a nice touch, and one that will shut up those who claim WP looks boring. For those who like their start screen plain and simple (such as yours truly), the old configuration will still be available. The adverse effect of the colorful backgrounds on the battery life, traditionally one of the strengths of WP, will hopefully be negligent.

Another minor change is the ability to choose to have a third column of live tiles on the start screen. While this is currently decided by the handset manufacturer, and only phones with large screens (such as the Nokia Lumia 1520 and 1320) get three rows, Windows users will now be able to have three columns in any Windows phone.

Data Sense provides you your month-wise and app-wise data usage statistics. It also cuts down on the usage of cellular data once the data limit draws near, and features a ‘high savings’ mode, which helps increase your browsing time by compressing images encountered while browsing.

Wi-Fi Sense enables you to automatically log on to free public Wi-Fi connections. If you save a certain public hotspot in Cortana’s ‘notebook’, this truly personal assistant will automatically turn on your Wi-Fi when you get in range of the preselected hotspot. It also allows you to select certain people who can auto-connect to your own router without having to type in the password every time (although, since most smartphones have the ability to ‘remember’ previously connected hotspots, this is not strictly necessary).

Storage Sense and Battery Saver are rather predictable in their function. The former provides you the statistics of your storage on the phone memory and SD card, if one is in use. The latter gives you app-wise battery usage stats so that you can manage your power consumption if it drops to scarily low levels.

The calendar in WP 8.1 now features a week view, as well as the option to swipe to shift the date. It is supported by Google Calendar, and also features weather updates.

➙ Internet Explorer 11 on WP 8.1 will now be able to save your passwords for your mobile browsing. It will also be able to sync with the tabs and search results on other Windows devices. Of course, considering the notoriety of their default browser, Microsoft might have been slightly ambitious in expecting their users to use Internet Explorer on two devices, let alone one!

➙ WP 8.1 now features a virtual navigation bar (with the same buttons currently seen on the Nokia Lumia range) at the bottom of the screen, which means that Windows phones now don’t need to have physical keys at the bottom. Once again, this change very closely resembles a certain other mobile OS, but that must be pure coincidence.

➙ In one of the most useful and why-wasn’t-it-there-in-the-first-place changes, the media volume and the ringer/alert volume is now controlled by different sliders. This means that you can lower the heavy metal with no fear of accidentally missing out on an important call.

➙ The screenshot combination is now Power + Volume Up, instead of the current Windows Key + Power. Presumably, this is necessitated by the presence of the virtual Windows Key at the bottom of the screen, since there is nothing wrong per se in the current combination.

➙ Once again showing a curious (ahem ahem) similarity to Android, the ‘Back’ button doesn’t close an app; rather, it suspends it.

➙ The App Store has undergone a few changes, including the introduction of a new, user-friendly interface. It has a section reserved for ‘Featured’ apps and games, which are selected based on your preferences. Downloads from the Store can now be stored on the SD card.

➙ Cortana also features the quite useful option of setting quiet hours, during which it turns off notifications from all but your chosen ‘inner circle’ contacts.

➙ For businessmen, the MS Office documents on the phone can be password-protected, and email can be signed and encrypted through S/MIME.

When Can We Get It?

New handsets, including the Nokia Lumia 630, Lumia 635, and Lumia 930, will come with WP 8.1 installed. As for older handsets, Microsoft, in their infinite wisdom, have decided to release the pedantically precise release date of ‘in a few months’. Hopefully, it will start to roll out to older models around June 2014.

The latest update to Windows Phone serves to make it a bit more mainstream, but also a lot better than the mainstream. Features that really should have been present on WP 8, such as the Action Center, have finally been incorporated (although the Android influence is noticeable). Judging from early reports, Cortana seems to be one step ahead of both Siri and Google Now. Combined with its inherent battery-saving nature, these new additions have made Windows Phone more than a match for Android and iOS, and may spark renewals of affection among WP users who had earlier migrated to Android or iOS.