Advantages and Disadvantages of Star Topology You Never Realized 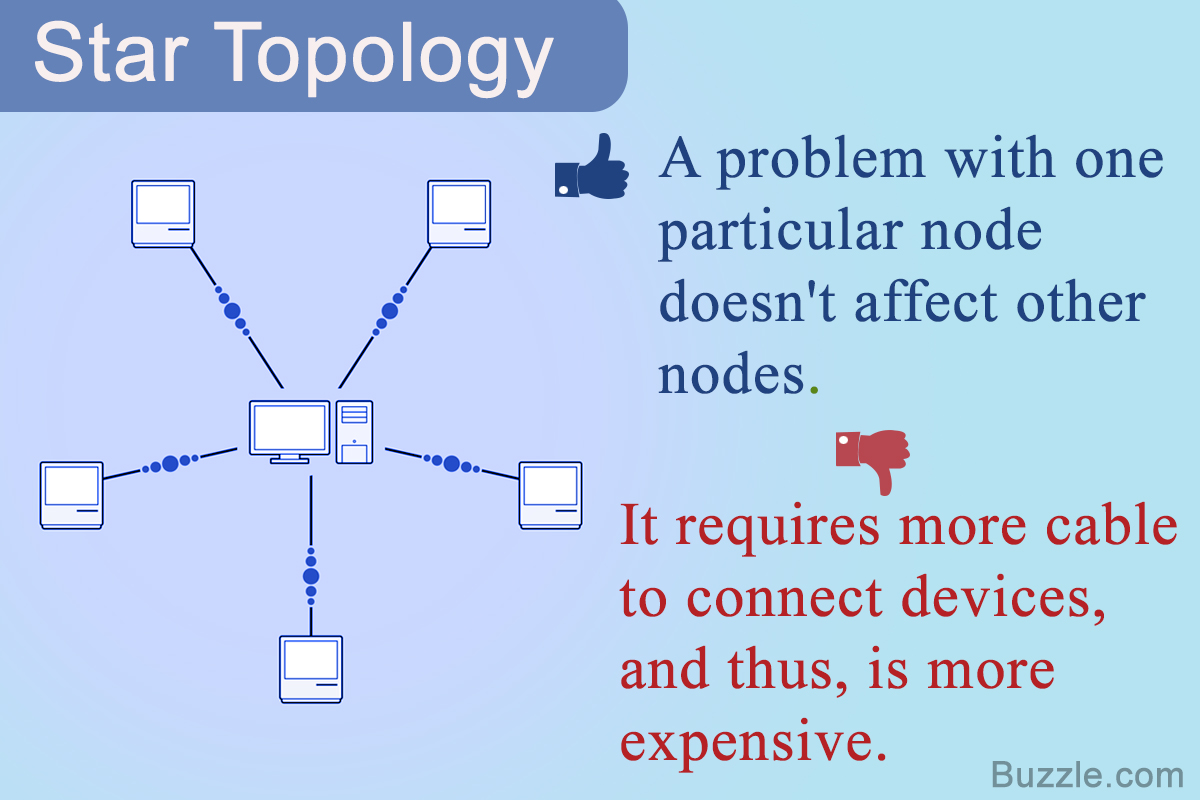 In star-network topology, all the nodes are connected individually to one common hub.

In the field of computers, ring, bus, tree, and star are the names assigned to specific network topologies.

Basically, the term ‘network topology’ refers to the layout pattern of interconnections of various elements of a computer network, like the nodes, links, etc. The concept is further categorized into two types: (i) physical topology, which refers to the physical design of a network, and (ii) logical topology, which focuses on how the data is actually transferred within the network.

The physical topology is further classified into six different types; namely, the point-to-point network, ring network, mesh network, bus network, tree network, and the star network. Of these, the star network in particular is considered very popular owing to its numerous advantages. That is not to say it doesn’t have any disadvantages of its own. It is important to go through the advantages and disadvantages of different network topologies―and not just the star topology alone―to determine which of these is suitable for you. 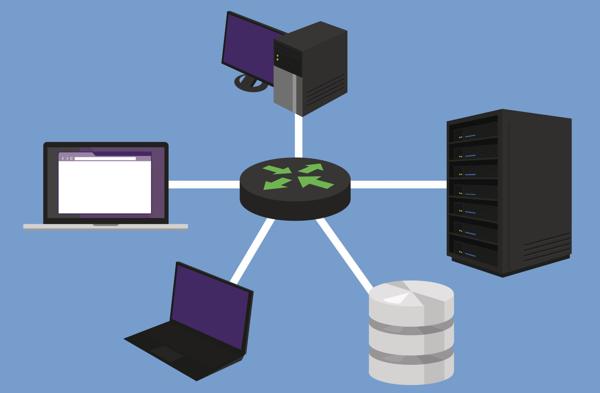 What is Star Topology?

Like we said earlier, even the star topology has its own positives and negatives which have to be taken into consideration when evaluating the feasibility of the setup. While the isolation of devices happens to be its triumph card―with most of its advantages revolving around this particular aspect, its dependence on the central hub is definitely an issue of concern.

▶ It is very easy to install and manage the star network topology, as it is the simplest of the lot when it comes to functionality.
▶ It is easy to troubleshoot this network type, as all computers are dependent on the central hub which invariably means that any problem which leaves the network inoperable can be traced to the central hub.
▶ In star network topology, data packets don’t have to make their way through various nodes. The fact that there is no data collision adds to its performance by making data transfer considerably fast.
▶ Also, the fact that data packets only make it through three different points ensures that the data is safe.
▶ As the nodes are not connected to each other, any problem in one particular node doesn’t hamper the performance of other nodes in the network.
▶ Adding new machines or replacing the old ones is easy in this network topology, as disruption of the entire network is not required to facilitate the same.

▶ The foremost problem with the star network topology is the fact that it is highly dependent on the functioning of the central hub.
▶ The size of the network is dependent on how many connections can be made to the hub. As the number of connections increases, so does the size, and thus, the infrastructure.
▶ If you opt for the star topology, you will require more cable than what you would if you opt for the linear bus topology. So, the expenses incurred on the former will also be relatively high.
▶ The performance of the entire network is directly dependent on the performance of the hub. If the server is slow, it will cause the entire network to slow down.
▶ If one of the nodes utilizes a significant portion of the central hub’s processing capability, it will reflect on the performance of other nodes.
▶ If the central hub is compromised, it will leave the entire network vulnerable. 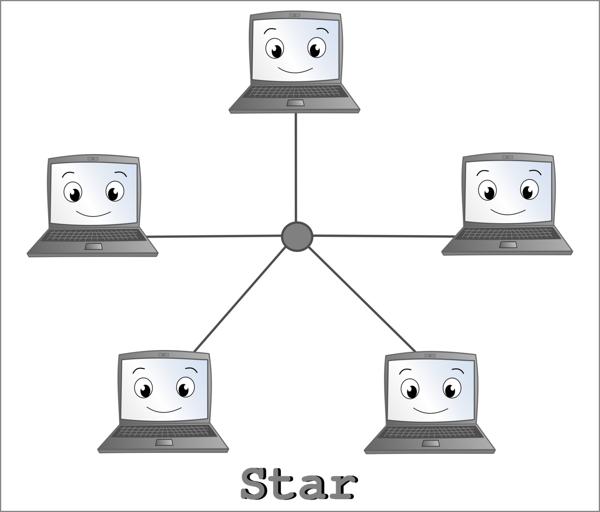 As you see most of the disadvantages of star topology revolve around the dependence of entire network on the central hub, which, in turn, means that the failure of the hub can leave the entire network inoperable.