Wondering how a broadband Internet connection can be shared? Read on to find the answer.

You are here: Home / IT Jobs / Sharing a Broadband Internet Connection 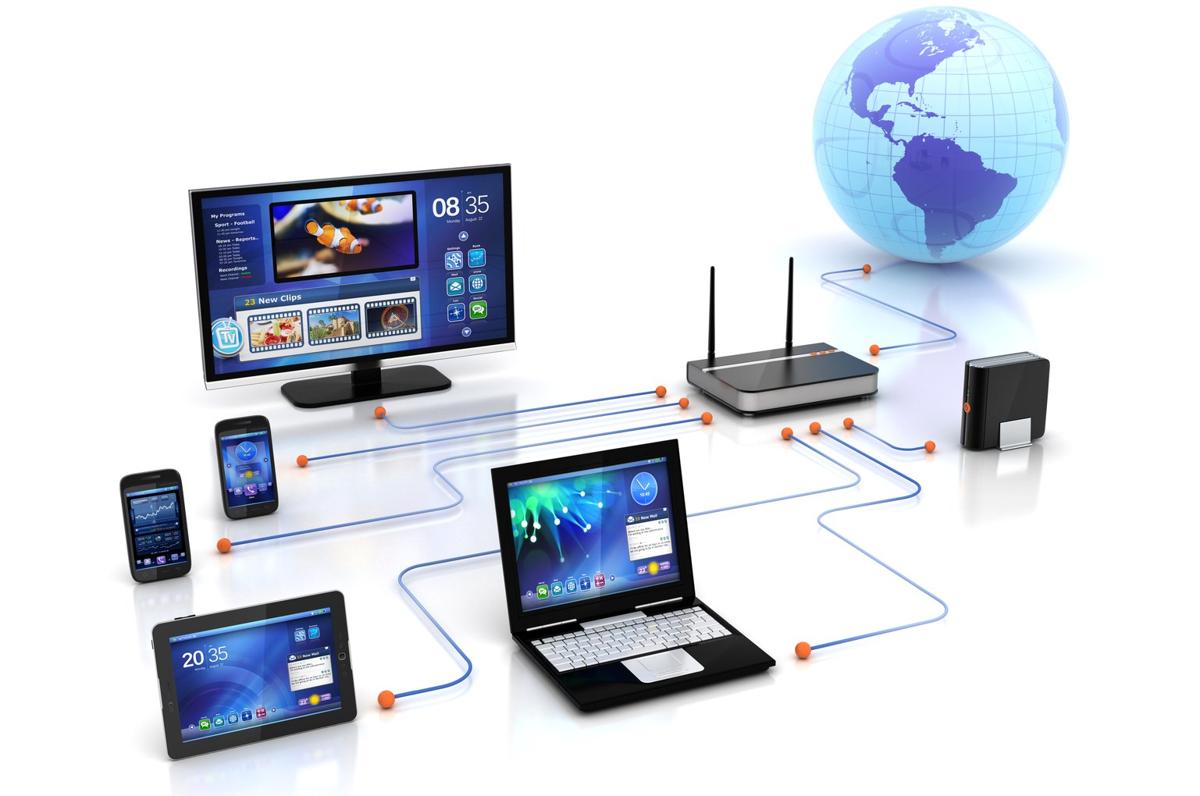 Wondering how a broadband Internet connection can be shared? Read on to find the answer.

Broadband, unlike the dial-up Internet, offers high-speed Internet connectivity. It offers high rates of data transmission. Generally, Broadband users obtain Internet speeds of around 4Mbps or more. Digital subscriber loop/line (DSL), cable modems, and fiber optics are some of commonly used broadband technologies. Let us look at each of them.

It refers to a series of technologies that are used to enable the transmission of digital data over local telephone wires. DSL Internet service offer speeds of around 3Mbps. Usually, it works by dividing the frequencies over a single telephone line into two bands; the high-frequency band for data and the low-frequency band for voice.

A cable modem uses the cable network infrastructure to facilitate the transmission of data. It is used to provide the Internet users with broadband Internet access.

It enables transmission of information in the form of electromagnetic waves over an optical fiber. Fiber-optic communication has enabled the transmission of data over large distances, thus facilitating broadband Internet access.

T1 is a T-carrier signaling system that facilitates the transmission of voice and data. It refers to a digitally multiplexed telecommunication carrier system developed by the Bell Labs. A T1 line can be plugged into a telephone system to carry voice and to a network router to carry data.

Integrated Service Digital Network (ISDN) has traditionally been used for Internet access. A basic rate ISDN, also known as ISDN-BRI is an ISDN line with two bearer channels that can be used for broadband data transmission with the help of ISDN terminal adapters. Wired Ethernet is another method of broadband Internet access.

One of the main advantages of ICS is that it is free and comes packaged with Windows 98 SE and above. Secondly, it is simple to set up and requires minimal hardware. However, ICS does not support certain applications like messenger and NetMeeting, and extends hardly any support for content logging and filtering.

Similar to ICS, network routers also use the network address translation technology, whereby the IP addresses of network computers are not exposed to computers on the Internet.

Network router is an excellent means of sharing a broadband connection as it offers a certain degree of network security. Moreover, routers are available at reasonable prices and are easy to set up in the network.

On lines similar to a broadband router, a network switch or hub can be used to interconnect computers over a network. It acts as a central point of connection or a gateway, through which the computers on a network can gain Internet access.

What’s noteworthy about broadband connection sharing is that the computers collaborate to enjoy Internet connectivity. True, machines understand the joy of sharing. Irony is that some of us don’t.