The most anticipated smartphone launch of 2014, that of the Samsung Galaxy S5, is just around the corner. This Techspirited article takes a look at all the latest news and specification rumors about Samsung's Galaxy S5. 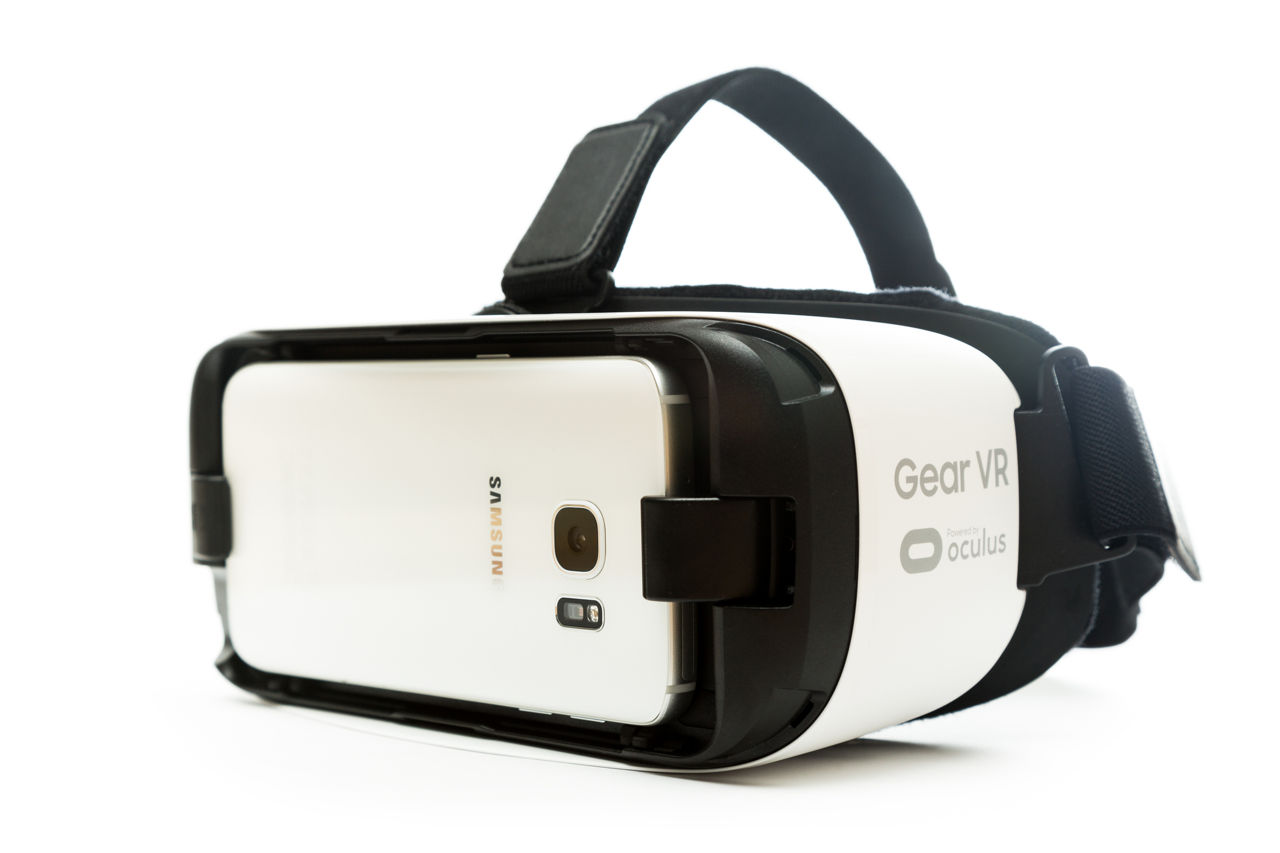 The most anticipated smartphone launch of 2014, that of the Samsung Galaxy S5, is just around the corner. This Techspirited article takes a look at all the latest news and specification rumors about Samsung’s Galaxy S5.

Rumor has it that the Samsung Galaxy S5 is all set to be launched at an event in Barcelona on 23 February 2014.

There are smartphones, and then there are Samsung Galaxy S phones. The market is flooded with the Galaxy series phones that are available a dime a dozen in all fathomable sizes, right from the tiny 3-inch Galaxy Pocket Neo, to the monstrous 6.3-inch Galaxy Mega (the Koreans sure seem to have a model to go with every star in our galaxy!) We, however, are talking about the forthcoming model of the phone that really started it all, the Galaxy S5. It is no secret that no one quite does it the way this Korean conglomerate does it. After all, it is the world leader in the mobile phones market, and seems to have a Midas touch, turning everything it touches into plastic! Yup, we, for one, have never quite been fans of plastic clamshell phones, and although some may argue that everyone seems to be doing that, few would argue with the fact that it was Samsung who really started the trend.

If rumors are to be believed, all that is set to change, with speculations rife about the company finally opting for more premium materials for what is undeniably, the most anticipated phone of the year, the Samsung Galaxy S5. We really couldn’t be happier, as we bring in all the latest stuff churned out by the rumor mills and insider information obtained by popular tech site, SamMobile about what is touted to be Samsung’s greatest device yet.

Reader discretion is advised. The following article talks about features that may blow your mind off. You might want to keep your salt shaker handy!

It seems like our dream has finally been realized! The super powerful (snap)dragons in our phones have been tame beasts all this while, but we’ve always dreaded the day when they would breathe fire and burn through their plastic enclosure. Samsung may finally have heard our prayers, as it is all set to finally turn to metal. Nope, we aren’t talking about Samsung selling Metallica CDs to go with their mobiles! Rumors have it that the Korean giant may finally choose to go with a metal body for their latest flagship device. The company’s romance with plastic isn’t over though, as there are talks of two different versions―plastic and metal―of the S5 being released. There have even been rumors of a phone which brings in the best of both worlds, the durability of a metal chassis and the lightness of plastic parts. We would like to think that the phone would be based on the design of the metal-bodied Samsung Galaxy S4 Active. The S5 could also take another leaf out of the Active’s book and may feature a water-resistant body. Whichever way the company decides to go, it sure seems like it is finally paying attention to the physical aspects of the phone, and not just cramping its flagship device with a ton of software tweaks.
Y2K all over again!

This is one rumor that we are more likely to bet our money on. Displays have for long been the talking point of all Galaxy S devices over the years, and with the S5, things may not be very different. The phone is all set to feature a 2K display (2048×1080), making it the first mobile manufacturer to implement it in a phone. LG may have a thing or two to say about that, but it would be rather safe to say that the S5 has called shotgun, and would, in all probability, hit the shelves before its compatriot’s new device. Another story that has been doing the rounds is that the company may not go with its traditional Super AMOLED screen. It would instead opt for a display produced by Sharp, with an astounding pixel density of about 560 ppi for a screen measuring about 5.25 inches. This may not be such a bad choice as Sharp is well-known for displays that match its name, and to make things even better, Samsung owns a 3% stake in this Japanese company. All in all, it would be safe to assume that the phone is all set to feature a screen unlike anything we’ve ever seen before, and we definitely aren’t complaining!
Will the real Octa-core please stand up

With the Samsung Galaxy S4, the company claimed to have finally brought to the world the first octa-core processor. It brought loads of cheer to the world which was only just coming to grips with the awesomeness of dual core processors. Though, the joy was short lived, as it was soon discovered that there was nothing ‘octa’ about Samsung’s Exynos 5 other than the name. True, the chipset did have 8 cores, but only 4 of them ever worked at any given time. It is an entirely different thing that you’d probably not use even the 4 cores to its optimum level, but hey, the simple argument most people had was, “I paid for octa, and I want octa!” Samsung is all set to keep its promise, and its latest flagship might actually have a true octa-core processor. Probably, it will also draw some inspiration from a well-known Cupertino-based company, and go the 64-bit way. “How would this change anything?”, we ask. Well, a lot of voices would scream out and say “8 are better than 4, aren’t they?”
Some serious RAMping up

Here’s another aspect that we just can’t seem to make any sense of. Most flagship devices in the market today sport 2 GB of RAM. App developers are yet to develop mobile software that can exploit the true potential of the on board RAM, with most apps using just a little over 1 GB of memory. The most popular mobile platform, Android, has also decided to trim down its waistline, and its latest version of the OS, KitKat, is designed to work with as little as 512 MB of RAM. Well, why would that stop the world leader in mobile phones from stuffing in even more RAM into their latest device? Taking a cue from the Note 3, the S5 too, is all set to have 3 GB of RAM on board. The additional RAM would give you the bragging rights to getting your job done 0.000001 seconds faster than the others!
Got my Eye on you!

Not a very long time ago, Apple with its ‘revolutionary’ iTouch technology, made using fingerprints cool again! What followed was a frenzy of activity in the opposition camps, with mobile manufacturers scrambling to their drawing boards to cash in on this latest fad. Everyone expected Samsung to follow suit, but if rumors are to be believed, the company is all set to take a different route. Move over fingers, it’s time for our eyes to do the talking. The S5 may well be the first phone with a iris scanner which could be used to securely lock or unlock your phone. It is great to see Samsung try something radically different (and super cool too), although numerous accusations of it playing copycat, and the many rounds of the courtrooms, may have influenced its decision to a certain extent. We love the new concept, and can’t wait to lay our eyes on it! Though, we have a feeling, in addition to the exorbitant price of phone, you might want to save up on some cash to go see the ophthalmologist.

There has since been an article in the Korean Herald which claims that iris technology has not matured enough to make it to a commercial product just yet. Instead, the S5 is all set to have a fingerprint sensor on board. Lookout! The stage seems all set then for yet another apple fight.

Nod and it will be done

Just last summer, we remember drooling over the many cool features of the Samsung Galaxy S4. What really worked for the device, apart from the hardware, were the plethora of software tweaks implemented right throughout the phone. If last year brought in Air Gestures, Smart Stay, and Smart Scroll, this year we’re all set to Nod in even more features in the S5. Going by Samsung’s leaked patent files, its latest phone would probably build on its eye-tracking technology, and bring in face-tracking into the picture. You would then be able to interact with your S5 with nods. We wonder though, how long would it be before you’re out on a romantic date, and all you need to do is wink and smile at your phone, and it would play just the perfect track to set the mood for you!

Apart from this, the phone’s camera might also jump to 16 MP, and would probably feature the company’s recently announced CMOS image sensor, ISOCELL, which claims to vastly improve image quality. The battery too is expected to get a boost (2,900 mAh) and would have a new rapid charging feature.

We love the fact that Samsung, despite its massive lead on other mobile competitors, hasn’t gotten complacent, and is constantly striving towards bringing in new inventions to its customers. We also see winds of change blowing, which could finally see the king of the mobile world finally give in to the demands of its customers, and focus on delivering a truly premium experience to its cash-wielding legion of faithful followers. We must admit that we haven’t been the biggest of fans of the Korean company, but we must say that they have single-handedly brought about a radical change in the mobile arena. If even a fraction of the rumors about their latest device are true, it could go a long way in converting a lot of Samsung bashers out there. Next destination Galaxy S5. We can’t wait to get there!