Computers play a major role today in every field of scientific research from genetic engineering to astrophysics research. This article is a brief overview of the role that computers have played in research and the ways in which they are helping unravel several scientific mysteries.

You are here: Home / IT Jobs / The Key Role of Computers in Research You Just Can’t Ignore

Computers play a major role today in every field of scientific research from genetic engineering to astrophysics research. This article is a brief overview of the role that computers have played in research and the ways in which they are helping unravel several scientific mysteries.

While they are still far away from that supreme ideal of being able to think for themselves as artificially intelligent machines, the brute force of their ability to calculate and process information at phenomenal speeds powers research in every field of human endeavor. In fact, computers have changed the way in which information, or more precisely, knowledge is disseminated around the world through the Internet, via which I am communicating with your right now. In this Techspirited article, I have highlighted the role of computers in research fields, where it works to overcome the horizons of ignorance that still exist.

The first computers developed were mere calculators, with the ability to carry out simple arithmetic operations. Advancement in electronics, the development of the vacuum tube based transistors and devising of digital logic gates led to development of the first digital computer which could perform more advanced logical operations.

These early machines took up whole multistorey buildings and were operated through punch cards. All this changed after the development of semiconductor based transistors which led to the extreme miniaturization of integrated circuits, that made the development of the first personal computers possible.

Since then, computer technology has advanced by leaps and bounds to bring extreme computing power into the hands of the common man. Today computers are ubiquitous, with applications in every field of human endeavor. To no field have computers contributed as much as scientific research. From predicting weather to running astrophysical simulations, computers are the scientist’s prime analytical tool in unraveling the mysteries of nature.

Role of Computers in Scientific Research

Experimentation is the cornerstone of scientific research. Every experiment in any of the natural sciences generates a lot of data, that needs to be stored and analyzed to derive important conclusions, to validate or disprove hypotheses. Computers attached with experimental apparatuses, directly record data as it’s generated and subject it to analysis through specially designed software.

Analyzing tons of statistical data is made possible using specially designed algorithms that are implemented by computers. This makes the extremely time-consuming job of data analysis to be a matter of a few minutes. In genetic engineering, computers have made the sequencing of the entire human genome possible. Data from different sources can be stored and accessed via computer networks set up in research labs, which makes collaboration simpler.

One of the prime uses of computers in pure science and engineering projects is the running of simulations. A simulation is a mathematical modeling of a problem and a virtual study of its possible solutions. Problems which do not yield themselves to experimentation can be studied through simulations carried out on computers.

For example, astrophysicists carry out structure formation simulations, which are aimed at studying how large-scale structures like galaxies are formed. Space missions to the Moon, satellite launches and interplanetary missions are first simulated on computers to determine the best path that can be taken by the launch vehicle and spacecraft to reach its destination safely.

Lastly, in the form of Internet, computers have provided an entirely new way to share knowledge. Today, any one can access the latest research papers that are made available for free on websites like Arxiv. Sharing of knowledge and collaboration through the Internet, has made international cooperation on scientific projects possible.

Through various kinds of analytical software programs, computers are contributing to scientific research in every discipline, ranging from biology to astrophysics, discovering new patterns and providing novel insights. When the work in neural network based artificial intelligence advances and computers are granted with the ability to learn and think for themselves, future advances in technology and research will be even more rapid. If we survive human strife and manage not to self destruct our civilization, future is going to be an exciting time! 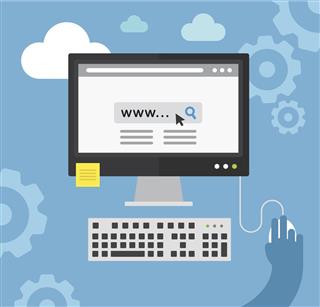 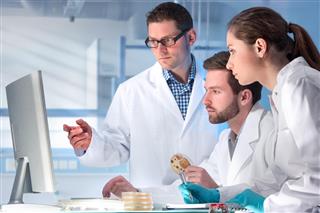