In all honesty, no. Ringback tones are not free. Carriers will control whatever they can, and a ringback tone is one such thing. There are a lot of costs that go into providing you with the service, and the company wants to cover it, while obviously making some profit along the way.

You are here: Home / IT Jobs / Are Ringback Tones Really Free?

In all honesty, no. Ringback tones are not free. Carriers will control whatever they can, and a ringback tone is one such thing. There are a lot of costs that go into providing you with the service, and the company wants to cover it, while obviously making some profit along the way.

We know all about ringtones. But what is a ringback tone? When you call someone, you hear a sound that indicates that the phone of the person, whom you have called, is ringing. Nowadays, instead of that boring tring-tring sound, you can let your callers listen to your favorite song, movie dialogs, or a personalized message. This is called a ringback tone. 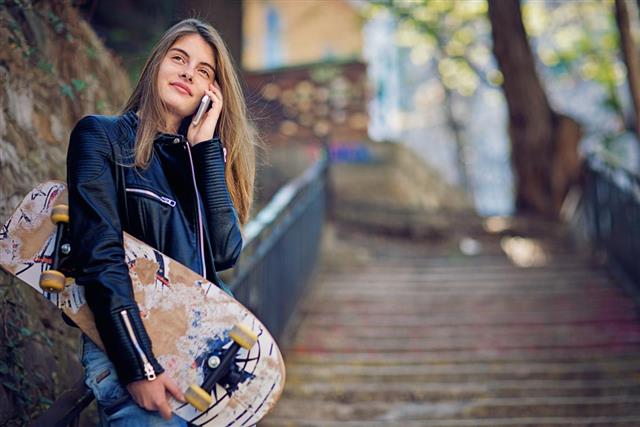 So it is the tone that your caller will hear when he calls you, till you pick up the phone. Different providers denote the tone differently.

For example, they are called CallerTunes by T-mobile, Greet Me Tones by MetroPCS and so on. If you remember, when ringtones were first introduced, polyphonic ringtones could be bought from the service provider. But as the trend caught up, websites providing ringtones free of cost started mushrooming.

A mobile phone is not just a communication device. It is your complete entertainment package while on the move. Mobile technology integrates social networking abilities, powerful cameras, Internet surfing and other functions, which is when mobiles became smartphones.

Yet their primary function is still communication. To make things extra competitive, mobile service providers and manufacturers are striving to provide more personal options to consumers. One of these options is the ability to use ringback tones.

So, Why Aren’t Ringback Tones Free?

There is a good reason why they aren’t. There is one huge difference between a ringtone and a ringback tone. It’s that while a ring tone is stored on your phone and has nothing to do with the carrier, a ringback tone is saved with carrier, not your phone.

They store it on their servers, and when anyone calls your number, they will play the saved ringback tone to them, instead of the default tone. So since your carrier controls the ringback tone, they control the money they want to charge for the service.

Some carriers may have a small set of ringback tones that they will give you for free. But they are nothing special, and are usually related to the company’s brand music. Other than that, if you want, let’s say Skyfall by Adele, then you’ll have to pay for it.

What Kind of Ringback Tone Facilities do Carriers Provide?

With the current levels of competition, most features for ringback tones are interchangeable between carriers. Apart from the basics like which tones are available to you, and so on, things that vary are charges for the service, charges per tone, changing the tones, etc.

They will allow you to manage your ringback tones through your account on their site, where you can customize everything that they allow you to do.

For example, Verizon offers more than 90,000 songs, with $1.99 per tone and you get to use it for one year. T-Mobile CallerTunes lets you assign ringback tones to specific callers, after specific times of the day, and also lets you create a shuffling playlist that gives the ringback tones.

How Often do you Get Offers From Service Providers?

Sprint is a service provider which lets you download some free ringback tones, but your options are very limited. Same is the case with T-mobile. Verizon does not provide any free tones. You can get tones by AT&T from their official website after registering your number and getting an account with them. But the service is again, not free.

Are there any sites that provide these tones for free?

There are some websites, like torrents or P2P, which provide you ringtones for free. But since ringback tones are controlled by your carrier, there isn’t anything that you can download that lets you use a ringback tone for free.

How do I Know if a Website Giving Free Ringback Tones is a Scam Site?

Websites claiming to offer free ringback tones will ask you for your cell phone number or other personal details. These may be scam sites and might abuse your personal information. Some sites ask you to complete some offers by clicking and viewing ads.

Most of the time, after you have finished going through the offers, all you get is a message saying “sorry, no offers available currently. Check back later.”

Can I Make My Own Ringback Tones?

It depends on your service provider as your ringback tones are not stored in your phone like your ringtone. They are stored on the servers of the provider. If your provider offers this facility, go to their website and follow the instructions to customize or create your own tone.

The point is, there are no legal or ethical ways of getting ringback tones for free. Indeed, one way could be to try to hack into your carrier’s server and allot ringback tones for yourself, but honestly, the thing costs barely a dollar.

So it’s better to subscribe to them with your mobile service provider by paying a monthly rent for the same. Keep checking your provider’s website for special offers which can either be a free tone or a reduced monthly subscription amount.