Index In an increasingly integrated world of cloud computing, social networking and mobile computing, your personal data is highly vulnerable to hacking and virus attacks.

Without a powerful antivirus security solution guarding every entry point of your personal computing network, your system is pretty much a sitting duck, waiting for a virus bullet.

Prague-based AVAST Software is one of the best providers of antivirus security solutions worldwide. Versatile in its approach to software security, the company offers highly evolved antivirus products for Windows, Mac, Linux and Android platforms.

A succinct review of each popular avast! antivirus product, ranging from the free to the fully featured Internet security version is presented here. Also reviewed is their Android offering, which is one of the most feature-rich apps offered on the platform.


avast! 7 Free Antivirus Review
Pro
Cons By far their most downloaded and installed product, this one doesn't cost you a penny, but the question is - how much bang does it pack for no buck? Considering the features offered by most free antivirus programs, Avast offers good basic protection that would serve the needs of any computer user, whose least expectations are a decent virus and malware removal rate. Avast has gone the extra mile in version 7, offering automatic Sandboxing (facilitating the operation of a suspicious program in quarantine mode, insulating it from the system) and a real-time shield with eight different facets targeting anomalous functionality. This includes a web, mail, file system, network, P2P, behavior and script shield.

The standard quick, custom and full scan options are available. Also functional is a boot-time scanner that can detect root-kit infections, which may be lurking under the hood of your operating system. The reported scan speed is very high and a full scan will be completed fast, but it comes at the price of increased system resource usage, slowing other operations. Also added is a web reputation feature which indicates the reliability of a website through graded ratings. Regular streaming updates from the cloud ensure that the virus database stays current, to combat new virus strains. It also includes a remote assistance feature that lets you take advantage of external help.

Now we come to the most important part - the detection rate of viruses and malware. In an October 2012 comparative analysis of antivirus software programs conducted by AV-Comparatives, Avast Free Antivirus 7 earned a one star (Standard) rating which sets it just above average in this department. However, in the real-world protection test conducted by the same organization, it earned itself a respectable two star (Advanced) rating. However, it was overshadowed by programs like Bit Defender Antivirus Plus and Kaspersky Antivirus which earned the three star (Advanced+) rating. However, to be fair, it was pitted against fully featured paid software programs that were equipped with a range of advanced features. Overall, the software does a decent job.


Verdict : All in all, the program is highly recommended for people who are looking for the bare minimum security cover, at no additional cost. However, power users who are into net-banking, e-commerce and engage in a range of activities online, it is not at all a complete or recommended solution. Avast's Pro and Internet security versions are better equipped for the task.

avast! Pro Antivirus Review
Pros Cons Price:
The Pro version comes with a range of extra features on top of all the functionality made available by the free version. It has a robust antivirus and antispyware engine equipped with streaming cloud updates, built to counter viruses, trojans and malware of all types, including email threats. Besides the multifaceted real-time shield operational in the background, the Pro version offers a SafeZone desktop window feature, that lets you safely engage in online shopping and net-banking, while being essentially isolated from the rest of the computing ecosystem.

The cloud-based file reputation warning feature identifies the risk involved in opening a file, beforehand, to prevent any potential damage. Besides the Sandbox feature discussed earlier, the code emulator functionality runs suspicious files in a secure environment, neutralizing it in case of a threat. Multicore processing ability makes scanning faster and more effective than before.

While the Pro version also remains shaky on malware ground, earning an above average performance rating, overall, the program is rated among the best in the market. Virus Bulletin rated it with a 100% VB rating, while AV-Comparatives rates it as an effective software with a high detection rate of viruses.


Verdict : Compared to the free one, Pro version makes for a good antivirus software, because of the Swiss knife like multiple usability features it provides, battling on multiple fronts to protect your privacy and data. It would satisfy most home users actively engaged in e-commerce and online shopping, while leaving a relatively light footprint on your system's resource usage.


avast! Internet Security Review
Pros Cons Price:
The most versatile and feature-rich product launched by Avast till date, Avast Internet Security is designed to be your complete security solution, with functionality that adds a layer of features on top of the Pro version. Since the software is a superset in terms of features, including all the functionality provided by free and pro versions, I review only the extra features provided.

The firewall is the single most important addition made to this software, effectively securing your PC from all kinds of external threats, which your native OS firewall may not detect. It lets you switch between three levels of risk zones, depending on the kind of environment you are operating your PC in. It can effectively neutralize hacking attacks and easily identify phishing scams.

The second feature of note is the Anti-Spam feature which scans every single incoming email on your PC through clients, for potential threats. Using its reference database of email addresses with a history of spamming, it will block and filter out most email-based hacking attempts automatically.

Besides this, the SafeZone feature, along with Sandbox facility described previously, this version builds a veritable fortress around your PC, functioning like an immune system ready to be launched into action, whenever need be. Overall performance review reveals superior cleanup performance for malware, scareware and virus threats in general.


Verdict : The software matches up with the best in business in terms of performance on all fronts. It is ideally suited for power users of the Internet, looking for all-round security for their PCs. Still, it lags behind BitDefender, Kaspersky and Panda Internet security in terms of overall performance.

One of the few vendors who offer antivirus security for the Android mobile platform, Avast's free mobile security app is a major hit, thanks to its anti-theft facility, which provides remote control over a stolen device through the Internet and SMS. It makes data wipes and other countermeasures possible. It works on Android 2.1 and later devices. An all-in-one mobile management and security solution, the app offers a virus scanner, shield control, privacy advisor, sms & call filter, as well as a network meter. An App Manager feature plays a role akin to a task manager on the Windows desktop. The web-shield blocks suspicious URLs as you browse on the phone, besides offering a firewall for rooted devices.


Verdict : All Android reviewers have given a thumbs-up to this app, having passed rigorous virus scanning tests, with flying colors. This is undoubtedly the best Android mobile security app available on the Play Store right now. With phone theft on a rise all over the world, this app is a must-have for all Android loyalists.

Depending on the degree of risk your PC is exposed to, you may choose any one of the above reviewed Avast security solutions. While there is a lot of room for improvement in the personal computer arena, where virus threats abound in millions, Avast has got it right, as far as the mobile space is concerned. The Avast Internet Security version is the best choice among all reviewed here and is highly recommended by yours truly.
Share This 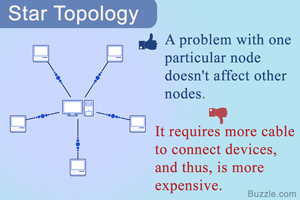