An OSI model is an abstract description of the working of various layers of a network. For more information on the OSI model diagram and the functions of its various layers, read the article given below.

You are here: Home / IT Jobs / OSI Model Diagram

An OSI model is an abstract description of the working of various layers of a network. For more information on the OSI model diagram and the functions of its various layers, read the article given below.

The OSI model (Open System Interconnection) was developed by the International Organization for Standardization (ISO) in the year 1984.

It is an abstract 7-layered model that explains the working of various networks. It explains the changes that data undergoes when it passes through the network. It defines the exact stages that a data must undergo when it travels from one device to another through a network. The TCP/IP is another such networking protocol, which is more advanced than the OSI. The main difference between these two protocols is that the latter is older than the former, and it does not support Internet working. The OSI model diagram was developed to explain the working of various inter-computer communications and was invented before the advent of the Internet. 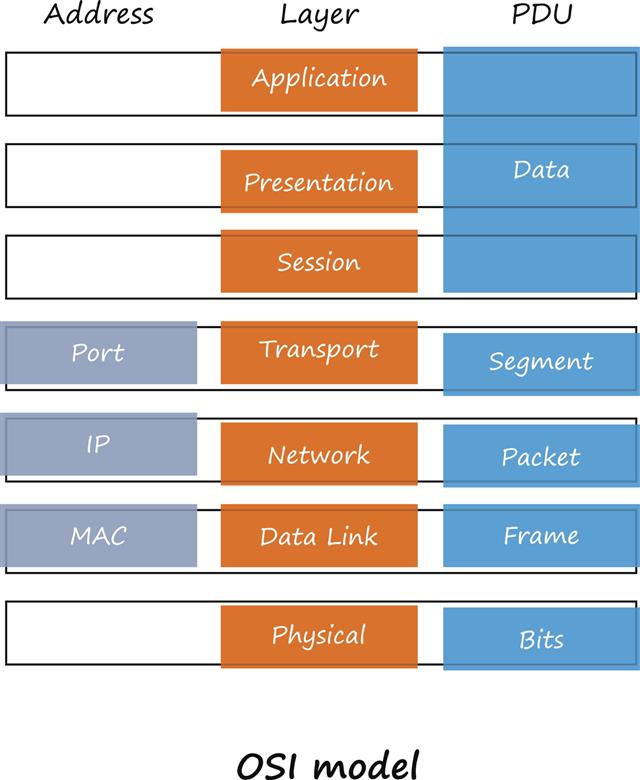 As you can see in the reference figure, this protocol is made up of 7 layers, namely, the application, presentation, session, transport, network, data link, and physical layer. An easy way to remember the order of these layers is, “All people seem to need data processing“, where the first letter of every word represents the respective layer. These seven layers can be divided into two sets, as the application set and transport set. The application set consists of the application, presentation, and session layers, while the transport set comprises the remaining. All these work in synchronization for transmitting data from one computer to another. Given below is a brief information on their functions.

It is said to be the closest layer to the user. It is through this that a user can interact with the software application that will aid in the data transfer. Its main functions are identifying the user who wants to communicate, determine whether the data and networks sources are available, and lastly, synchronizing the communication between the two users. Its actual implementations include File Transfer Protocol (FTP), Telnet, Simple Mail Transfer Protocol (SMTP), etc.

Its main function is to convert the data into a format that could be easily recognized by the application layers of other end users. Compression/decompression, conversion, encryption/decryption, coding/decoding, etc., are some of the tasks undertaken. Thus, this layer converts the data obtained from the application layer into a format that can be easily identified by other network layers.

It plays an important role in establishing, maintaining, and terminating the connection between two users. It controls the communication between the source user and the destination user, and also decides the time of communication. Any error report related to application, presentation, and session layer are provided here.

It is responsible for delivering the data or the messages between the two users. The first task is to divide the data in packets. This data is further re-assembled at the side of the receiver user. It is also responsible for error-free data transmission, and it also guarantees that the data will be received in correct sequence at the receiver end. UDP, SPX, TCP, etc., are some of the protocols that operate on this layer.

Its main function is to provide switching technologies, routing technologies, and transmitting data from one node to another. It creates logical paths for the data transmission, which are known as virtual circuits. It is also responsible for handling errors, packet sequencing, controlling network congestion, and addressing. Thus, it is responsible for setting up the required network for transferring data from one user to other.

One of its main functions include providing reliable transit of the data through a physical network. It decides the physical configuration of various devices. It is responsible for synchronization of various physical devices that will transmit the data. It makes sure that the frames are transferred in correct order, and asks for retransmission in case of error. Basically, it provides reliable transmission services to the network layer.

OSI model is a conceptual exhibit of seven different layers. It helps you understand the working of a network in a simple and easy manner.