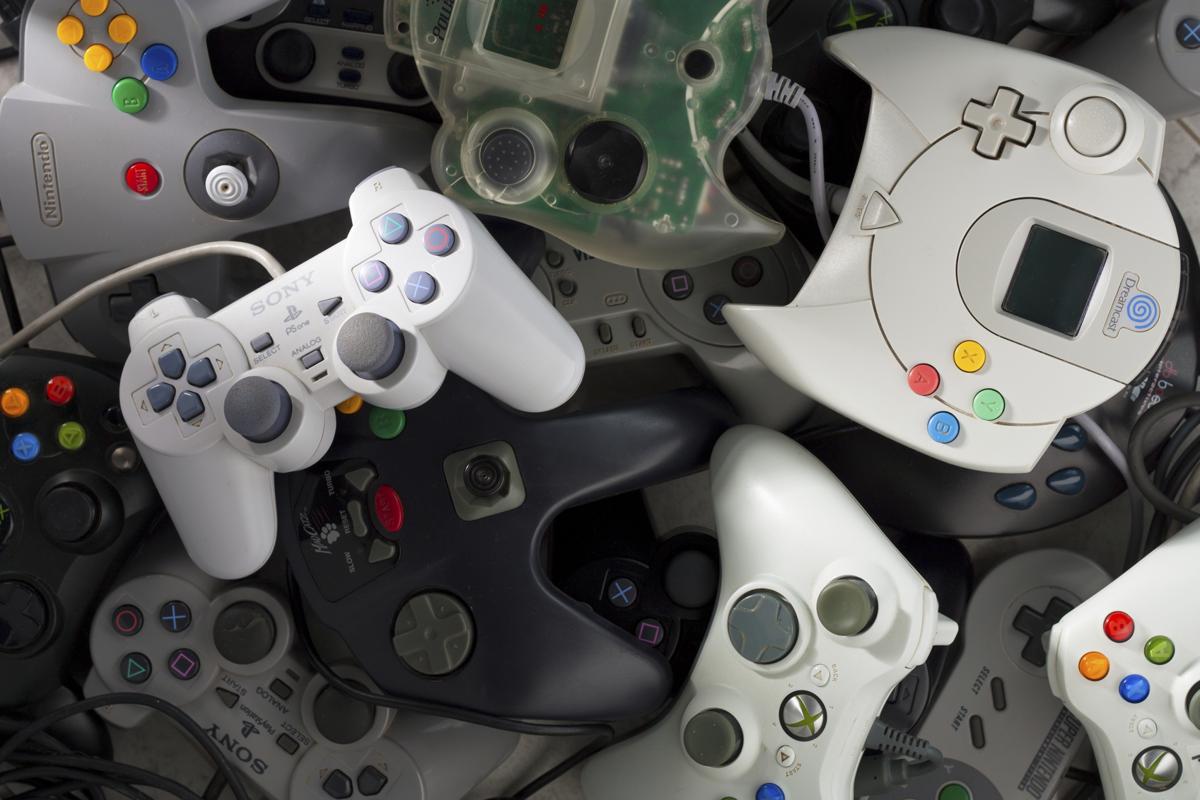 Kinect on the Xbox 360 makes for a gaming experience like none other, especially for the younger audience. This Techspirited article lists the best Kinect games for kids.

Kinecting the World!
According to figures released by Microsoft, by the end of 2013, more than 24 million Kinects were sold worldwide.

The Xbox 360 was, and still is, one of the best game consoles of all time. The powerful hardware on board the console and the intuitive controls of the controller made the 360 an instant hit with the masses. Die-hard PlayStation fans might argue that the PS3 is just as good, if not better. One thing though, that took gaming on the 360 to a whole new level was the Kinect, the console’s motion sensing device. A world without controllers is perhaps every gamer’s dream, one that the Kinect truly gave wings to.

While the games released initially couldn’t quite exploit the true potential of the device, they sure made for hours and hours of fun for the kids. Kids instantly took to the Kinect, and game developers also have rolled out some real nice Kinect games for kids. If you too are looking for Kinect games for your little one, you sure have come to the right place. Here’s a list of some of the best Kinect games for kids available in the market today.

Kinect Sports: Season Two
Age Group – 6 yrs onwards
The new sports season is upon us and it promises to be better than ever. Kinect Sports: Season Two brings in 6 new sports―American football, baseball, darts, golf, skiing, and tennis. The visuals are stunning to say the least, and gameplay too, for the most part, is nothing short of spectacular. The Kinect does a fantastic job of catching every action, and is especially good while playing darts, baseball, and golf. The other games too are pretty good, except for tennis that is a real drag. All in all, though, this is by far, one of the finest games on this platform.

Just Dance 2014
Age Group – 6 yrs onwards
With over 40 million copies of the popular franchise already sold, Just Dance is one of the most popular dance games on any gaming platform. The aim of the game? To let your hair loose and just dance! The tracks are extremely groovy, and feature the latest hits. There are plenty of challenges and new dance moves to try, and there’s barely a dull moment as you play. You even get to have duels with other players online. A perfect platform to strut your moves, this is one for all ages, and you might have a tough time keeping up with the kids while playing this game.

Kinect Disneyland Adventures
Age Group – 6 – 12 yrs
Too lazy to drive down to Disneyland, but don’t want to break your kid’s heart? This is the best solution. Kinect Disneyland Adventures takes you on a virtual tour of the magical kingdom of Disney. The visuals are so good that you would be reaching out to the many balloons floating around. You get to try out the rides and even have mini games and missions to complete within the game. The best part―you don’t need to wait in the long snaking lines! The gameplay is almost too simple, and the minigames barely throw up a challenge. The game is good fun nonetheless. As you walk around exploring Disneyland, do not expect to bite into the scrumptious Monte Cristo or indulge in the mouth-watering Mickey Mouse pancake!

Body and Brain Connection
Age Group – 6 – 12 yrs
They say, ‘All work and no play makes Jack a dull boy’. Well, the next time your kids come up with that excuse to get some extra playtime, you could just hand over this game to them. Playing your way to learning new stuff, what could possibly be better than that! Like the name suggests, the game is meant to exercise the body and the brain. Body and Brain Connection brings in some real interesting mini games which put forth challenges involving math, logic, and memory. The gameplay is rather simple, and it is a fun way to learn new things. Sadly though, there is plenty of repetition right through the game, and the game tends to lose its appeal after a couple of hours of play. Nonetheless, it still is a fun way for your little ones to keep their body and mind sharp.

Kinectimals: Now with Bears
Age Group – 6 – 12 yrs
Would you like to roam about and explore the jungle without having the fear of being eaten? Well, Kinectimals: Now with Bears could let you do just that. You make your way through the island of Mira, guided by the lovely voice of Lina―a tiny flying fox―your guide. As you go along, you can adopt a cub (lion, tiger, cheetah, leopard, black bear, grizzly bear, cinnamon bear, panda bear or polar bear). The objective is to solve Fiddler’s Quest, and along the way, you can get your cub to juggle, climb trees, fish, and do lots more. The graphics are surreal, and you’re bound to fall in love with the cubs. You can even pet them every now and then, and play around with them. Buy the game, and transform your living room into a virtual jungle.

Puss in Boots
Age Group – 6 yrs onwards
If you are a fan of animated films, you’ve gotta love Puss in Boots, an integral part of the popular Shrek series. Puss will certainly charm you with those wide eyes. There are plenty of mini games right through the course of the game, and yes, loads of sword fighting. In fact, there seems to be an overdose of fight sequences that make the game just a tad boring. When Puss isn’t brandishing his sword, he does what he does best, walk around stealthily. He brings in his usual humor and wit, which makes things rather interesting as the game progresses. The graphics are a major letdown, and so is the lag while playing. The game is tons of fun for the most part, and once you get over all the sword fighting, you’ll surely enjoy the game.

Sesame Street: Once Upon a Monster
Age Group – 6 – 12 yrs
Every kid loves Sesame Street. The charm of the much-loved characters of the original show make this game an absolute delight for the kids. The Cookie Monster and Elmo play the anchors in this game which unfolds within a storybook. You get to play Elmo, Cookie Monster, Grover, and the other monsters, as you progress through the 6 different stories within the game. Through the course of the game, you would be dancing, playing musical instruments, and even flapping your arms around like a bee. The games are really simple, and each chapter lasts for just about 30 minutes, which makes it ideal for the kids.

Sonic Free Riders
Age Group – 6 yrs onwards
Sonic is perhaps one of the most popular game characters of all time. In its Kinect avatar, Sonic Free Riders brings in a lot of promise, and delivers on most fronts. The intuitive controls barely take any getting used to, and make for some impressive gameplay in true Sonic style. You get to play Sonic or his other colorful friends as they ride through the city on board their hoverboards. The track passes through some beautifully designed environment, which are an absolute treat to the eyes. There are plenty of hidden shortcuts that keep things interesting right through the game. There are loads of objective-based challenges strewn across the game, which will get you jumping around, collecting rings, and racing past your competition to the finish line. Sadly though, as intuitive and fun the controls may be, they lag a lot, which takes the punch out of this otherwise wonderful game.

Kinect Adventures
Age Group – 6 – 12 yrs
This is series of games is meant to get you started with the entire Kinect experience. The entire game is made up of 5 minigames―River Rush, Reflex Ridge, Rallyball, 20,000 Leaks, and Space Pop.

River Rush is the best of the lot and takes you on a white-water rafting adventure. Your exhilaration levels reach a new high as you steer and paddle your way through the rapids. The graphics are great, and the gameplay is very interesting indeed.

Reflex Ridge is the perfect game for those looking for a quick and fun workout. The game puts you on a rail platform in the middle of an obstacle course. As the game progresses, you’ll be huffing and puffing trying to catch your breath as you jump, sidestep, and duck your way across the obstacles that come in thick and fast.

Rallyball is Kinect’s take on the classic arcade game Brick Breaker. The objective of the game is to destroy blocks placed on the other side of the hallway using a rubber ball. You can fling the ball towards the wall using your hand, legs, head, or any other body part. You also need to shield the tower of blocks behind you from the balls that come bouncing back towards you. The game gets really challenging as the number of balls in play increase, and you try to fend off the balls that come your way using your body.

20,000 Leaks places you deep down in the ocean, in a tank made of very thin glass. All around, you can see fish and sharks swimming and bumping into the glass walls every now and then, and that is where things begin to fall apart for you, quite literally so. Cracks begin to show up along the glass walls, but your touch can heal them all. The problem is, there are just too many holes to plug. As the game progresses, you need to use your hands, head, nose, legs, amongst other body parts to seal the leak. Sounds like fun, eh? Not quite, as you really need to reach out to find exactly where the leak is, and Kinect doesn’t always pick up all your actions.

Space Pop has you floating around in a space station all by yourself. Your mission―to pop the bubbles before they threaten to take over the world! You move around by flapping your hands, and turning in the direction you want to go popping the bubbles as you go. Well, that’s all there is to this game.

There you have it, these games are guaranteed to be tons of fun for the kids, and also the kid in you! Take your pick then and watch your kid dancing around in joy. Cheers.