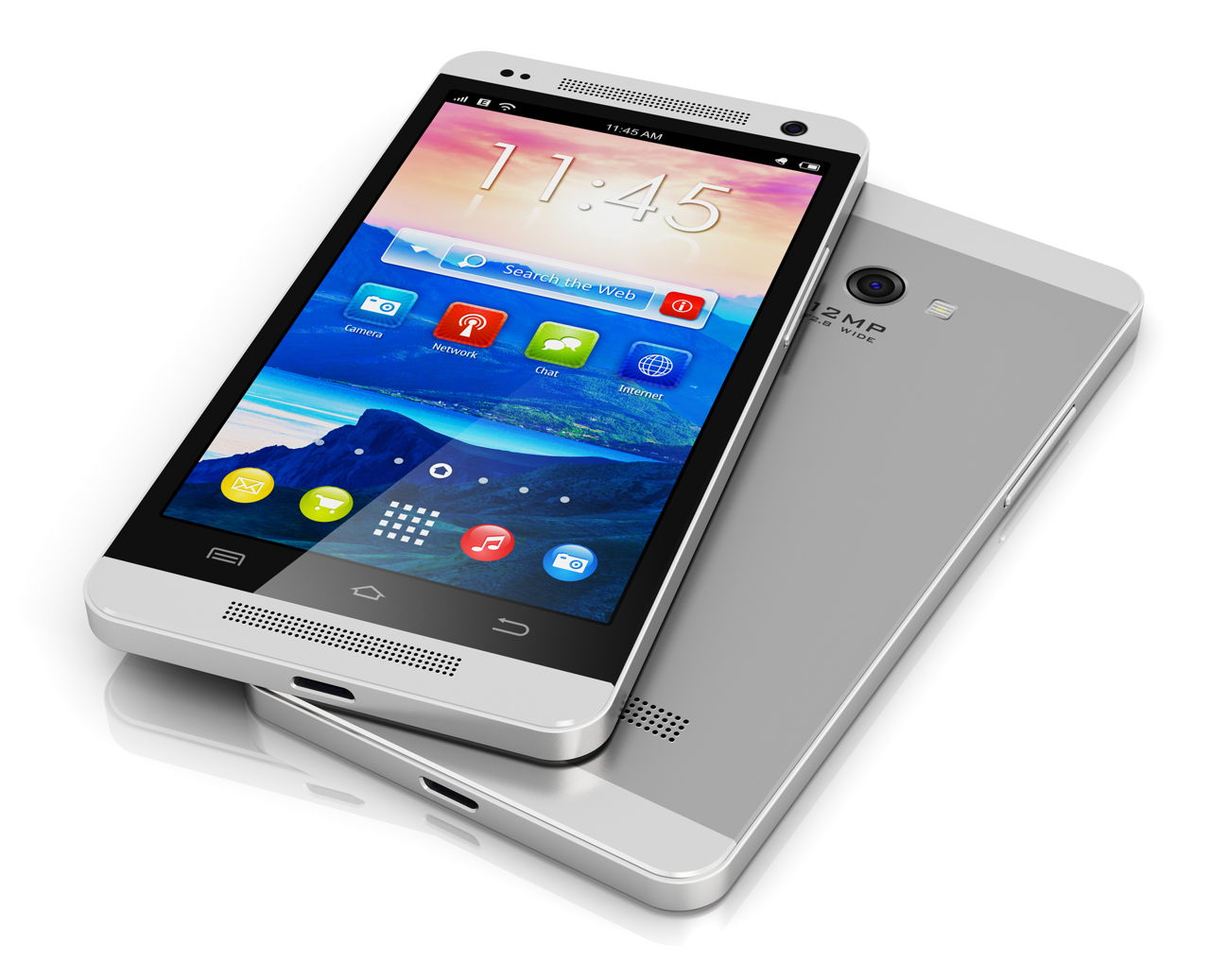 As of September 2013, Nokia is the fourth largest smartphone vendor in the US, with a market share of 4.1%, while Motorola is on the fifth spot with 3.7%.
Source: Market Monitor : USA Smartphone OEM Share in Q3 2013

Motorola recently unveiled one of the most amazing phones to have hit the market in recent times. No, this is no powerhouse in terms of specifications, but when it comes to value for money, this beauty is second to none. The Finns, however, might have a thing or two to say about that though. The Nokia Lumia 520 too, gives you plenty of bang for the buck, and the fact that this is already the best selling Windows phone of all time bears testimony to this.

One has Android blood running through its veins, while the other gives you access to a magical Window to a world of infinite possibilities. Comparing the two would be like comparing mangoes (apples just don’t fit into the budget!) and oranges really. These two, however, target the same lucrative segment―that of budget phones. Here’s a look at how these devices fare against each other, and which of these is worthy of staking claim to the title of the ‘Ultimate Budget Phone’.

Disclaimer: Prices mentioned are subject to change according to offer and location.

The phone is encased in a polycarbonate body with a soft-feel texture which gives it a premium look and a great grip. With dimensions of 129.9 x 65.9 x 11.6 mm and weighing 143 g, the phone fits just right in the hand and feels solid. It borrows its design elements from its upmarket sibling, the Moto X. There are a range of color options available for the removable back panel on the phone.

A soft, rubberized plastic back makes the 520 hold nicely in the hand. The phone has a real nice feel to it and does not feel cheap at all. Weighing in at a mere 124 g, and with dimensions of 119.9 x 64 x 9.9 mm, the phone makes usability a real delight. The removable back panels are available in four vibrant colors.

Both these devices have a real solid build quality that could easily pass for that on a premium device. The phones have a great in-hand feel as well, although the Moto G with its curved back and proportionate weight do make for a slightly better grip. The interchangeable back panels are a welcome edition, but once again, the G has its nose ahead by a very small margin for offering a lot more color options.

The device is powered by a Qualcomm Snapdragon 400 chipset with a quad-core 1.2 GHz Cortex-A7 CPU. Add to that, the ample 1 GB of RAM, and we have quite the performer on our hands. The phone simply breezes through all operations and even resource-hogging apps with ease. The phone is available in 8/16 GB versions, but unfortunately, lacks a Micro SD card slot. It does, however, come with 50 GB of Google Drive storage for 2 years.

At the heart of the 520 is a Qualcomm Snapdragon S4 Plus chipset with a dual-core 1 GHz processor. 512 MB of RAM is just about sufficient to handling multitasking on Windows Phones. The phone has no problem handling all the apps that do run on it, although the newer apps on the platform require at least 1 GB of RAM. It comes with 8 GB of internal storage and a Micro SD card slot that supports cards up to 64 GB. Now that makes it a real sweet deal for most people who love to carry all their data along with them at all times.

The Lumia 520 has a capable processor, and the Micro SD card slot is definitely a blessing. Having said that, though, the Moto G may not have Micro SD card slot expansion, but it makes up for that with the bundled Google Drive storage. Also, the CPU on board this phone is surprisingly good at this price point. The G undoubtedly, is the better performer of the two with almost twice as much power. You might want to consider that the Windows Phone platform just isn’t as demanding as Android.

The screen on this phone will lead you to believe that you are holding a premium phone. 4.5-inches of 720p screen real estate with a pixel density of 326 ppi looks dazzling and is, by far, the most amazing part of this phone. The Adreno 305 GPU barely breaks a sweat, churning out crisp videos and images. Gamers too, are bound to instantly fall in love with the gaming experience on this device. Gorilla Glass 3 guards the phone’s display and should keep minor scratches away.

The phone sports a 4-inch LCD with a pixel density of 235 ppi. The phone might not exactly be the shining point of the 520, but is good enough for basic use. The Adreno 305 GPU does a good job of video rendering, but is let down by the average display.

No contest here, the Moto G simply blows us away with its brilliant screen. The Lumia 520 is fairly decent and offers a screen which would easily beat the other contenders, but offers no resistance to the incredible display quality of the G.

The images captured by the phone range from good to mediocre, depending on the lighting conditions. The camera isn’t made to handle low-light photography, but images look rather good in well-lit environment. The camera UI is fairly standard with the usual settings all included. Videos are captured at [email protected] The front camera is the standard 1.3 MP camera found on most devices.

The camera on the 520 is surprisingly good, which is further aided by the many options available in the camera UI. One such cool features is the option to download and use Nokia lenses directly on the stock camera app. Videos are recorded at [email protected], but the lack of an LED flash is greatly felt in low-light conditions. The phone lacks a front-facing camera.

Nokia Lenses are a great addition.

The cameras on both the devices leave a lot to be desired. The Moto G has an average camera, while the Lumia 520 has a nice camera but lacks an LED flash. The balance, however, shifts in favor of the latter, mainly because of its superb camera app.

The phone runs a very lightly skinned Android 4.3 Jelly Bean OS, with an upgrade to KitKat just around the corner. The hardware on board the device ensures that your Android experience is not hindered by any lag or stutter of any sort. Moreover, the planned upgrade to Android 4.4 should further enhance the user experience on this phone.

The sweet taste of Jelly Bean.

The phone runs on Windows Phone 8, and an upgrade to WP8 Amber is on the cards. The screen transitions are buttery smooth in true Windows Phone style and the live tiles too, look real nice on the phone. The phone, however, misses out on using the latest apps available for Windows Phones mainly because of the low RAM.

The operating system is perhaps one of the most important judging criteria while selecting a phone. Ultimately, this comes down to personal choice. Both devices do an excellent job of showcasing the goodness of their respective OS’s. Android with its humongous user base and an even bigger treasure trove of apps lends a decisive edge to the Moto G.

The phone is powered by a rather generous Li-ion 2,070 mAh battery. Even with the large 720p screen, the phone easily makes it through a day and then some more of moderate use on a single charge. The battery itself is not removable but should be more than sufficient to see you comfortably through a day.

Power to see you through the day.

The user-removable Li-ion 1,430 mAh battery does a great job of seeing the phone across a day of moderate use on a single charge. Given the low power requirement of the hardware on board the phone, you wouldn’t need to scramble to get to the nearest charging point at least till the end of the day.

You will need to charge it each day.

Both phones do a good job of powering through at least one day on a single charge. The Moto G does just a little better than the 520 thanks to the larger battery, which does a great job of keeping the bright display running.

The Nokia Lumia 520 has been around for a good six months more than the Moto G. The low-end Lumia offered some really nice specs at an unbelievable price. Motorola’s gambit of cutting down on its profit margins has really helped it deliver an absolute gem of a device at an extremely competitive price. The Lumia 520 is still a very capable phone and still is one of the cheapest smartphones ever. The G, however, offers better features and more bang for the buck. Lo and behold, we have a new champion in our midst―all hail the Motorola Moto G, king of the budget phones.