The Moto G is Motorola's latest device intended to make up for the lackluster sales of the Moto X. This Techspirited article gives you an in-depth review of this rather capable budget phone.

You are here: Home / IT Jobs / Motorola Moto G Review: Genius on a Budget 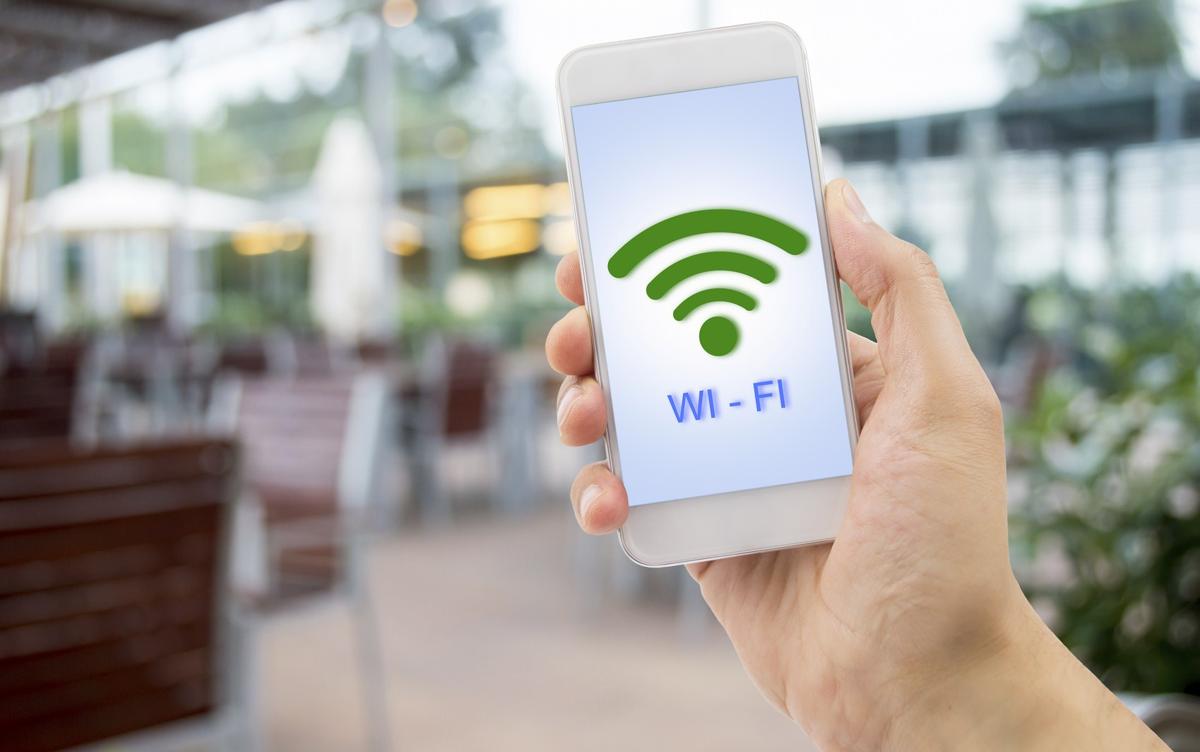 The Moto G is Motorola’s latest device intended to make up for the lackluster sales of the Moto X. This Techspirited article gives you an in-depth review of this rather capable budget phone.

The company is also selling SOL REPUBLIC JAX Headphones in different colors to match the color of the Moto G.

Motorola seems to be invigorated now, after Google gave the company a new lease of life. The results are for all to see with the latest Moto phones, the X and its younger sibling, the G. The Moto X impressed one and all with its many neat tricks and high level of hardware customizations. On paper, the Moto G might come across as a cheap rip-off of its feature-rich cousin, but don’t let the specs fool you, this is one nifty device. Besides, the two phones are meant for completely different audiences. I would, through the course of this review, draw comparisons between the two phones as they are rather similar, yet couldn’t be more different. The X was marketed as a premium device, the G is more of a budget phone. Truth be said though, if it hadn’t been for the surprisingly low sales of the X, the G would probably never have made its way out of the drawing board.

We may have come to expect a budget phone to be rather cheap, but the Moto G will definitely get you to reconsider. The G springs in quite a surprise with its build quality and rich feature set that it offers. This does not mean that corners haven’t been cut to justify the low price point, but most of these are things we can surely live with. Without further ado then, here’s jumping right in to an in-depth review of Motorola’s latest offering.

At first glance, the Moto G is hard to tell apart from the X. Hold it in your hand though, and you would definitely feel the added weight and bigger waistline. Having said that, I would like to mention that if you haven’t laid your hands on the Moto X, you’ll be rather impressed by the overall build quality of the G. The phone sports an almost identical design as its sibling, which is not a bad thing at all. The device sports a dimension of 129.9 x 65.9 x 11.6 mm, but fits snugly in the hand. We love the use of high-quality plastics on the phone―soft-feel for the back, and high gloss for the front. Weighing in at just 143 g, it will comfortably slip into your pocket unlike other phones these days that feel lighter in the pocket, but can be a perfect replacement for your dumbbell. The front is occupied by the display, above which, you will find the earpiece under a metal grille flanked by the secondary video-calling camera to the left, and the ambient light and proximity sensors to the right. The left side is absolutely bare, with the only hardware keys―power key and volume rocker―finding their way to the right. At the top is the 3.5 mm headphone jack square at the center, with the secondary mic for noise-cancellation sitting to its side (no ASR magic here). The bottom houses the microUSB port and the mouthpiece. At the back is a similar layout as that on the Moto X-camera with a metal ring, speaker, and single LED flash. The only difference being that the speaker is to the left, and perforations for the speaker seem to be a little bigger. Below the LED flash sits the Motorola symbol in the same circular indentation that we’ve really come to like. The back cover itself is removable, although this can be just a little tricky. Underneath, you will find the micro-SIM slot and the non-removable battery. The phone has the build quality to match that of high-end phones. The back panel is available in 7 color choices.

Overall, the phone feels solid, with no loose parts and creaks. This might be a low-budget phone, but the construction definitely doesn’t feel like it. Even some popular ‘aces’ from its competitors seem to fall down flat compared to this device. Also, the phone offers a variety of changeable back covers and handy flip covers too. You may not have the MotoMaker at hand here, but the 7 colors currently offered should please most customers.

Do not expect to find Motorola’s X8 computing system here. That, in no way, means the phone packs a mediocre processor. The phone packs a Qualcomm Snapdragon 400 chipset, ably supported by a quad-core 1.2 GHz Cortex-A7 CPU. Now that is a very impressive package considering the price point. The phone has no problem handling all the Android functions and is a delight to use. The 1 GB of RAM does a fine job of handling multitasking, and will leave you wondering if you really are handling a budget phone. Don’t get me wrong here, there are a lot more capable devices out there, but that is precisely the point―you will never notice the difference unless you physically compare two devices side-by-side. The important bit here, is that the hardware is capable enough to execute all the tasks that are assigned to it. Another premium (and might I add, generous) addition is the water-repellent coating on the internal circuits of the phone. This is definitely not something that we expected to find on a device that retails off contract at a mere 179 USD for the 16 GB model.

Storage options are fairly limited, and you can opt in for either an 8 or 16 GB model. This would mean that you would have roughly 5 or 12 GB of storage space to play around with as there is no Micro SD card slot on here. Google, once again, has been generous enough to offer free 50 GB of Google Drive storage for all Moto G customers. That ought to make up for the low on board storage space, but then again most of the competition offers just 4 GB of storage. The hardware on board is remarkably fast and responsive.

The Moto G continues to amaze us, and its display is one such element that had our jaw dropping to the floor. On powering on the device, we were pleasantly surprised to see a bright 720p LCD staring at us. The 4.50-inch screen has a high pixel density of 326 ppi. To put things into perspective, the iPhone 5s, which would set you back by a small fortune, has the same pixel density on its 4-inch screen. The screen has good contrast levels and sunlight legibility is no issue as well. It also has wide viewing angles, with the colors looking faded out only at extreme angles. The high pixel density screen makes text look crisp, and multimedia experience is nothing short of spectacular. Graphics are powered by an Adreno 305 GPU, which ensures smooth and lag-free screen transitions. The phone even handled high-end games with relative ease without any noticeable lag. Motorola undoubtedly have done a great job of accommodating a wonderful screen at such a low price point. Corning Gorilla Glass 3 literally acts as the icing on top, and provides the display with good scratch resistance. Best-in-class display.

The phone can easily pass for a high-end device.

This is perhaps, the only aspect of the phone that seems to reveal its pricing. The 5 MP camera at the back is nothing to write home about. Nonetheless, it gets the job done. I must mention here, that although the camera isn’t great, it is still one of the better 5 MP cameras out there. Outdoor photographs in good lighting look really good, and the camera even manages to take some decent photographs in low-light conditions. The camera UI is the same as the one found on the Moto X and is really fast and convenient to use. Images are captured at a maximum resolution of 2592 х 1944 pixels, and videos are shot at 720p@30fps. The usual camera features like HDR, slow-motion video capture, burst mode, etc., can also be found here. All in all, the images captured by the phone’s camera may not wow you, but still look great at least on the device.

The 1.3 MP front-facing camera too, is decent enough and can take good self-portraits in good lighting. It also can record videos at 720p@30fps. A good point-and-shoot camera.

You can barely see a blur of Motorola’s old UI, and the OS on the device is fairly stock Android. The phone comes with Android v4.3 Jelly Bean, which is impressive considering most top-end devices still ship with the older v4.2.2 of the OS. To make the deal even sweeter, the KitKat update is expected to roll out in the next couple of months. Bottom line is that if you enjoy the Vanilla Android experience, then you will feel right at home with the device. Also, without any heavy skinning to weigh it down, the phone goes about its job rather calmly. Performance should further get a boost once KitKat makes its way to the Moto G. Vanilla Android experience with a barely noticeable MotoBlur UI.

The phone has a Li-ion 2,070 mAh battery, which should easily see the phone through a day of moderate use. The 720p display does not eat into the battery by much, and even the processor seems to be on a power diet. The battery itself is non-accessible as has been the trend in most recent devices. Powering through one day at a time.

The Good about Motorola Moto G

The phone's removable back panel is currently available in 7 colors.

The Not-so-good about Motorola Moto G

Honestly, we weren’t expecting a whole lot out of the Moto G as it is after all a budget phone. But boy, were we wrong. Motorola has done a phenomenal job at developing a surprisingly feature-rich phone that does not cost you an arm and a leg. Any other phone with similar features would easily sell at more than 250 USD. The company has shown that not all premium devices need to sell at a premium price. Let us hope that other OEMs follow suit. This phone most definitely is better value for money than the Moto X, although the latter did have some extremely impressive specs to justify its asking price. You can read more about the Moto X here.

Disclaimer: Prices mentioned are subject to change according to offer and location.