The Most Common Computer Network Problems and Their Solutions

Common computer networking issues cause problems in an office as well as home setups. Common as these issues are, they can be solved by just paying a little attention to details. Here's some more on addressing common networking problems.

You are here: Home / IT Jobs / The Most Common Computer Network Problems and Their Solutions 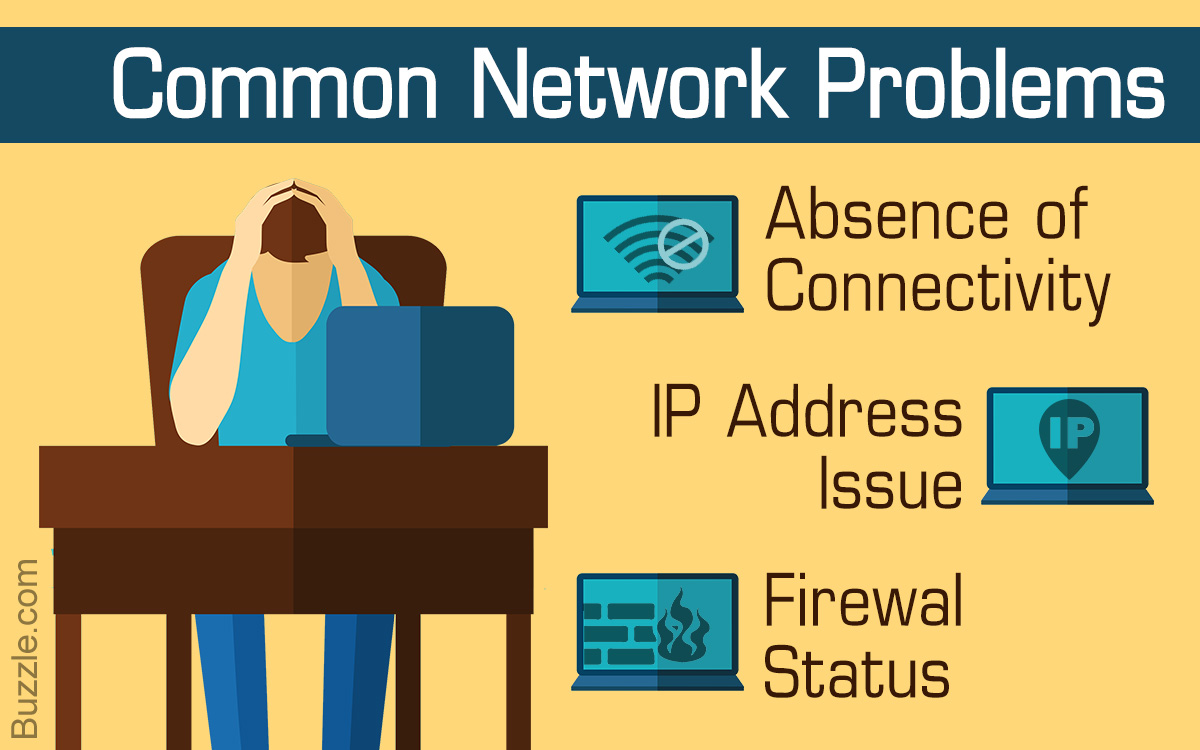 Common computer networking issues cause problems in an office as well as home setups. Common as these issues are, they can be solved by just paying a little attention to details. Here’s some more on addressing common networking problems.

Whether you are a system administrator in an organization or someone who has a networked setup in your home, troubleshooting networking glitches is an inseparable part of your life. For a person, who ensures the smooth functioning of networked computers, frantic calls of help are the norm rather than the exception. While disasters do happen, most of the calls demanding assistance are a result of some very basic troubles; troubles that do not require a lot of skill, but just a little patience. Learn how to fix the most common networking and Internet problems right here.

Fix it: Simply enough, changing the IP address on one computer will fix this problem in no time. To resolve the network card issue, pinging another computer is how you test the network card’s functioning, which should tell you if it needs to be fixed.

Problems related to connectivity plague us perpetually, and more often than not, the solution lies in checking your physical connections and connection devices. Even with Wi-Fi network, there could be some unreachable areas where radio signals simply refuse to venture; and with a multiple client WLAN, you must choose a central location to install the router or WAP.

The Solution: A quick inspection of your router or hub will tell you if some machine is disconnected, or if the culprit is a faulty cable.

Certain computers remain undetectable even after the naming rules for computers and domains have been followed. If you aren’t using TCP/IP already (especially with home setups), it is recommended you do so as the functionality it offers is unmatched.

Fix it: Ensure all the computers are within the same subnet with individual IP addresses. This is elementary; but, just check if the file and printer sharing option is installed and functioning, and also define network shares on each computer. Tweaking Firewall settings may also help.

Slow connectivity is the mark of a haphazardly planned network, leading to extra collisions, which the network is incapable of handling. Heavy file transfers bring down the speed tremendously. At times, the network card, which is actually in charge, may also be overtaxed.

The Solution: Users must be told to zip bulky files while transferring, which lowers the pressure on the network. Also, check if the network card is not suspended in the transmit mode, which indicates that the card is working overtime. All you need to do in such cases is, to replace the faulty components; having done that, never forget to test the functionality.

Troubleshooting Internet connection drops should begin with an examination of the router and a check for any configuration problems. Before you do that, just confirm if your signal strength is fine, and if it is, the problem is obviously internal.

Along with providing the necessary security, Firewall settings can interfere with file sharing on connected computers. It is true that disabling security features can make your system vulnerable to attacks, but lowering security levels should not cause too much trouble.

The Solution: Rigid Firewall settings need to be adjusted to allow networked computers to share data. You may consider disabling the security settings temporarily, after having thoroughly considered all security related threats.

Problems related to networking rarely venture far from the mundane. Having gone through the common networking problems and the mistakes to avoid, ensure that you keep them at bay and stay away from trouble with a finely operating networked system.