Most Anticipated Xbox One Games of 2018

Itching to dig out the titles of the most anticipated Xbox One games of 2018? Well, read right ahead to find out for yourself!

You are here: Home / IT Jobs / Most Anticipated Xbox One Games of 2018 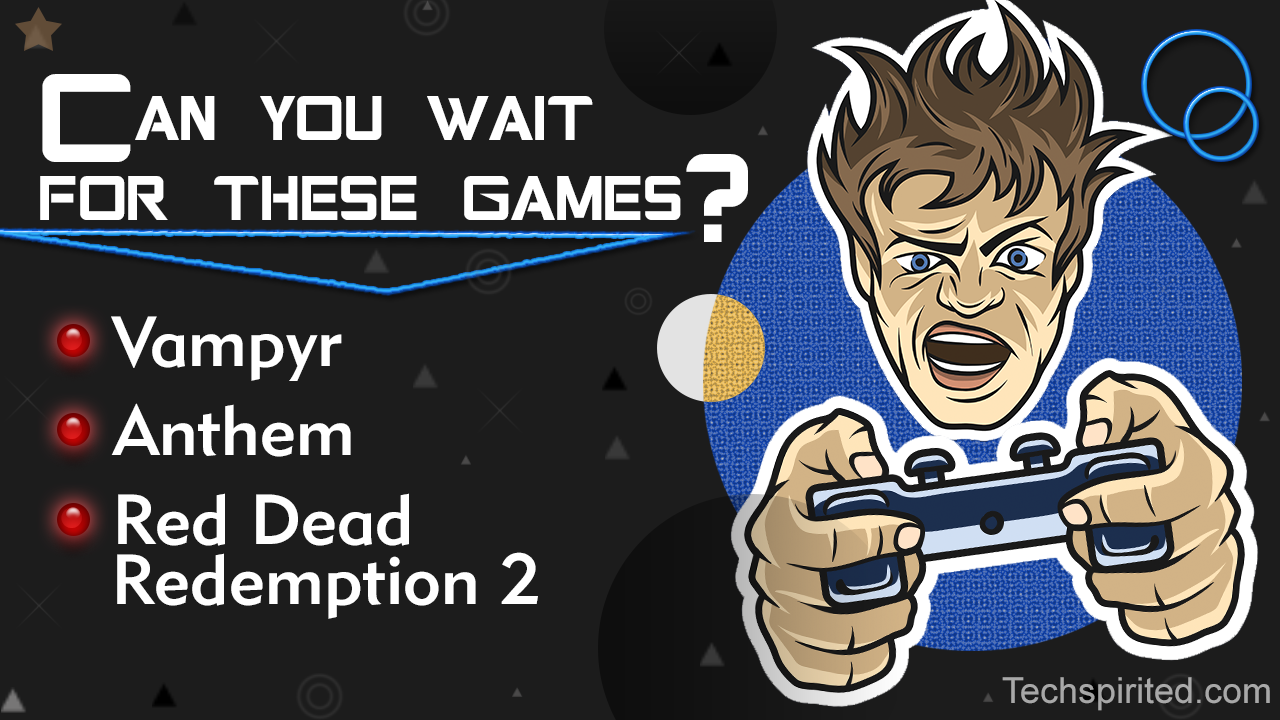 Itching to dig out the titles of the most anticipated Xbox One games of 2018? Well, read right ahead to find out for yourself!

What would a gamer do at the end of every year? That’s right! Check for upcoming games and sequels of their favorites. They give the World Wide Web a tough time by ravenously combing through hundreds of websites in search of information regarding games coming out in 2018 for Xbox One. Well, look no further, we’ve everything that you’re looking for! So, get your controller out and hit Play!

It is said that playing video games can be more effective in fighting depression than help from a counselor.

There are many uncertainties about this game, but we can say this for sure – the game will be a masterpiece. This will be a prequel of Red Dead Redemption, which released in 2010. More world to explore, more characters to meet, and a great multiplayer experience is what gamers expect from Red Dead Redemption 2.

Are you ready to protect humanity from the threats outside our world? Are you ready to face danger and unlock mysteries? Then put your Javelin (exosuit) on and get ready to fight as ‘freelancer’ in Anthem.

Unlike Mass Effect: Andromeda, Anthem is not concerned about the scientific reasons for what is happening in the futuristic world, and it’ll be similar to Star Wars. Yes, Finally! They did it! Anthem can be Bioware’s Destiny Killer, but let’s wait and watch to confirm.

3D explorable world, big battles, deep weapon system, huge areas, and deadlier monsters to slay; this game is definitely not a child’s play. These monsters can smell and hear you, they can swallow its prey, so you’ll have to be extra careful all the time. On the other hand, you’re equipped with many tools to slay the monster. And the best feature of all, you can use environment in combat. Yes, you read right! It’ll release in January 2018, so, start counting days till then.

If you are still addicted to Far Cry 4, you cannot ignore its successor. The story takes place in fictional Hope county, Montana. The preacher, Joseph is the craziest person of all and we have to fight against him. Yay! You can recruit locals to fight alongside you as your Buddy. You can play alone or in multiplayer mode, and can get help from the detailed map to find Joseph. The game releases on February 2018.

Like Jack Sparrow and Mr. Gibbs said, “Take what you can, give nothing back!” This game is your best opportunity to be a pirate. You’ll find extraordinary quests of treasure, can sail your ship, can vote to banish or sentence your crew-mates, or you can sink your own ship. If you want an alone journey, then can have a small ship for your mission. There is non-verbal communication between crew-mates though. But the graphics are good enough.

Be the Vampyr you wanna be!

Reid, a doctor, turned into a vampire, who is fighting his blood thirsty urges and the Hippocratic Oath. You’ll play as Jonathan Reid. You can change the storyline by choosing different dialogues. You’ll have to interact with local civilians for clues and you’ll spare no one if one’s in your way. Reid can turn people into vampires, but he cannot enter any house without invitation. The trailer of the games seems inviting enough and till the release, we cannot do anything but twiddle our thumbs.

Some other upcoming games of 2018-

Those were some of the Xbox One games that are most looked forward to in 2018. As you can see, besides some sequels to popular games, a lot of new titles are lined up for release this year, fueling the anticipations further and accelerating the excitement to newer levels. Hope to see some smash hits this year, that would create a new wave of mega hits with their own succession of sequels and prequels. Therefore, keep your expectations sunny side up as it’s never Game Over!