Today, wireless routers can offer high-speed connectivity over a long range. In this Techspirited article, we look at some of the best long/wide range wireless routers that are presently available in the market.

You are here: Home / IT Jobs / Best Long-range Wireless Routers 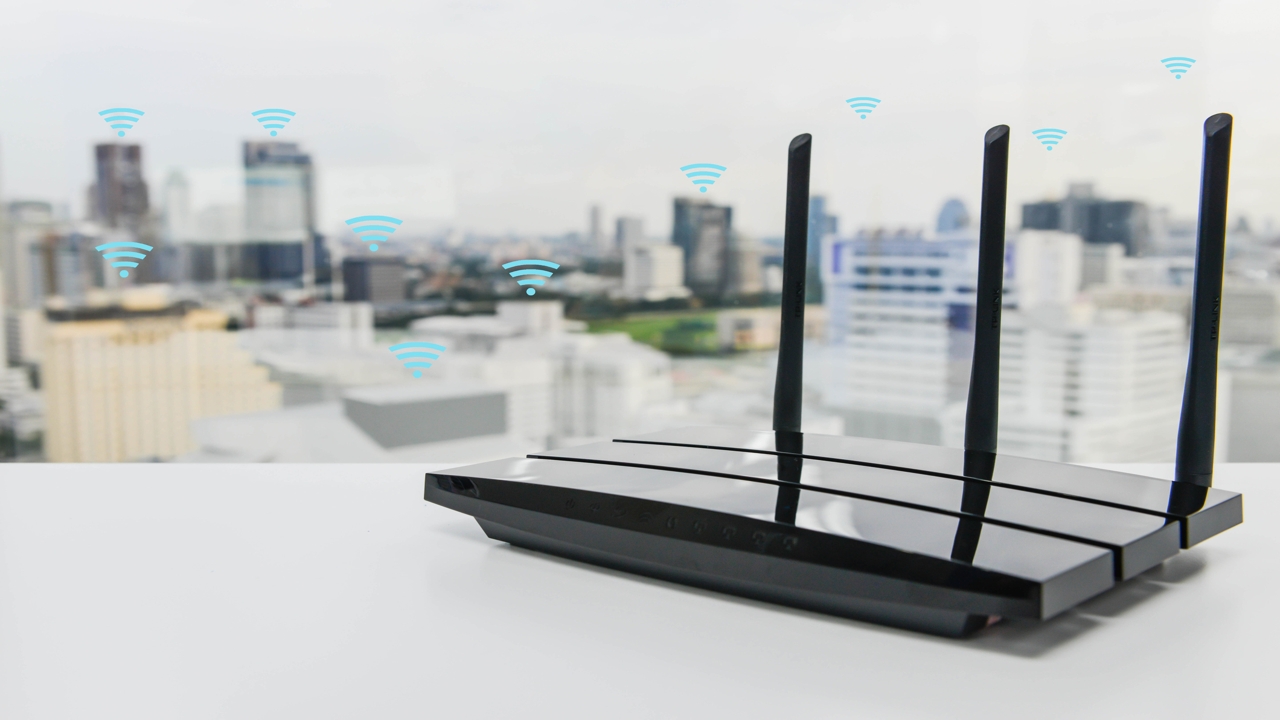 Today, wireless routers can offer high-speed connectivity over a long range. In this Techspirited article, we look at some of the best long/wide range wireless routers that are presently available in the market.

Did You Know?
The effective range of a Wi-Fi network is defined as the maximum distance away from the router, at which a client can connect and stay connected. This distance is generally much lower than the specified range, and tends to vary depending upon the number and type of obstructions in between the connection endpoints.

A wireless router, as a device, has many specifications that need to be checked, before you can choose the appropriate one for yourself. When setting up a wireless network for a sprawling office campus or a large house, what you need is a router that has a long range of connectivity. Therefore, the prime considerations for any one setting up such a wireless network are wide coverage range and high data transmission speed.

In the following sections, we shall look at some of the best long-range wireless routers in the market today, that have a combination of both these factors.

Note: The router options presented below all work on the latest 802.11ac Wi-Fi standard, which is what we recommend that you look for while buying a new one. Go through the following section to learn more about this standard, or else, if you are already familiar with it, you can skip it and directly go to the next section.

The 802.11ac Wi-Fi Standard
First introduced in 2012, the 802.11ac Wi-Fi standard, also known as 5G Wi-Fi, has been slow to catch up, but is now found on most new wireless routers, and is supported by nearly all mobile phones and devices. It boasts theoretical speeds of up to 1300 Mbps, and transmits and receives in the 5GHz frequency band.

Routers based on the Wi-Fi802.1ac technology are faster than those using the 802.11n (450 Mbps). However, as far as the range of the signal is concerned, they don’t reach any further. As a matter of fact, 802.11n routers, which can use both 5GHz as well as 2.4GHz, can actually reach further than the 802.11ac which only uses 5GHz. The reason behind this is that, lower frequencies actually travel further as compared to the higher frequencies.

So, considering the above argument, why do we still recommend that you go for 802.11ac? The answer lies in ‘Beamforming’, which is an innovative signal processing technique built into this specification. It allows the router to actively detect where the connected devices are located, and amplify the signal strength in their direction. Thus, instead of passively throwing the wireless signals in all directions, like the previous specifications did, 802.11ac routers smartly direct their signals to where the connected devices are present, effectively improving and maintaining signal strength at a greater range.

Another reason for opting for the 802.11ac is that, its 5GHz band of operation is relatively interference-free when compared to the 2.4GHz band, at which many other devices including cordless telephones and microwaves function.
In the next section, we shall go through a list of some of the best long-range wireless routers available today.

It comprises a 4×4 MU-MIMO antenna, having AiRadar universal Beamforming technology, which provides it with good multi-device performance and a wireless signal coverage. It has built-in USB 2.0 and USB 3.0 ports, with printer and 3G/4G dongle support. It includes four Gigabit LAN ports and one Gigabit WAN port. The Asus AiCloud 2.0 allows the user to access, sync, share, and stream files anywhere on any Internet connected device.

The RT-AC87U has a simple user interface and a number of great features, including six guest Wi-Fi networks (three guest networks for each band), an interactive network map, multiple purpose USB ports, VPN support, and a number of other advanced settings. It also supports Dynamic DNS, IPv6, customizable firewall, adaptive QoS, and all the other features commonly found in most high-end routers these days. This router also comes packed with the AiProtection, powered by Trend Micro, which is useful for protecting the entire network against virus and malware attacks.
Range: With regular 3×3 Wi-Fi clients, on the 5 GHz band, the RT-AC87U scored 504 Mbps at close range (15 feet), and 279 Mbps at long range (100 feet). On the 2.4GHz band, the router displayed data rates of 171 Mbps at close range, and 56 Mbps at long range. This router has the longest effective coverage range among the other ones in this list: 300 ft. Note that, since there aren’t any 4×4 clients in the market, this testing was skipped.

It boasts of a combined wireless speed of up to 3.2 Gbps, three Wi-Fi bands (one 2.4GHz, and two 5GHz bands), along with Smart Connect technology, that enables it to provide the strongest signal and the fastest Wi-Fi connection possible.

The Nighthawk features two guest networks (one for each frequency band), along with a number of customizable settings. Among its other features include two USB 3.0 and one USB 2.0 ports, four Gigabit LAN ports, one Gigabit WAN port, a dual core processor, double firewall protection, QoS, OpenDNS based parental control, etc.

On the software front, it packages the Netgear Genie firmware, which allows the user to manage the router either via a web browser or the Netgear Genie mobile application.
Range: On the 5 Ghz band, the R8000 registers a data rate of 482 Mbps at close range and 242 Mbps at long range, while on the 2.4 GHz band, it has a data rate of 134 Mbps at long range and 58 Mbps at close range. Testing showed that it has an effective coverage range of close to 175 feet.

This router comes bundled with the SMART Wi-Fi software suite, which can allow you to monitor and control your network. It incorporates the Network Map tool, which provides a visual overview of the network to see all the devices that are connected, and to measure their individual bandwidth usage. It also allows setting up parental locks and restricting Internet usage during different times of the day.

Its other features include a USB 2.0 and a USB 3.0 port, four Gigabit LAN ports, one Gigabit WAN port, a powerful dual-core processor, an eSATA port capable of up to 3Gbps, and dual firewall protection. It also incorporates IPv6, Dynamic DNS, port-forwarding, media prioritization, Internet Speed test, and all the other features that are commonly found in most routers these days.

4) Trendnet TEW-818DRU Dual Band Wireless Router
Lowest Current Price: $139.99
The TEW-818DRU makes a fashion statement of its own, by going with the internal antenna design. As such, this router appears like a thick squarish book standing vertically. This router has one USB 3.0 port and one 2.0 port at the rear, along with four Gigabit LAN and one Gigabit WAN port.

The TEW-818DRU is an AC1900 router that offers up top 1300 Mbps of AC Wi-Fi speed on the 5 GHz band, and up to 600 Mbps on the 2.4 GHz band at the same time. It also comprises all the common features of this specification, including IPv6, guest networks, Quality of Service (QoS), firewall, etc. It also allows the user to set up three main Wi-Fi networks for each band. Thus, including the guest networks, this router can operate a total of eight Wi-Fi networks simultaneously.

On the software front, the TEW-818DRU provides a responsive and friendly user interface that allows you to apply a number of setting changes without needing to restart the router. It also comprises a good network map that displays all the connected clients, though it doesn’t differentiate between clients connected via cable and those connected through Wi-Fi.
Range: On the 5 GHz band, this router has a sustained speed of 465 Mbps at close range, and 307 Mbps at long range, while on the 2.4 GHz band, it delivers 156.5 Mbps at close range and 66 Mbps at long range. The TEW-818DRU has an effective coverage range of close to 150 feet.

AirPort Extreme is a true dual-band router, which provides coverage over both 2.4 GHz as well as 5 GHz. Its feature-set is similar to what other routers offer, and includes Access Control, print-serving, and file sharing capabilities. It has 3 Gigabit LAN ports and one Gigabit WAN port. It features a USB 2.0 port, but doesn’t include a USB 3.0 port.

The AirPort Extreme offers a set of features common in other mainstream routers, such as guest networking (only on the 2.4 GHz band), IPv6, port forwarding, Dynamic DNS, etc. However, it lacks many other features you might expect, given its cost, such as QoS customization for traffic prioritizing, Parent Control, VPN server, and so forth.

The main selling points for this router are its looks and reliability. Its appearance is far better and neater than other routers in the market, with its rectangular tube-like structure and internal antenna scheme. Besides, it rarely drops a connection.
Range: The Base Station, at the 5 GHz frequency outputs a data rate of 287 Mbps at close range and 204 Mbps at long range. At 2.4 GHz frequency, the data rates are 79 Mbps for short and 38 Mbps for long range. Its effective coverage range was found to be about 150 feet.

Other Notable Mentions
The following is a list of a few other good long-range wireless routers worth considering.