Both LED and Plasma TVs have their fair share of pros and cons, with both excelling where it counts the most. Going for either of them won't steer you too wrong. But if you are a particular person who must know all the niggles, then these points of differences should help you.

Plasma televisions use more power to show bright scenes as compared to darker ones, making the final power consumption largely dependent on what you are watching!

The biggest advantage of LED TVs is that they consume the least amount of energy and power of all the HDTVs available in the market today. You can save up to 40% of power using an LED TV set vis-a-vis an LCD TV or a plasma TV.

Plasma TVs are popular flat HDTVs, but they require more than just low prices to stay competitive with their counterparts. Cheaper plasma TVs have lower resolutions, though high-end plasma TVs are capable of playing the highest 1080p full-HD resolution. The advantage of plasma TVs is that they can produce excellent colors and viewing angles at the same time.

A direct comparison on the following parameters will help you decide which of the two types are better.

Plasma TVs definitely have an edge over LED TVs as they deliver superior color shades and quality. The color pixels are filled with three main colors – red, green, and blue. These colors combine to create an effect of billions of different colors. However, the choice of colors depends a lot on personal tastes now as LED TVs are quickly closing this gap.

In plasma TVs, every pixel is lit, hence the view from any angle looks perfect. The viewing angles for LED and LCD TVs have increased, but they are still inferior to a plasma TV. Beyond a 75 degree angle off the center of an LED TV, the viewing quality will fall drastically. Thus as far as the viewing angle is concerned, plasma TVs are the clear winner.

This is an area where LED TVs win hands down. Plasma TVs are beginning to catch up with LED TVs now in the brightness quality, but they still have a fair distance to go. The reason why the brightness quotient is so high for LED TVs is that they are built with a superior diode backlighting system that emits tremendously bright light.

A contrast ratio for a TV set measures the contrast between the darkest black and the brightest white. Plasma TVs were always built with great contrast levels, but LED TVs are catching up.

In this regard, both LED TVs as well as plasma TVs are on an equal footing. Optimal viewing conditions can be seen for both kinds of TV sets till about 100,000 hours of use on an average. Thus longevity plays no part in deciding which is better.

Screen burn-in is an occurrence that takes place when an image is left still for more than an hour on the screen. As a result of this, the picture retention qualities of the TV set takes a hit. LED TVs have never faced this problem because they instill a technology known as ‘twisting crystals’ to combat this. 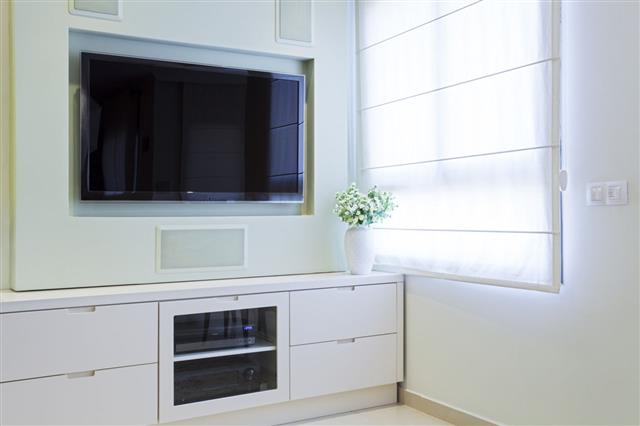 Over the last few years, manufacturers of plasma TVs have also been creating some technologies to combat this, but so far LED TVs have the advantage.

As far as size is concerned, both LED TVs and plasma TVs are available in large sizes, so there is no stark comparison there. Plasma TVs lead the line just marginally. Since plasma TVs were manufactured before LED TVs, their manufacturing facilities and processes are already in place.

The cost per unit of production for plasma TVs is lower than that of LED TVs due to this reason. As a consequence, plasma TVs are much more economical than LED TVs for the consumer and the overall quality of the plasma TVs is more than LED TVs.

A tick indicates the better option in that particular comparison.

As you can see, comparisons show that there is not much to choose over each other. A few final tips to help you choose are:

► If you are going to be installing the TV in a bright room, go for LED TVs as they are brighter and will make viewing in bright conditions easier. However, in dim conditions, plasma is the better option.

► If your TV is going to be anything less than 42-46 inches in size, go for LED again, as plasma is only better in 42 inches and above. If fact, you might be even hard-pressed to find a plasma TV that is smaller than 42-46 in size.

► If you are going to be connecting your PC to the TV, then you should go with LED yet again, as plasma does not display static images as well as LED.

► If you are worried about power consumption, then again LED is your choice, as LED TVs consume far less than plasma TVs.

► If you are worried that plasma TVs easily get burn-ins, or overheat, rest assured that new technology nullifies both quandaries. The plasma TV today gives a brilliant, high quality picture with a much lower chance of a burn-in, and definitely doesn’t heat up too much.

► If you watch a lot of sports and action movies, plasma is the choice for you, LED/LCD suffers from motion blur (though at very minute levels).

As far as the retail industry of television sets are concerned, deciding on a winner between an LED TV and a plasma TV is an issue that has divided the opinion of experts and consumers the world over.

The choice is a difficult one as both television sets provide amazing features and greatly enhance the viewing experience of the consumers, but to pick one out of these TV sets is a task that cannot be performed properly without understanding the workings of both the TV sets.

The matter stays a lively debate because the choice is usually highly personal. But that is not necessarily a bad thing. Both technologies are in constant competition with each other, which only means that both will only get better and better.