How Does Real-time Flight Tracking Work

Waiting to hear from a relative or a friend who is flying overseas? Isn't it a natural instinct to find out whether they are traveling safely? Well, real-time flight tracking gives you the opportunity to get the exact position of a live flight.

You are here: Home / IT Jobs / How Does Real-time Flight Tracking Work

Waiting to hear from a relative or a friend who is flying overseas? Isn’t it a natural instinct to find out whether they are traveling safely? Well, real-time flight tracking gives you the opportunity to get the exact position of a live flight.

According to 2008 statistics, Hartsfield-Jackson Atlanta International Airport was reported to be the busiest airport; both in terms of passengers and number of flights, by accommodating 90 million passengers and 9,78,824 flights. With one flight either landing or taking off from the airport every 32 seconds, the airline authorities have to be extremely cautious. No two flights should take-off at the same time, no plane should land on the runway from where some other plane is taking off, etc.

Every airplane has a transponder connected to its on-board computer that transmits an electronic signal to the base. This signal consists of information like altitude, airspeed, heading, as well as the latitudinal and longitudinal position of the flight. In addition, the signal also includes the airline and flight number, along with the plane’s identification letters for the base to be able to identify the airplane that is transmitting the signal.

The pilots have to record the flight-plan before taking charge of the plane. The flight-plan includes the expected departure time, route, approximate arrival time, pilot’s name, and number of people on-board. As the plane takes off, the flight information is published.

When the plane is flying to its destination, the tracker allows you to visualize its geographical position by making use of the GPS tracking technique. A satellite map displays a bright line from the take-off point to the destination point along with the progress of the plane on that route, in the form of a small icon. To see continuous progress of the plane, the page has to be reloaded every time. As the live positioning of the plane can be viewed every moment, delays can be calculated easily.

There are a few time-specification terms one needs to know to exactly interpret the information provided.

It largely contributes in scheduling the planner efficiently, specially for a frequent flier. However, the security factor is compromised to some extent. With terrorism on the rise, care should be taken to prevent any kind of action that may prove to aid the anti-human cause. 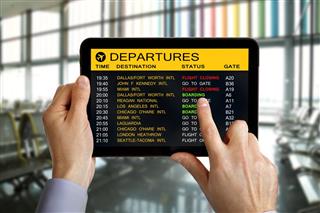 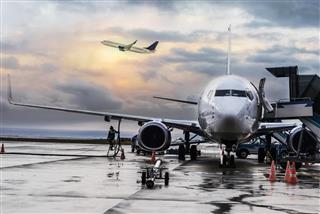