A thorough analysis of the new second generation Intel core i3, i5 and i7 processors is presented in here, for the discerning computer user, who is looking to upgrade his existing computer or planning to buy a new one. This Intel processor buying guide will help you choose the right processor. 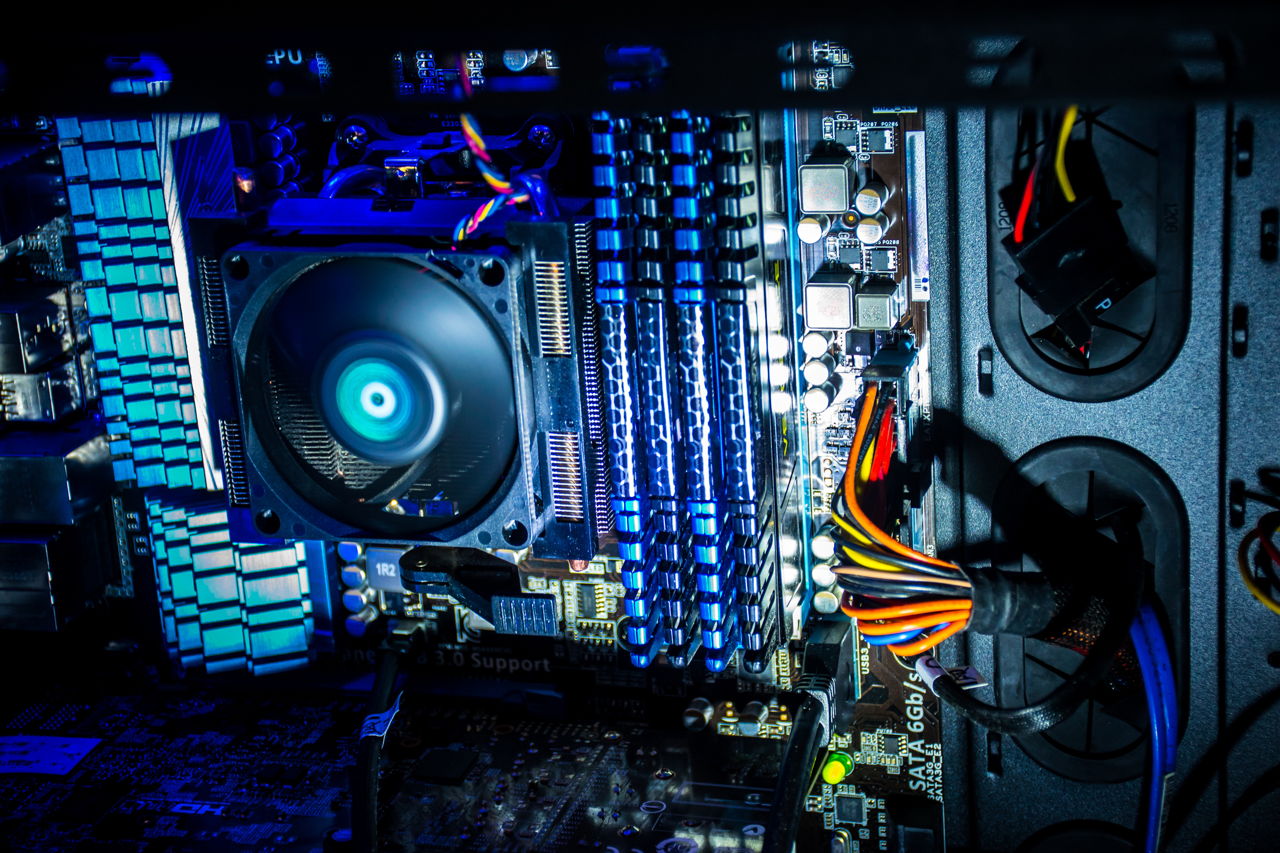 A thorough analysis of the new second generation Intel core i3, i5 and i7 processors is presented in here, for the discerning computer user, who is looking to upgrade his existing computer or planning to buy a new one. This Intel processor buying guide will help you choose the right processor.

Founded by visionaries who believed in the power of technology, including one of the inventors of the integrated circuit, Jack Kilby, Intel has grown by leaps and bounds, since its inception, to become the premier manufacturer of computer processors. Innovation and pursuit of excellence has been the hallmark of the company, since the very beginning. Continuing with its tradition of producing the best processors on the planet, Intel has updated its array of processors, with a sleeker, faster and power efficient second generation line of core i3, core i5 and core i7 processors. If you are planning to upgrade your existing system with the best processor, the 2nd generation i3, i5, i7 comparison presented in the following lines, will certainly make it easier for you to choose one. Those among you, who are looking for a quick comparison, will find what you are looking for, in the table below.

2nd Generation Intel Core i3 i5 i7 Comparison

While the Intel core i3 series was created, to cater the entry-level desktop and laptop computer market, the core i5 series was aimed at the mid-level computing segment. The core i7 series is stuffed with high performance processors that can serve the high-end market. Every series of processors comes with a lot of variety, in terms of processing speed and features. Here is the promised comparison that identifies the major points of difference between these processor classes.

Packed with a slew of new technologies focused on improving the overall computing experience for every user, the 2nd generation of Intel processors can help you achieve more, with your computer. Here is an overview of all that is new in this new 32 nm die based processor line.

Let’s peek into what’s inside Intel processors, belonging to this new generation. Based on the 32 nanometer (a unit of length, billionth of a meter) Sandy Bridge microarchitecture, all the second generation chips have a completely integrated graphics processing unit (GPU), memory controller and central processor built into them, as one package, which substantially boosts the ability of these processors to crunch processing tasks and lets them render beautiful graphics, quite easily. Both the CPU and GPU can be simultaneously overclocked as needed. Though this integrated GPU is no substitute for a video card, the Intel HD 2000 and HD 3000 graphics show a twofold improvement over earlier processors. Another architectural innovation is a new ring bus, that connects the GPU, processor and L3 cache, making the operation of L3 cache at the CPU frequency possible, besides offering greater bandwidth for faster data transfer. Transcoding videos just became a lot faster. All these tweaks and many more innovations in design have contributed to the creation of the fastest processors on the planet.

Turbo Boost is Intel’s inbuilt overclocking technology, that can boost clocking frequency to speed up processing. In its earlier avatar, Turbo Boost could only boost frequency when all cores are not busy processing. Now, Turbo Boost 2.0 is much more adaptive and it can increase the clocking frequency dynamically, depending on the current vital statistics of the processor, including the power output,
number of active cores and current consumption. In fact, the processors can even go beyond their maximum power output for short periods of time, to boost performance. Thanks to this technology, some of the new mobile chips can have a 1 GHz frequency boost, speeding up the processing of all applications. Along with improved Hyper-Threading, a 60% improvement in performance has been achieved, compared to the earlier generation of processors.

Intel Turbo Boost Technology 2.0
This technology dynamically accelerates the processor clocking frequency as needed, to accelerate processing speed. It’s only available in core i5 and core i7 processors.

Intel Smart Cache
Besides providing a large shared L3 cache for all cores, this technology provides faster access to the cache, for all cores by dynamically allocating space according to requirements, at a high throughput.

Integrated Memory Controller
An on-chip memory controller reduces latency in information retrieval, speeds up read and write functions, while providing a high bandwidth for data exchange, which all contributes to rapid processing.

Intel HD Graphics 3000
An integrated graphic processing unit, operating at the same clocking frequency as the processor, with access to the processor cache and improved graphics engine, leads to superior gaming performance potential, built into the chip

Intel Wireless Display
Watch your movies on big screens by streaming your computer’s video content over a wireless connection.

Intel Quick Sync Video
Exclusively created to streamline and speed up video conversion, Quick Sync makes rapid conversion of video formats possible, while speeding up video sharing and authoring. This is the most crucial feature, which is part of the built-in Visuals technologies that power laptop and desktop processors.

Intel vPro Technology
This technology provides security features, which are hardwired into the processor, enabling anti-theft service, remote management of computers, while providing improvement in performance and productivity.

1st Generation Intel Core i3 i5 i7 Comparison

Technical Specifications
All the core i3 processors have a twin core, with clocking frequency ranging from 2.933 GHz to 3.2 GHz. A 4MB L3 smart cache, 2 x 256 KB L2 cache and Direct Media Interface (DMI) bus, fitted with the brand new LGA 1156 socket, makes them the best entry-level processors. All these chips are built on a 32 nm architecture, which ensures that more transistors can be etched on silicon chips, than before. An integrated GPU (Graphic Processing Unit) makes graphic processing even more faster. With Intel’s Hyper-Threading and Virtualization technology enabled, along with HD graphics, these chips have a very low price tag.

Performance
Besides being multi-core, what makes the i3, i5 and i7 processors to be computing power houses, is the Hyper-Threading technology, combined with the Turbo Boost feature. An integrated GPU and an enhanced L3 cache makes graphic processing super fast. As an Intel core i3 vs core 2 duo comparison would reveal, the i3 processors surpass the computing power offered by the earlier core 2 duo series. If you are eying an entry-level laptop computer, go for the core i3 line. It is great for home use.

Technical Specifications
As the i3, i5, i7 comparison chart on the Intel web site reveals, core i5 line consists of three separate series of processors with twin and quad cores. The twin, as well as quad core ones, come with 4 threads each. The clocking frequencies of these processors range from 2.4 GHz to 3.33 GHz, powered by Intel Turbo Boost technology that boosts clocking frequencies to higher levels, when required. With 4 MB to 8 MB L3 cache, direct media interface, integrated GPU, LGA 1156 socket, Intel HD graphics, Intel smart cache technology and Hyper-Threading enabled, the cost of these processors is very reasonable. As a core i5 vs core i7 comparison will prove, i5 chips are faster than the i3 chips. They form the mid level segment.

Performance
If you are a business user, I suggest that you go for the core i5 line, that can handle multitasking even better than the i3 line. With Hyper-Threading enabled and Intel’s range of innovative technologies fully operational, the core i5 line is ideal for the business user or home users, who are into intensive gaming.

Technical Specifications
With the core i7 line, Intel has fulfilled its dream of creating the ‘Best Processors On The Planet‘. In the core i3 vs i5 vs i7 comparison, core i7 is miles ahead of the rest of the pack. This line consists of quad core processors, with clocking frequencies reaching 3.33 GHz powered by Intel Turbo Boost. Also included are six core processors, with 12 processing threads, in the form of Intel core i7 990x and 980x processors. As a quad core vs dual core comparison would prove, greater number of cores can immensely boost computing speeds. With L3 smart cache ranging from 8MB to as much as 12 MB, Intel QuickPath Interconnect technology (that can enhance data transfer speed to 25.6 GB/Sec), integrated GPU, Hyper-Threading and Intel HD graphics, the core i7 series processors are indeed, unarguably, the best processors ever manufactured. They are meant for high-end computing applications, web servers and high-end business users.

Performance
If you want to settle for nothing less than the very best in computing today, go for the high-end core i7 line. As you must have realized while going through this comparison, the i7 line puts phenomenal computing power at your fingertips, that was once available, only to supercomputer users. Budget wise, they may be the costliest out of the whole lot, but they offer true value for your money.

To avoid disappointment later, it’s always prudent to choose gadgets according to your usage requirements. When expectations are met with matching performance, you can make the best use of any machine, including computers. So here’s a buying guide for users who need to figure out which 2nd generation Intel processor line would ideally fit the bill for them.

I hope this comparison has succeeded in equipping you with enough information and guidance to choose the right Intel processor for your desktop or laptop computer. As the chart reveals, core i7 processors with their six or quad cores, phenomenal clocking frequency, huge cache size and lean architecture, designed to provide breathtaking computing speeds, are quite simply the best desktop and laptop processor choices on the planet, at the moment. Even so, such phenomenal computing power comes at a premium and may turn out to be a liability, if it’s never put to use, beyond basic processing. Make sure your computing pattern matches with the delivering capabilities of the processor. Gamers should choose the core i7 line, business users with moderate multitasking requirements should be happy with the core i5 line, while the core i3 should satisfy basic users. 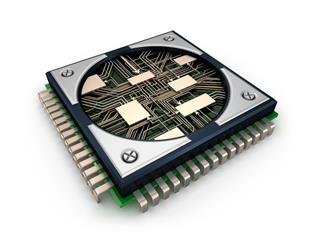 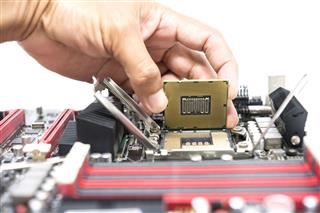