What is Location Tracking and How Does it Work? 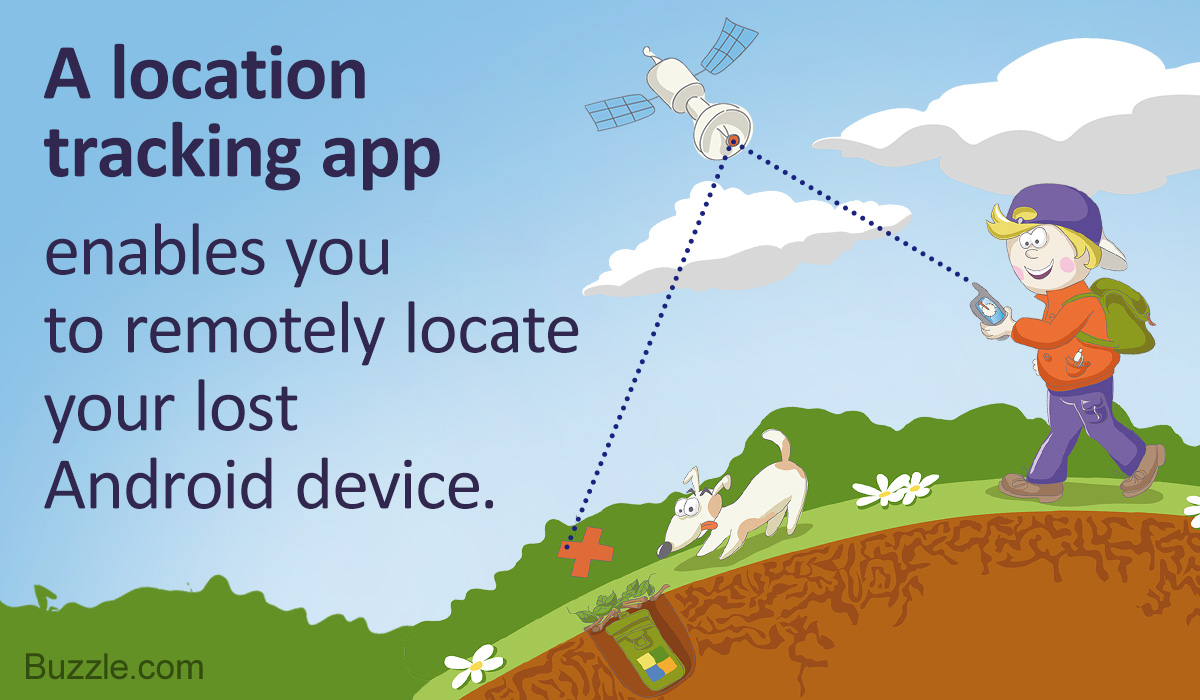 Need to find someone? Try the latest location tracker that has been launched in the market, and get instant on-the-go, real-time information regarding that person. But have you ever wondered how location tracking actually works?

If you are in Montana and want to track someone via GPS in a criminal investigation, you will need a probable-cause warrant before doing do. This is a first-of-its-kind state law.

Location tracking has made it easy for corporates to track their supplies and vehicles. These monitoring systems are either ‘time lag’ systems or ‘real-time’ systems.

Time lag systems log an event once the defined indicating parameter is passed. These indicators can be crossing a particular gate or reading an RFID tag, and once these events occur, the location is logged into the tracking servers.

In case of real-time systems, satellites play a major role in deciding the exact location of the vehicle or person. This is done by the process of triangulation, which is further explained in the article. Location tracking is widely used by logistic firms to track the movement of delivery vans and goods. 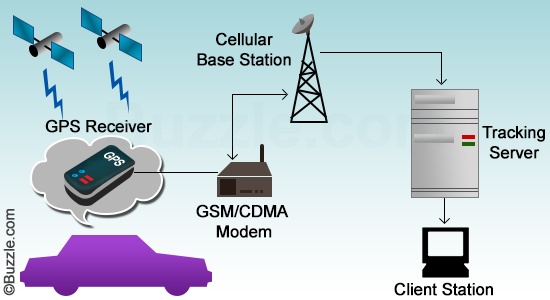 You might be familiar with technologies like RFID, GPS, and the like. These are nothing but tracking technologies on which different tracking systems are based. Using these technologies, real-time data can be logged, and this data is available on phones or client stations. However, it is important to note that location tracking is done by using two or more of the technologies mentioned below.

As the name suggests, this is the technology that logs information that is geographically related. In some cases, like flood progress tracking, coastal management, or location terrain study, geographic know-how is very important. This is when GIS plays a very important role. The entire GIS software system will have a spatial reference to the various geographic terrain. Thus, when the user logs into the system and enters the desired location, by looking at the reference and satellite data, the system can exactly update the user with the location tracking information. As mentioned earlier, at least a combination of two technologies are needed for tracking. To understand the working of the GIS system, let us first look at the various components it is made up of.

The location of a particular vehicle, for instance, can be determined using GPS technology. GPS receivers calculate the location of the vehicle via satellites. The distance between the satellite and the GPS receiver is calculated using radio signals. The GIS system uses this location data for further analysis.

The data from the receiver needs to be recorded at the base station, so that it can be further used for analysis. In case of live tracking, the data is continuously sent to the tracking servers via GSM or CDMA networks, or satellites. However, if live tracking is not necessary, the data from the receiver is downloaded at the base station by wireless communication, and sent to the client location via the Internet or Wi-Fi, after an indicator event has occurred.

The GIS system has a map server, where important location tracking data is stored. However, this data includes maps, geographic layers, routes, etc. From this data, the application server extracts the desired route data, and based on the reference spatial data, it carries out statistical analysis, and represents the desired data in vector or raster model forms.

➀ Vector model – The vector form of data representation provides the desired tracking data in the form of points, lines, or polygons. The entire path is plotted using reference points or lines. This representation is useful for getting a more specific and precise path.

➁ Raster model – Unlike the vector model, the raster model provides data in the form of grids. The path is plotted on the grid by using lines, points, or areas. This representation is useful when continuous surfaces are to be shown while tracking.

These are nothing but the client systems who can access the tracking data on their computers. The data is available via the Internet or Intranet onto client stations.

There are various CAD software that use the GIS-based tracking for incident locating and call tracking purposes. GIS location tracking is used for large-scale location tracking, where the storage of geographic data is necessary. 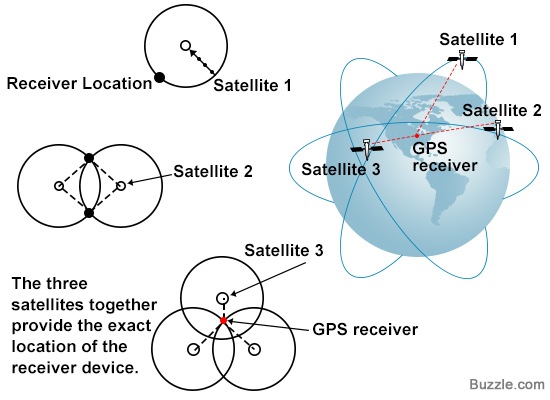 GPS technology is one of the most widely-used tracking technology. GPS uses satellite data to track particular devices. This method of point location on the Earth via satellite data is known as triangulation. Before starting with the actual working of GPS, let us have a look at the triangulation method.

Special radio signals from the satellites are received by the GPS receiver, which further carries out mathematical calculations on them. For calculating the exact position, the GPS receiver should know:

As mentioned earlier, GPS receivers calculate the distance from the satellite on the basis of the time taken for the radio waves to travel. To know this exact time, the clocks of the satellites and the GPS receiver should be synchronized. Satellites use an atomic clock while receivers use a quartz clock. The quartz clock continuously resets itself. The receiver looks at all the incoming signals, and selects the current time signal for location calculations. All the other signals are aligned at a single point in space, by using this time value as a reference. The receiver itself resets its clock to the atomic clock value. Once this time value is known, and the satellites are aligned, spheres are drawn around these satellites based on the calculated distances that intersect at a particular point. As the receiver continuously resets its clock according to the atomic clock of the satellites, these distances are accurate, and the intersecting point will give the exact location of the device.

Based on the time of transmission, GPS receivers are classified into passive GPS and active GPS.

These types of GPS trackers locate the device and continuously monitor its movement. This data is stored in the internal memory of the device or a memory card. Whenever the need arises, the data is transmitted to the client location, so that it can be downloaded for carrying our further calculations. This data transmission can be done wirelessly, or can be used from the memory devices.

As the name suggests, transmission of the tracking data is done in real time. The device is continuously tracked, and this data is sent to the central tracking portal or to the client servers. This continuous tracking GPS is suitable for fleet management or people monitoring.

However, there are inaccuracies in the data that is received from the GPS receiver. Thus, a differential GPS hardware is used which corrects the errors. These devices receive the raw information from the original GPS receiver and correct it. The final output from these receivers will have details regarding the longitude, latitude, and altitude of the device. The results are also available in the form of maps, to make it user-friendly. 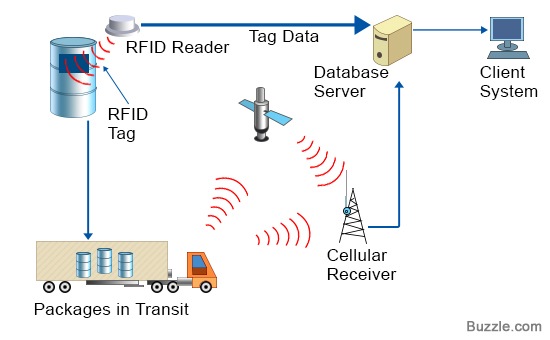 Radio-frequency identification (RFID) uses radio-frequency magnetic fields to transfer data. This data can travel up to hundreds of meters, unlike traditional bar codes. RFID tags are attached to the devices that need to be tracked, and by reading the tag data using a RFID reader, the location of the device will be known. This method of location tracking is mostly passive in nature, and the tracking data can be read only when the client wants it.

RFID tags are attached to devices that need to be tracked. The tags are either on-board battery-powered or operated with an external battery. Active RFID tags have an on-board battery that continuously power the tag, enabling continuous signal transmission. Battery-assisted tags have an on-board battery, and are activated in the presence of the RFID reader. Passive tags do not have a battery, and the data is to be read only by using the reader. In location tracking systems, active RFID tags are used that transmit the data. The tag itself has a small RF transmitter and receiver set.

RFID readers are classified on the basis of the tag-reader combination. The Passive Reader Active Tag, i.e., PRAT, is a system that has a passive reader which read signals from active tags. These tags can transmit data up to thousands of feet. The Active Reader Active Tag, i.e. ARPT system, consists of an active tag that continuously transmits signals which are read by active readers. Such a system provides ready reference data for analysis.

RFID tag placed on the material.
⇓
Material placed inside a vehicle.
⇓
Company receives location-based data from the tag via wireless communication.
⇓
Location-specific data stored in the company’s tracking server.
⇓
Tracking information is sent to the mobile devices.

RFID tags are generally read-only, and contain the serial number that is fed into the local database for further reference. However, read/write tags are also available, into which specific user information can be stored by authorized personnel. This information is stored on non-volatile memory, so that it can be read even when the system is not powered.

The RFID reader sends an encoded signal to the tag. This initial signal contains specific information to identify the desired tag, and when the tag receives this signal, it responds back via the RF transmitter. This signal sent by the tag, contains the specific identification number of the tag. The reader then compares this identification number from the one that is available in its database. When both these numbers match, the exact location of the device can be found out. Active tags continuously transmit radio frequency signals at a pre-decided frequency. These signals reach the database server either by cellular reception or via satellite communication. This information is stored at the database server, and later on transmitted to the client system.

The RTLS system is used for location tracking of devices inside a confined area, like an industrial estate. Like RFID systems, RTLS also uses tags which transmit wireless signals. These signals are read by fixed-point readers, and thus, the location of the desired devices can be found. The technology uses RF signals to transmit location-based information. This location information does not contain details like the speed of the device or its spatial positioning. However, obstructions, like walls or gates, can cause a decline in data accuracy.

Location tracking, thus, is a useful technology for industries, who can continuously monitor their valuable assets. However, location trackers do not use a single technology. A combination of the technologies mentioned above are used by trackers to locate a particular device. Despite the drawbacks of these systems, their popularity is unchallenged.