How Does a Scanner Work?

Scanners are used all over the world for various purposes. Read on to know how these devices actually work.

You are here: Home / IT Jobs / How Does a Scanner Work?

Scanners are used all over the world for various purposes. Read on to know how these devices actually work.

Scanners are a wonderful technological creation. These devices allow us to convert printed pictures or photographs into digital codes which can be used by computers for various purposes like attaching them to documents or putting the pictures up on web pages. They are capable of transforming analog voltage levels into digital values.

Any printed data must be converted into digital format to be fed into the computer. There are some scanners available in the market which have a specialized application known as ‘Optical Character Recognition’ (OCR), which has the ability to read text as printed or written, after which the data is then fed into the computer.

In this process, the analog form of the picture or text, is changed into digital form. The resolution of the scanner is also an important aspect, as it indicates the device’s ability to render sharp images. The scanning capacity of these devices is assessed in ‘Dots Per Inch’ (DPI).

In case of higher resolutions, sharper the image, the more memory is required for scanning a particular file. If one needs to convert a file for displaying it on the monitor, he should perform the scan at 72 dpi, as it is the best resolution which can be displayed on the screen.

If a printer with 300 dpi is used to scan a file, it would not accept a higher resolution, and would only give the output in the maximum available resolution.

Working and Types of Scanners

These are also known as the desktop scanners, available in many varieties and are most commonly used. This scanner consists of a glass window on which the input that is to be scanned is positioned, while the head moves across the subject. The way it works is somewhat identical to the photocopying machine.

The light is then reflected around through a complex system which includes mirrors, that without interruption, align the beams with the lens. The lens is responsible for centering the beams into sensitive diodes which convert the intensity of light into an electric current.

The amount of electric current depends on the intensity of light reflected. In the case of a color scanner, the scan head creates three passages underneath the picture. The beams on every passage is led through a red, green, or blue filter before striking the original picture. 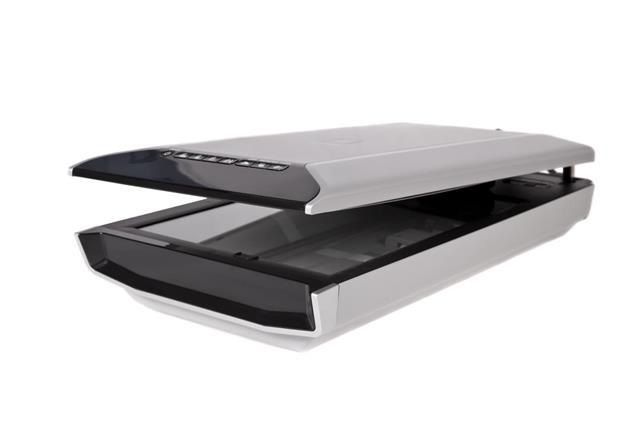 The digital data is eventually transferred to a computer where it is converted into a pattern which can be read by the graphics application.

These are incorporated with a standardized technology, but depend upon a user to operate, in place of a motorized belt. They are, however, known to provide mediocre quality images, but function exceptionally well in the case of text documents. 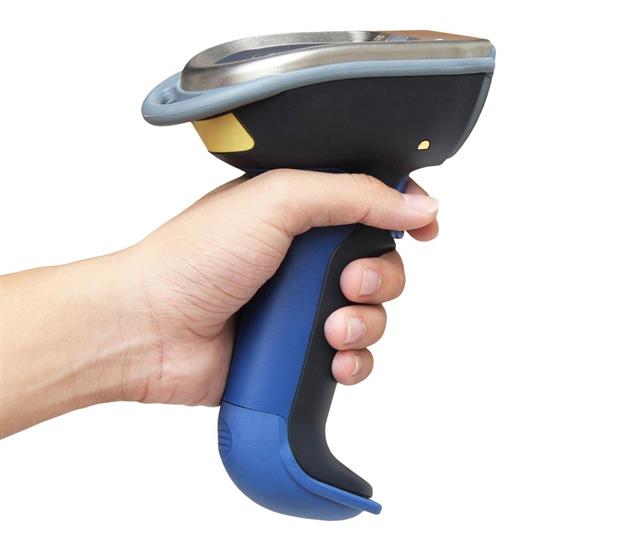 In most hand-held scanners, when the scan button is pressed, an LED lights up the picture below it. An inverted and angled mirror is positioned just over the scanner’s window, which reflects the picture onto a lens at the back of the scanner.

The lens focuses a single line of the picture onto a Charge Coupled Device (CCD), an equipment which identifies subtle alterations of voltage. The CCD also contains many rows of light sensors on which the light shines. These rows record the intensity of light as a voltage level which equals back to black, white or gray.

Analog circuits receive the light voltage produced by the CCD for gamma correction. This procedure raises the black tones, as a result the shades of the picture are recognizable. The line of the picture is later transferred to the analog to digital converter. If it’s a grayscale scanner, the converter allots 8 bits to every pixel or 256 shades of gray color.

After the light hits the detectors, a signal is sent to the converter which transfers a line of bits to the computer. The converter gets rid of the previous data and the computer moves on to the next line.

These scanners are the most advanced amongst all scanners and produce high-quality detailed images. As a result, they are used by the press and the publishing industry. They are incorporated with a different technology known as the ‘Photomultiplier Tube’ (PMT). The paper which is to be scanned is positioned on a glass cylinder.

The middle section of the cylinder has a sensor which splits the light bounced from the document into three rays. Every beam is then allowed to pass through a color filter into a photomultiplier tube, where the light is converted into an electric signal.

The scanning system in these scanners is like that in flatbed scanners. The only difference is that the document is moved and the head remains stationary. Its physical appearance is like a small portable printer.

Scanners have made it easy to convert hard copy documents into digital format. There are many advanced scanners available today which even combine the tasks of scanning, photocopying, and printing, all together in one machine. It’s just a case of choosing the right scanner according to individual needs.