How Does a DVD Player Work

A DVD is used to store data, including audio and video files. To know more about how the data is read and utilized, read on...

You are here: Home / IT Jobs / How Does a DVD Player Work

A DVD is used to store data, including audio and video files. To know more about how the data is read and utilized, read on… 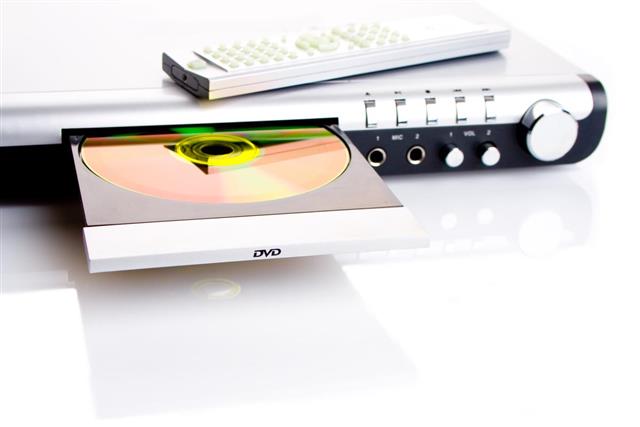 The Digital Versatile Disc is a compact disc with a large capacity. The data on these discs is read and used through a DVD player, which are used in desktop computers, laptop computers, and television sets.

The motor is used to spin the DVD. The speed at which the disc is spun depends on the of the disc.

This is used to read the data. It consists of a laser beam and a light sensor. The laser beam is incident on the DVD and the sensor is used to ‘read’ the reflected light.

The tracking mechanism is used to move the laser beam in synchronization with the DVD so that the laser sensor can track the data perfectly.

Data is stored on a DVD in the digital form, i.e., in binary code. The 1’s and 0’s are represented in the form of bumps and flats respectively. The disc is made of aluminum, and then plastic-coated to reflect the laser beam. The laser assembly of the DVD player is used to project a laser beam on the DVD so that the bumps and flats on the DVD can be read.

The tracking mechanism moves the laser radially outwards from the center of the disc. The synchronization is maintained by the formula which is given as follows:

Speed of the Tracking System = (Radius of the Disc) X (Speed of the Rotation of the Disc)
This speed is always maintained so that the data is collected at a constant rate. The dual-layer DVDs are also available. The second layer of these discs starts on the outer side of the disc, so the tracking system does not have to move back to the center of the disc while reading the second layer. This eliminates the time delay in the data output.