A Simple Explanation of How Do Robots Work 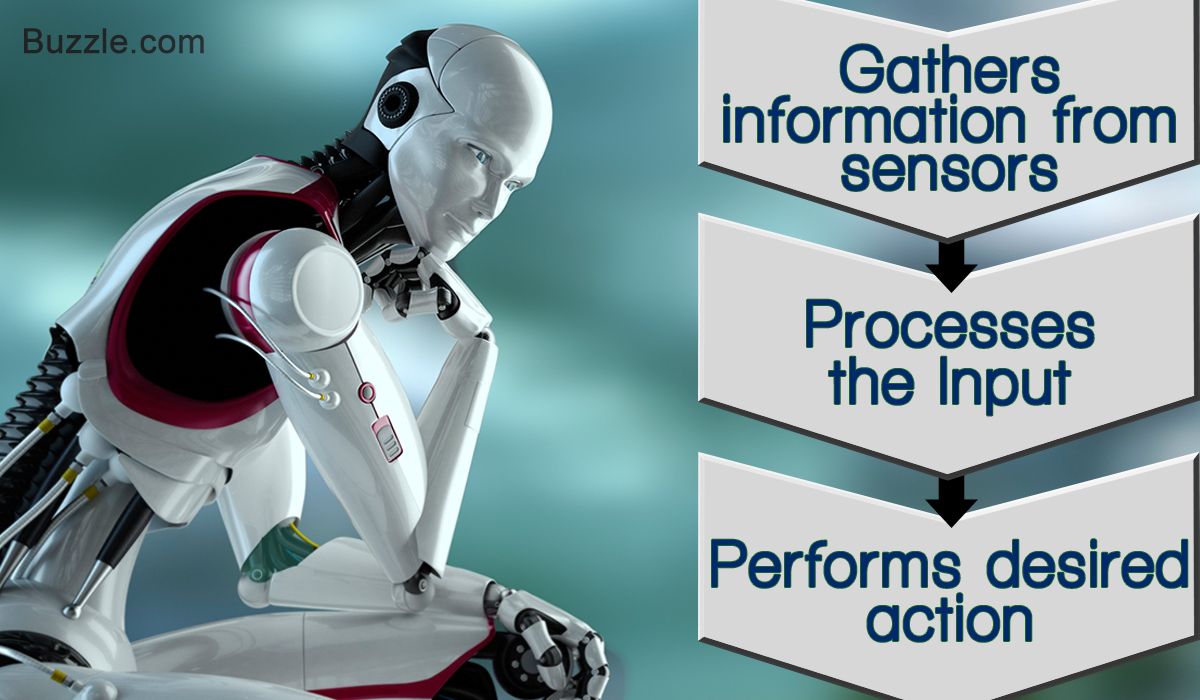 Robots, machines that can perform human tasks, have always interested tech-enthusiasts and the general public alike. Right from wired to humanoid robots, the basics of operation and design principles remain the same. Get to know the exact working of a robot here.

Unimate, was the first digital and programmable robot, which was invented by George Devol in 1954. 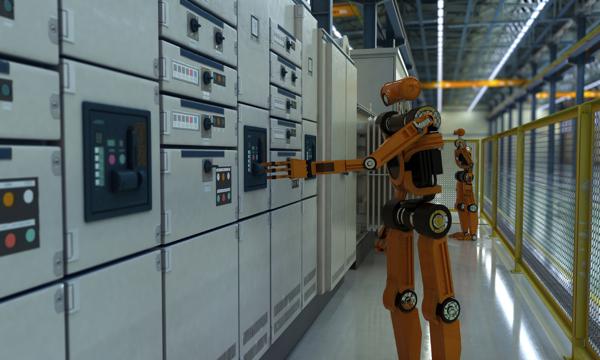 Robots can be loosely defined as electro-mechanical devices that are actuated by certain input agents like sensors or transducers and are guided to work by computer circuitry. The robot definition sounds complicated, but the working of the machine itself isn’t so tough to understand.

Pretty much like we humans receive inputs from our sensory organs, process them in our brain, and carry out the desired action; robots too have the same building blocks. The inputs to the robots is via sensors, the processing is done by the CPU unit, and then the desired output is obtained.

Before knowing about the working of different types of robots, let us first take a look at the basic working of a robot.

Working of a Robot Explained

Any robot is made up of three parts – Sensors (for input), CPU (processor), and Mechanical Actions (for output).

The sensory inputs that the robot takes can be anything from smell, touch, visual differences, etc. The central processing unit is the microprocessor or microcontroller that processes this input quantity, searches for the corresponding function to perform from the previously-fed or programmed instruction set, and then sends the signal on to the output port.

Upon reception of this signal, the robot will perform the desired action. Let us take an example of a robot that will stop once it comes in contact with any obstacle.

Robot: Obstacle Avoider
Input: Touch
Output: Stop the motors
Purpose: In this example, the robot is to move freely in any direction, and stop once it collides with any object.

Once the robot comes in contact with any object, its input sensor (touch) will be activated. This sensor will send signal to the processing unit, as soon as it turns on. The CPU will look up in its instruction set to find the relevant action to be performed upon the reception of this signal.

The instruction here is nothing but the program that is fed to the robot. As the desired function is to stop the robot’s movement, the CPU will send a ‘Stop’ signal to the output module (motor’s circuit). Thus, the robot will stop moving.

Though the selection of components is done according to the application, a few most commonly used ones are mentioned here.

The input to the robot will be via sensors and transducers. The various sensors used in robotics are:

Based on the type of the sensor output, digital or analog, the further circuitry is decided.

On the other hand, its PC counterpart, the microprocessor can drive large loads at its output. The complexity of the operations being performed by the robot will depend on its processing unit.

The output unit of the robot will vary according to its driving load. The most common output units are:

Based on the applications the carrier changes. For wired applications, cables and wires are used while for wireless robots RF, RFID, Wi-Fi, DTMF, etc., technologies are used.

Now let us see the working of two basic types of robots―wired and wireless robots. 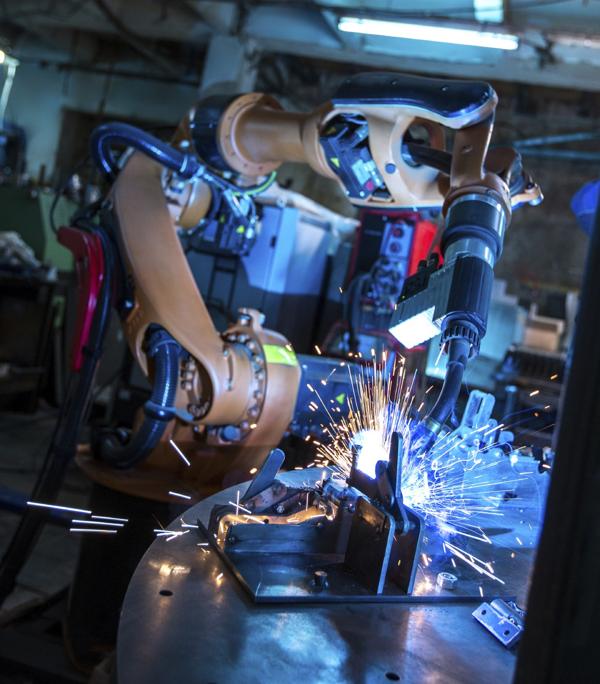 As the name suggests, these robots are operated by wired devices.

Let us see the detailed working of wired robot through the following example.

In the robotic car that you wish to move in different directions, the input device will be a keyboard which will have four switches, one for each direction. If you want to move the robot in the forward direction, the relevant switch is pressed.

This encoder IC is the most commonly used circuit in robotics. This parallel input is converted to serial output by the encoder, and fed to the connecting wire. The wire will transmit these signals to the decoder circuit.

Here, the decoder HT12D will convert this serial output to parallel output. This parallel output is fed to the DC motors via the motor driver IC L293D. The logic 01 will rotate the motors in clockwise direction which will move the robotic car in the forward direction.

For transmitting the output signals over the wireless medium, a suitable frequency is chosen. Depending on the transmitting frequency, the transmitter and receiver antennas are chosen. The quality of signal transmitted depends on the efficiency of these antennas. Let us study the detailed working of wireless robot with the example of a robotic car.

Similar to the working of wired robots, the wireless robots will have an input module that will provide parallel output signal depending on the corresponding key that is pressed. This parallel output is converted into serial form by the encoder circuitry.

This serial data is fed to the RF transmitter circuit which performs modulation on the amplitude of the input wave. This amplitude variation is known as Amplitude Shift Keying (ASK). The RF transmitter sends this ASK signal through its antenna.

The decoding of the serial input signals is done by the processing unit. It will send this data to the relevant pins, which will, in turn, send parallel output signals to the motor driver circuitry.

The motor driver will turn the motors in the relevant direction, in order to move the robotic car wheels. The CPU is used in this case to drive more than one output device. Along with motors, the CPU can switch on and off the LED, or can trigger a buzzer.

The selection of the various components needs to be done considering the losses and interference effects. RF is the most preferred wireless medium because it can travel long distances, and is not line-of-sight technology. Complex robots are all built on this simple principle of wired and wireless robots.