How Cell Phones are Changing Our Society

I would not be wrong in stating that cell phones are one of the greatest inventions by mankind. Cell phones have changed the way world citizens communicated and expressed themselves. It has now become simple and affordable. This was the good side, but the bad part is that it has led to addictions and many diseases. The good and the bad changes are two sides of the same coin.

You are here: Home / IT Jobs / How Cell Phones are Changing Our Society

I would not be wrong in stating that cell phones are one of the greatest inventions by mankind. Cell phones have changed the way world citizens communicated and expressed themselves. It has now become simple and affordable. This was the good side, but the bad part is that it has led to addictions and many diseases. The good and the bad changes are two sides of the same coin. 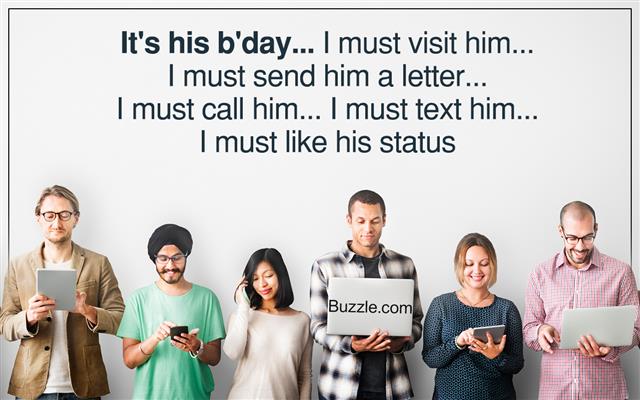 Look around you, on your desk, others’ desks. Did you just press a button on your phone to check if you have received any notification or a text? Are the others around you busy texting, listening to music or surfing on their phones? You want to know how has the cell phone changed our society? That’s what I am going to discuss in the following paragraphs.

Talking about how cell phones have changed our society, a change is measured or defined from a point of time in the past to the current point of time. In the case of cell phones this time span was a surprising 2-3 decades. It has undoubtedly gained the status of the most famous gadget today.

Cell Phones – A Journey from Being a Luxury, To a Need, To an Addiction!

The World Has Become a Smaller Place

Got a friend or a loved one who has moved away from you? It’s no problem staying in touch with them anymore. Calling up grandchildren and keeping in touch, even if they can’t meet them often has made the lives of Grandparents easier. Crossing over the seven seas to speak to a loved one is now child’s play. The scene just about a decade ago was such where making international calls was a big deal and a matter of expense. Cheaper calls have made communication more affordable and efficient.

It is Easier to Keep in Touch

Going back to the ‘days of landlines’ where to attend an important call we had to cancel our plans and wait back home instead. That is not the case anymore. A cell phone has made communication so feasible that you can actually talk to or at least say a “Hi” to almost all your friends every single day. We now can have endless video conferences which was only tagged for the affluent class just a couple of years ago.

The Internet which was previously limited to a computer, then graced the laptop and now phones, has made spread of knowledge and information easy and quick. Now who needs the newspapers to know about what’s happening in the world? Your cell phone is your most trusted and portable encyclopedia.

It will not be wrong to say that writing letters today has become an ancient practice. What people now do is to simply send texts or emails through their phones. In previous times, one would actually spend a day or two in structuring and completing a letter, then spend extra money on mailing it and finally waiting till the letter reaches the desired person. People from our generation will consider this as a strenuous activity.

Cell phones, especially Smart Phones have everything you need! You can listen to songs, read books, access news, social networking sites and play games – all on your phone. It has in fact changed our very ways of life. From paying your parking, food, shopping bills to credit card transactions, measuring temperature, checking the weather forecast to, taking pictures and videos, painting, drawing, playing your favorite instrument virtually, all this and much more is what the capacity of that little gadget has.

Phones have practically become an essential source of spending time. When you have nothing to do or no one is with you, all you need is your phone to be your companion or the special unit you can do an activity with. Just pick up your phone and either listen to songs, watch movies, call up a friend, check your emails or your accounts, click photos, and play games. With all this and more why would one need anything else?

Companies, institutions, and organizations who once needed to take a customer’s or a client’s full address to communicate with them, now only need their phone numbers. They send greetings, invitations, meeting notifications and information directly on your phone. So, your mobile number is your identity.

Curse: “My phone does not stop ringing, it just doesn’t leave me in peace. Graham Bell, thanks, but, No Thanks!”

The same points that were seen as a boon for cell phones, can also been seen as a curse, if excessively used or misused.

We Do No Work/ We The People – are becoming Lazier!

Now, we don’t need to go out to buy groceries to pay our bills, and to go out and play. All we need is a cell phone and we can get the groceries delivered at home, our bills are paid on the dial of a number and we now love to play soccer and pool on our phones. Cell phones have made our lives simpler, but have made us lazier too.

Not meeting your friends or family face to face, is an easy possibility. Because you interact with them every day on Facebook. Both, you and your loved ones are updated with whatever is happening in each other’s life, what are you anyway going to talk about when you meet?

Cell phones have almost replaced the need to be around people. It’s not that you don’t want people around you, but that you want to be alone so that you can browse or listen to songs or play games on your phone. We no longer need company, as long as we have our phones with us.

A cultural shift has been observed in ethics, and the traditional ways followed. For example: talking while eating was considered as bad manners. However, today it has become a common habit because so much is dependent on cell phones that its untimely and unrestricted use has been accepted worldwide. Talking in a cinema hall or at a funeral was once considered as a disturbance, but today it is overlooked. Mobiles have also replaced the age-old tradition of sending invites by an email or a text message.

A recent survey has shown that cell phones are shifting the young minds away from reality. This is because most of their time is spent in texting, chatting or talking on the phone, not allowing them to spend time with books, playing sports, with nature and with the real life.

There have been reports of people facing health problems like thumb pain i.e. repetitive stress injuries (RSI) and sleep disorders (like insomnia) because of constant and untimely texting. “Neuro-imaging studies have shown that those kids who are texting have that area of the brain light up, the same as an addict using heroin.” says neuroscientist and sleep doctor, Michael Seyffert. The New York Times reported that, “They (kids) do it late at night when their parents are asleep. They do it in restaurants and while crossing busy streets. They text in the classroom with their hands behind their back. They do it so much their thumbs hurt,”. Even after so many reports have been made, teenagers don’t believe that texting can actually have harmful effects.

Other Ill Effects of Using a Cell Phone

Excessive usage of cell phones can also contribute to the following diseases:

Finally, drawing a conclusion we should thank God for the beautiful minds who made our lives easier and more entertaining with the Mobile phone. But then, nothing is good, when done in excess! The same way, cell phones which are now ubiquitous have done a lot of good to our society overall, but it is now going to that edge where we are becoming slaves to this gadget. We are now addicted and dependent on it. Looking at how difficult relinquishing a cell phone has become, leading to addictions, I am not sure if this gadget will remain as helpful and entertaining. For the darker side of using cell phones, the lighter side seems to pale in comparison.

Like Bob Newhart said, “It’s getting harder and harder to differentiate between schizophrenics and people talking on a cell phone. It still brings me up short to walk by somebody who appears to be talking to themselves.”