Movie characters and characters from literature are oft discussed and argued about but what about the heroes of the digital genre i.e video game characters? Video game figures are rarely black or white, they are often shades of gray in terms of emotional depth and personality.

You are here: Home / IT Jobs / Greatest Video Game Characters Ever 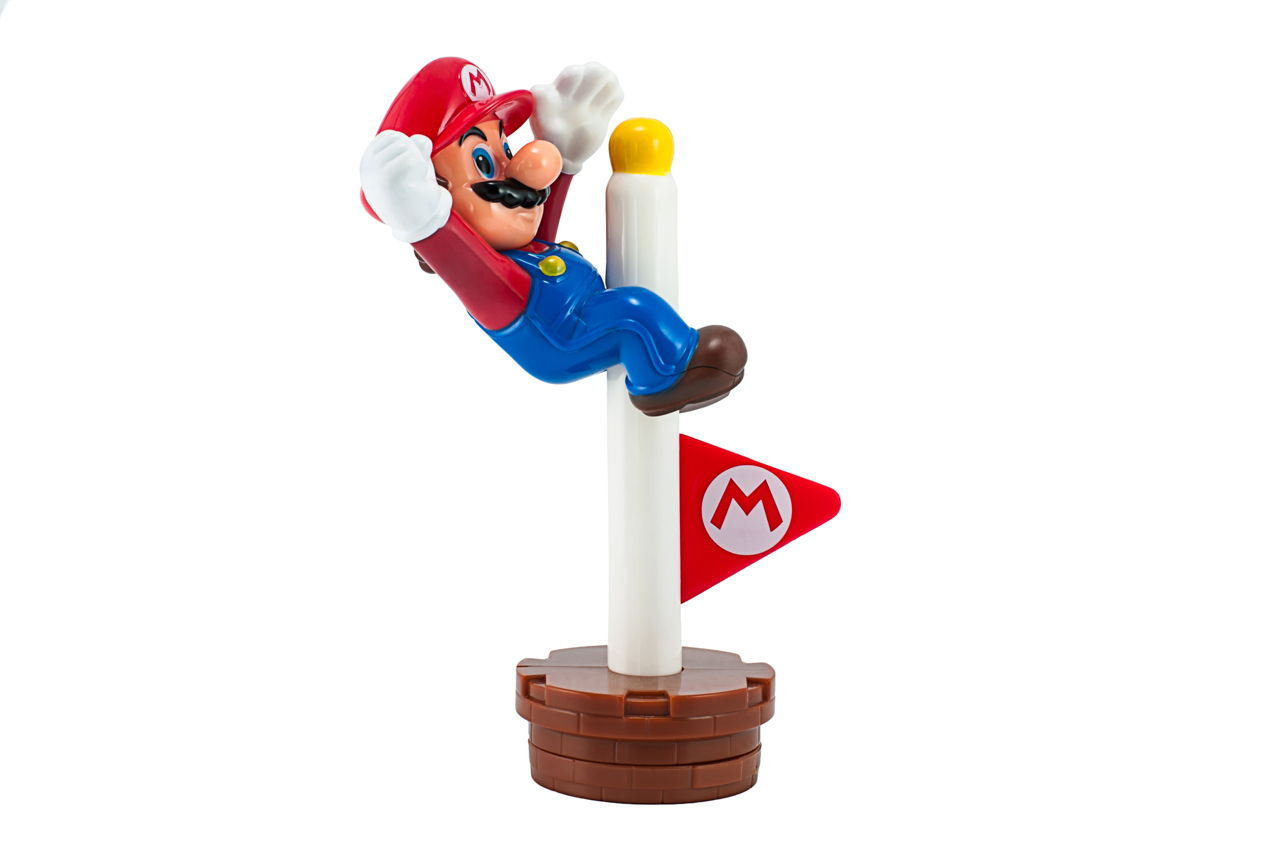 Movie characters and characters from literature are oft discussed and argued about but what about the heroes of the digital genre i.e video game characters? Video game figures are rarely black or white, they are often shades of gray in terms of emotional depth and personality.

A video game can be judged on so many levels. Gameplay, graphics, controls, storyline, visualizations… but what about a character? Video game characters are much more than just colorful pixels, they can make or break a storyline and indirectly decide a game’s success. No matter how good the graphics, if the main character is not appealing enough or too one-dimensional in outlook, the game is flawed. So without further ado, below is a list of the greatest video game characters ever, characters and figures that made an impression in the minds and hearts of gamers, irrespective of their video game genre or overall design.

– From the Hitman series
– Signature Look – Black suit, black gloves, red tie with dual Silverballers
– Names are for friends, so I don’t need one

Silent, deadly, the epitome of graceful murder. If you are ever in need of a quick, clean kill, Agent 47 is the hitman for you. His endless arsenal of interesting tools (how does he stuff a golf club into his bag??), the mysterious bar code on the back of his head and his slow, mellow voice, blank expressionless face and silent tread – this man was genetically designed to be a cold and calculating, killing machine. He’s the ultimate professional, on the job, nothing can shake his focus and he is always one step ahead of his opponents, mentally, physically and stealthily. Truly the best representation of the Grim Reaper in video games.

The eternal cat-and-mouse game has colorful ghosts as “chasers” but the star of the show is Pac Man, munching away on the little white dots and fruits. Dodging those relentless pesky ghosts, here and there, around this corner and that… Pac Man is so much more than a video game character, he is the symbol of arcade life and of the 80s. Perhaps we empathize with Pac Man because we, like him, chase after nothing but material gains and are hounded by inner demons. And like Pac Man, we don’t know when to stop.

– From the Street Fighter series.
– Signature Look – White gi, red headband
– The answer lies in the heart of battle

The best example of a diligent martial art expert, silent and determined with a good heart is Ryu. He is the good guy, the white warrior. The spirit of street fighting is made honorable through his conduct and attitude. Don’t be fooled by his simple attire and quiet nature, Ryu is a formidable opponent. From his Hurricane Kick to his Fireball move, his fighting style is methodical and intent on disarming, not destroying. He has a hidden dark side, where he must win and must be the best. Irrespective of his flaws, Ryu remains one of the most famous characters of the Street Fighter series and of video gaming history.

– From the God of War series
– Signature Look – Red tattoo from eye to shoulder, scarred right eye, ash-white complexion, muscular bulging build
– If all those on Olympus would deny me my vengeance, then all of Olympus will die

A raging inferno of anger, an unquenchable thirst for revenge and the bloodlust of a betrayed warrior… make way for Kratos, former Captain of the Spartan Army, turned vicious warrior for the Gods. While playing the game, you will find yourself drawn to his volatile and bloody fighting style, as he wears down innumerable armies of arachnids, sea monsters, beasts, men – in short, anything ugly and mythical that stands in his way. Kratos tears limbs and heads off, spilling blood incessantly with his Blades of Chaos, all in a seemingly endless quest to find peace. He makes this list of “greatest video game characters of all time”, as one of the most vicious and inhuman characters to ever grace a video game screen.

– From the Metal Gear series
– Signature Look – Black headband, gray or black body suit, neat mustache
– Unfortunately, killing is one of those things that gets easier every time you do it

James Bond seems like a schoolkid alongside this veteran super-spy. David a.k.a Solid Snake embodies stealth, cunning and extremely sneaky tactics, to get in and out of the most sticky situations and the seemingly impenetrable locations. He always works alone, hardened by the trials of war and on the look out for those mechanized threats to humanity. Whether young and aggressive in Metal Gear, working for FOXHOUND, or aged and gravelly in Metal Gear Solid 4, Snake remains our favorite commando, sneaking across the room in a little box.

– From the Max Payne series
– Signature Look – Leather trench coat and scruffy hair with loosened tie
– Your past is like pieces of a broken mirror. You try to pick them up, but you only end up cutting yourself

Armed with a single pistol, trench coat and a world-weary attitude, looking at New York City through Max Payne’s bleary eyes, is an experience like no other. Once a happy father and good cop, Max now trudges through life, thirsting for revenge, searching for his family’s killers. Going undercover into the seedy underbelly of the Mafia and drug cartels, carrying out killing sprees, hallucinations and downright frightening dream sequences and exchanging flirtatious banter with Mona Sax… Max Payne is one of the most depressive yet deep video game characters ever.

Boldly exploring the darkest, deepest cavern or uncovering a spooky tomb or even jumping around her apartment, Lara Croft is the epitome of fearlessness and adventure. She will shoot her way through any situation, be it tigers, grave thieves or mummies and giant cats. This character has often been dismissed as a sex symbol but Lara is so much more than a pretty face. She has a spunky spirit, is very limber and acrobatic and has excellent aim (helps when you raid tombs). Keep spelunking Lara, we’ll follow you into the murky depths till the end of the Earth!

– Grand Theft Auto IV
– Signature Look – Unshaven face with cropped hair, shabby loose clothes and scruffy sneakers
– My hands are already dirty, my presence in this city is to make them dirtier

From bad to worse and back again, the main protagonist of the latest GTA release, has a haunted and tired look in his eyes, of someone who has reached the end of the road but still struggles on. Niko is an East European immigrant and has seen war and strife from a young age. His life is one long list of murder and crime, from his days as a soldier to a smuggler to a gangster. Finally he ends up in Liberty City, hoping for a chance to redeem himself, to forget the past and forge a bright future. Alas, Niko sees the true colors of the city, that under all the shine, it’s another garbage pile. He has a heart, which he shows with his constant protection of his cousin Roman but is ridden by guilt and committed to a life of crime. Niko’s most endearing and alarming flaw is his blatant cynicism, his world-weary demeanor and attitude, that things never get better… just worse.

Video games can turn the most mundane or simplest creatures into the most fun and in-your-face characters. The humble hedgehog here is a super-speedy, attitude packed hedgehog, who defends peace and freedom. He can roll into a ball to bash down enemies and is as fast (perhaps faster) than the wind. Sonic is very scared of water but can run at a high speed over it. Along with sidekick Tails, he battles evil foes like Dr. Eggman and loves exploring the magical and colorful city of Station Square. This Blue Blur sped his way into our hearts with his smart-alecky attitude, cocky grin and ultra-fast speed with amazing acrobatics.

Mario isn’t your typical super-hero. His diminutive stature, comical appearance and the way he runs around, wouldn’t scare anyone off. He’s always disappearing into cactus plants, chasing after magical mushrooms, collecting coins and jumping over and under bricks to avoid water. He has to tackle funny mushroom men (Koopalings) and face a fire-breathing dragon Bowser, all to rescue a chick, who once rescued, manages to get kidnapped again. Yet he is one of the… no, THE most recognized and loved video game character ever to exist. Plus, you have to give him credit, he never seems to give up, no matter how tough the level. His value may have decreased over the years, as with the nowadays ever-changing genres of video games, this little plumber seems a bit old-fashioned. But he remains a timeless classic of the video game industry and an eternal legend and hero in the halls of gaming lore.

A list of the best video game characters of all time is always going to have some or the other character missing or left out. Opinions differ and somebody’s hero is going to look overrated to someone else. In this author’s opinion, a classic video game character is one who keeps you playing the game and keeps the memory of the game alive, long after the game is over.