An exhaustive list of games coming out in 2017 and 2018, which has all the games compatible to PS4, PS3, Xbox One, Wii U enlisted in it. Going by this list of upcoming games, there is no questioning the fact that the next two years will be memorable for all ardent fans of gaming out there. 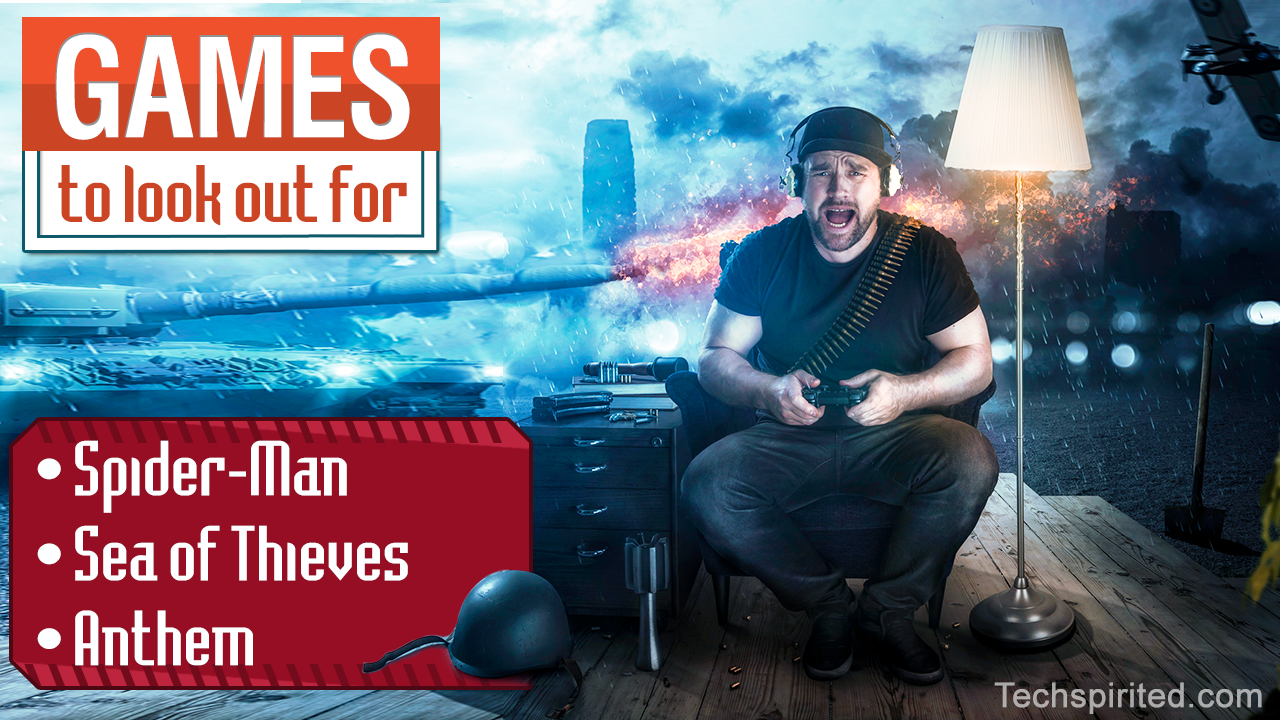 An exhaustive list of games coming out in 2017 and 2018, which has all the games compatible to PS4, PS3, Xbox One, Wii U enlisted in it. Going by this list of upcoming games, there is no questioning the fact that the next two years will be memorable for all ardent fans of gaming out there.

Over the last couple of years, the war of gaming consoles has been dominated by Sony, Microsoft, and Nintendo with their respective 7th generation consoles, i.e., the PlayStation 3, Xbox 360, and Wii. Now these companies have launched their 8th generation gaming consoles, i.e., the PlayStation 4, Xbox One, and Wii U, and that has made the battle between these three all the more intense. With all these consoles having similar features―from an amateur gaming enthusiast’s point-of-view―a lot boils down to the exclusive game titles that these consoles have to offer.

While some games are compatible to all the three consoles, others are ‘Console Exclusive’, i.e., they are compatible to one particular console. A console which has more exclusive games obviously has a slight edge in this three-way battle. If the list of upcoming games is to go by, it becomes obvious that the manufacturers are well aware of the importance of console exclusivity, and are using it to woo end users to their camp.

This is the 10th main installment of Assassin’s Creed series. Bayek is the main protagonist of the game from Medjay. He (i.e. the player) has to stop the harm done to the people. This game is about assassins who aim to create a peaceful world. The game is periodic fiction of Egypt. It is nominated for Best Console Game, Best Action/Adventure Game, and Best of Show in the Game Critics Awards.

Nintendo Switch has always impressed with the Super Mario Series and now they are releasing Super Mario Odyssey this October. This game has already bagged a lot of awards by Gamescom and Games Critic Awards. Super Mario Odyssey is a 3D platform game where Super Mario (i.e. the player) travels into new world to rescue Princess Peach. Its an open-space exploration game.

The first installment of the Call of Duty series was released in 2003. After the three installments with a futuristic touch, the fourth installment is back with a game set back in time. Sledgehammer has brought back ‘boots-on-the-ground’ game-play. Its a first-person shooter, multiplayer game.

This is the third installment of Red Dead series and the successor of Red Dead Redemption. The game is from a third-person perspective. Its a single player game and multiplayer mode can also be enabled while playing online. The game was supposed to release in 2016, but later on postponed to 2018. We can’t wait to get our hands on this game.

Peter Parker as Spider-Man has made our lives exciting. Well guess what, now he is coming back in the form of a game. The game is developed by Insomniac Games and published by Sony Interactive Entertainment. It’s a third-person perspective, single player mode. Spider-man’s super abilities like web slinging and wall crawling will add more fun to this game.

This game was first announced in 2015 and still is one of the most anticipated games. Its a pirate themed multiplayer, first-person perspective, cartoon animated game. A group of players have to invade other lands and fight other pirate players in the game. They have to collect the loot and complete other tasks. The group of players will be given roles like looking after ship canons, navigation, steering, etc.

The successor to the hit game Kingdom Hearts II is back. Its designed by Tetsuya Nomura and developed by Square Enix Holdings. The main character Sora has returned with some other Disney characters like Donald Duck, King Mickey, Goofy, and Riku. We will see some Toy Story characters too. This game will revolve around a wide open-space worlds like Kingdom of Corona (Tangled), Big Hero 6, Twilight Town, Toy Story, and others.

This game has great looking graphics, and it’s developed by BioWare. Its a multiplayer game where a player can have a four member team. The players will be wearing exosuits called Javelins. They can be crafted to have rare weapons and super human abilities. Range and Colossus are two classes of Javelins which will have different abilities.

This is the fourth installment of the main God of War series. God of War 4 returns with its main character Kratos who has a son named Atreus. The main plot of the game is that Kratos will be mentoring his son and teaching him battle combats and strategies. As the game progresses Atreus helps Kratos to win the battles. This game has already bagged Game Critics Awards 2016 for Special Commendation for Graphics.

Sony Interactive Entertainment is coming up with an action-adventure horror zombie game. It is set in a post apocalyptic world where most of the human races are turned into zombies. You see the world from the main character, Deckon’s perspective, and your only goal is survival. Its a open-space world and can be explored on foot, or on motorbikes.

It’s one of the most interesting game designs. This is a two player mode only. It can be played online, or locally too. The game dynamics supports only split screen mode. The main protagonist of the game are Leo and Vincent, guilty of charge prisoners who are running out of the prison.

Given below is a complete list of the most anticipated, interesting video games. Let us know if we missed some names.

Note : TBA – To Be Announced