Learn about difference between DVI and VGA, the advantages of opting for either type of connector and the types of DVI cables available. 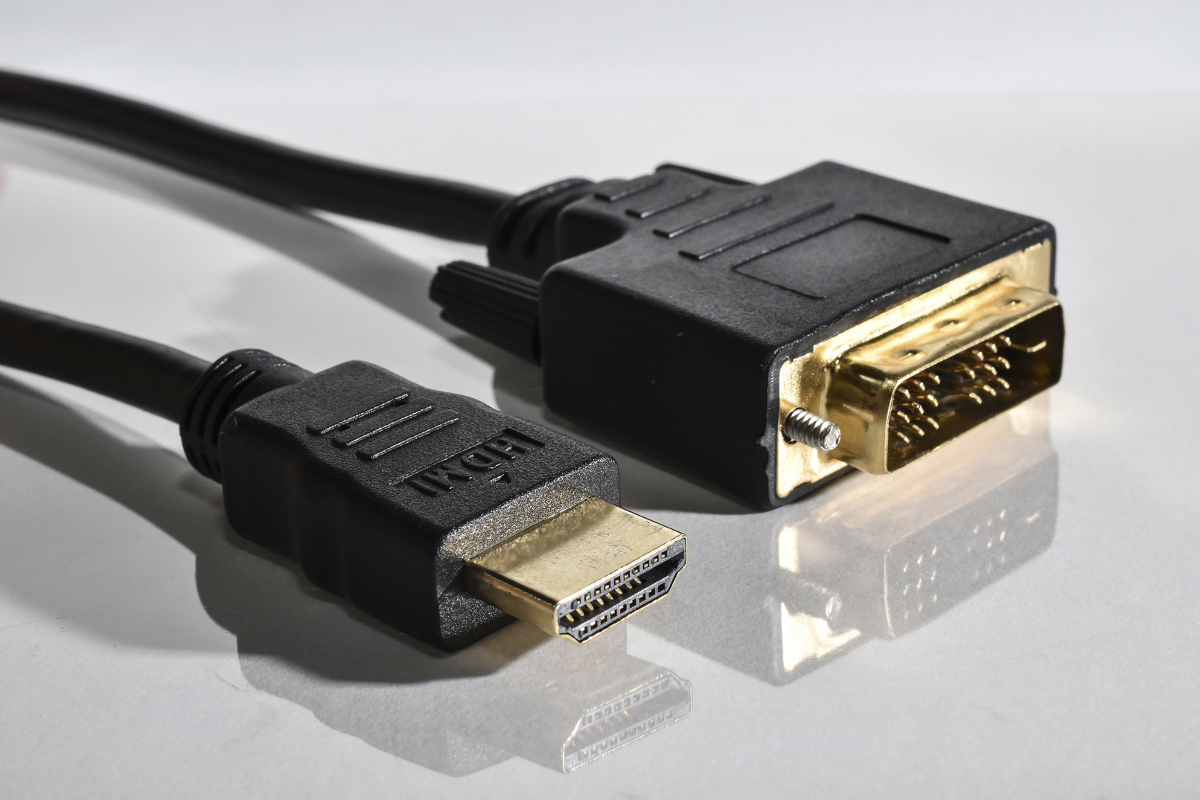 Learn about difference between DVI and VGA, the advantages of opting for either type of connector and the types of DVI cables available.

Technological advancement has only accelerated with time to offer superior solutions. This is made apparent by the rapidity with which a new technology emerges to send the older one into obsolescence. Research is constantly in process of eliminating the perceived flaws in current technologies.

DVI (Digital Visual Interface) is the widely used video interface technologies, slowly edging out the older VGA (Video Graphics Array) interface. These two interfaces primarily differ in the type of video signal transmitted through them. For any electronic device, signal quality is the most important factor that ensures the integrity of encoded information.

Cables and connectors carrying video signals need to ensure that the carried signal is preserved intact in its original form, to provide impeccable rendering on display devices. While VGA was designed for purely analog signals, DVI can transmit both digital and analog signals, ensuring superior video quality.

Both DVI and VGA are primarily used to connect display monitors with video sources. HDMI (High-Definition Multimedia Interface) is even better as it offers the best signal quality for most modern monitors and television sets.

About DVI
DVI (Digital Visual Interface) was developed by the ‘Digital Display Working Group’ in 1999 to succeed the then widely used VGA technology. They were designed to carry digital signals in uncompressed form.

DVI connectors and cables are designed to be compatible with HDMI and VGA. These connectors have 29 pins with the ability to carry analog, as well as digital signals. They are used to carry video signals for all digital display devices.

About VGA
VGA technology uses 15 pin connectors to transmit only analog video signals between devices and are primarily used to connect computers with monitors and HDTV sets with video sources. This technology was developed by IBM in 1987. Also known as three-row 15-pin DE-15 or HD 15 connectors, were extensively used until the introduction of DVI technology.

Having been designed to carry only analog signals, they are used only for CRT and certain LCD monitors. The video signals carried by VGA cables have an analog RGBHV component and a VESA display data channel signal. Being analog, VGA signals require digital to analog conversion for transmission.

Why Opt For DVI Over VGA?

DVI connectors have fast replaced the old VGA technology due to superior overall performance. Here are the primary reasons for the switch to DVI.

One of the biggest limitations of VGA (Video Graphic Array) connectors is their inability to carry digital signals. On the other hand, DVI cables can transmit digital as well as analog signals. In fact, DVI offers five separate connectors that can be used to serve your specific video signal transmission requirements.

Unlike VGA, DVI Cables Can be Hot Plugged

A very important property which sets DVI apart from VGA is the fact that these cables can be hot plugged. VGA cables cannot be attached without shutting down and rebooting a computer. However, there is no need to shut off a system to plug in or remove a DVI cable. In a highly networked world with a proliferation of devices, it is a highly desirable feature.

The resolution, as well as picture quality offered by DVI transmitted signals is far superior to VGA, due to the simple reason that it is digital in nature. Digital signals have an inherent immunity to noise. Further, a VGA cable signal is subject to distortion from surrounding analog noise, if it’s not adequately shielded.

Despite its analog limitation, VGA supports up to 2053 x 1536 pixel resolution for displays. However, compared to the speed and precision of DVI supported displays, VGA is found lacking due to analog dependency and externally induced noise. Still, the difference in signal quality is only noticeable at high resolutions.

Also the interference from surrounding wiring tends to distort the picture transmitted by a VGA cable, which usually isn’t sufficiently shielded. Even the power cable in vicinity of a VGA cable will cause signal distortion. Ergo it is highly recommended that you go for a DVI cable, provided your monitor or display device supports it.

There is not much of a price difference between the two cables either. So neither do VGA cables offer a price or functionality advantage.

No Need of Analog to Digital Conversion

DVI technology requires no digital to analog conversion, which is an inherent requirement of VGA cables. That is why, nearly negligible signal information is lost in translation. The higher bandwidth is an added advantage.

DVI cables can carry signals for longer lengths without distortion. Hence DVI is preferred over VGA due to its proven superiority in all respects. Ergo for digital devices, DVI connectors are ideally suited.

To conclude, the prime difference between the two technologies is DVI’s high quality digital signal ensuring better picture quality and higher resolution. While VGA is an old technology widely used as it acts as the default monitor connector for PCs. But as DVI and advanced HDMI cables make their way to the market, VGA is losing its demand.