Though the terms composite and component video sound similar, they actually represent two very different cable technologies that are used for inter-connecting audio-video devices. We shall find out what these technologies are, and examine the main differences between these two cable types.

You are here: Home / IT Jobs / Striking Differences Between Component and Composite Video Cables 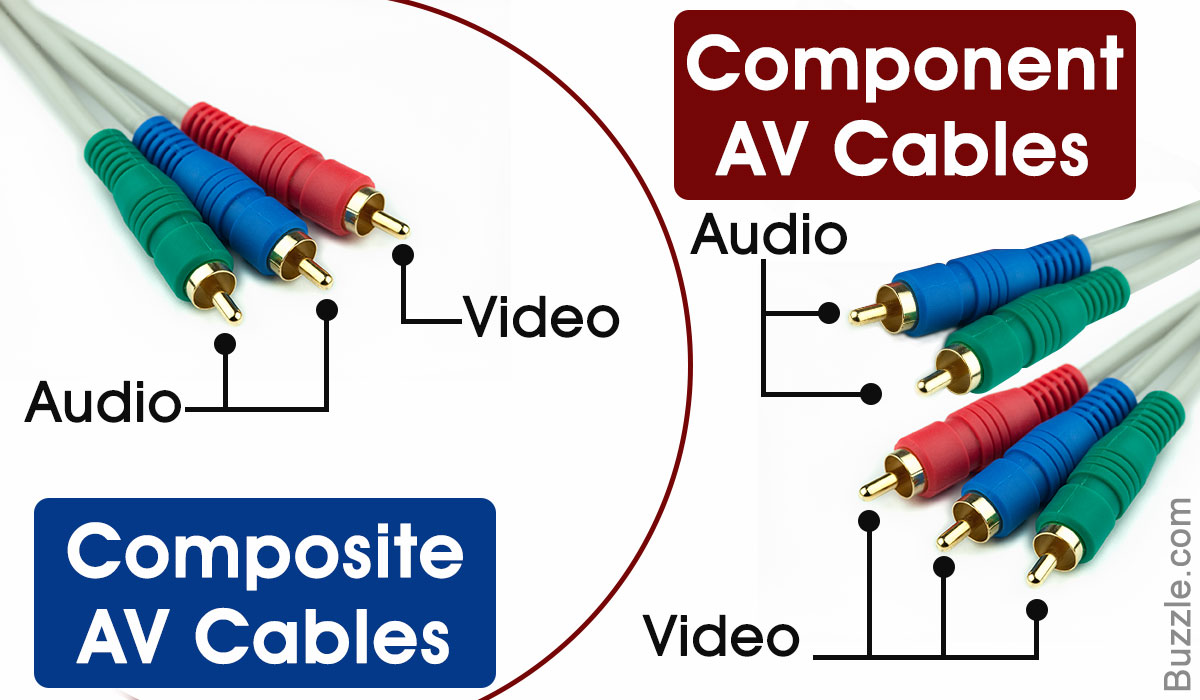 Though the terms composite and component video sound similar, they actually represent two very different cable technologies that are used for inter-connecting audio-video devices. We shall find out what these technologies are, and examine the main differences between these two cable types.

Both, component and composite video cables commonly use the same coaxial RCA connectors for connecting to various devices. This adds to the confusion that the consumers already face while distinguishing between these two cable types.

You would think that connecting a DVD player to a display to watch your favorite movie is a pretty straightforward affair, until you notice the array of multicolored input and output slots at the rear ends of both these devices, and the strange encoded alphabets and characters associated with each one of them! To further add to the confusion, you will find a number of fancily named cables available in the market, from among which you are expected to find out which one goes where, and does what.

Sounds vexing? Well, it won’t be if you take some time here to learn about the basic standards used for audio and video connectivity via cables.

For connecting your DVD player, gaming console, or other similar devices to your television display, you will most likely need to make use of either the component audio-video (AV) cable or the composite AV cable.

Both these are standard technologies commonly used by several manufacturers of consumer electronics. In the following lines, we shall learn more about composite and component video technologies, and then run a one-on-one comparison highlighting the main differences between the cables used for each.

Component video technology splits the video signal into three basic components, and transmits them individually via separate channels (cables). This technology supersedes both composite and S-video in terms of clarity and picture quality, and is considered to be a high-end video interface.

As mentioned above, component video uses three cables for transmitting video, and requires additional cables for audio transmission. It is an analog video format.

Composite video technology was developed back in the 1950s, when the addition of color to black and white TVs had just begun. Back then, the color information for the video was multiplexed with the monochrome signals, and transmitted along the same TV channel. It was the first video signal to include color in it.

Composite video combines all three video components, namely luminance (Y), color (U), and (V), via encoding into one signal, which is then transmitted over a single cable. For transmitting audio, additional cables and connectors are required. It too is an analog video format.

This technology was used as a standard in the NTSC, PAL and SECAM television sets, before the advent of HDTVs.

Number of Cables and Color Codes 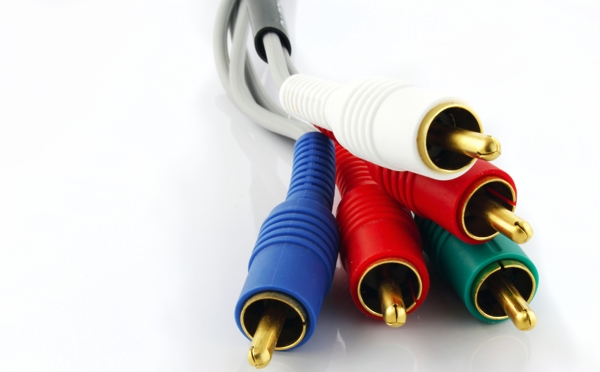 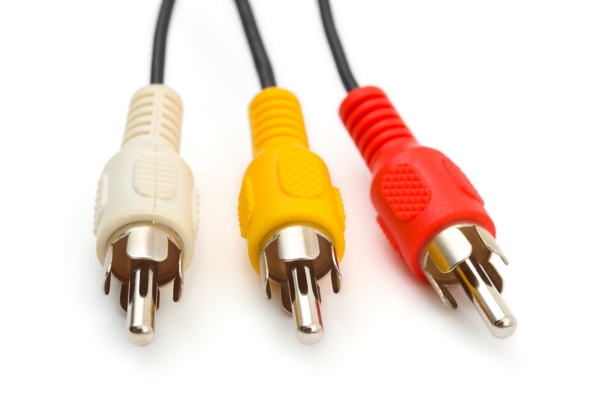 In the basic form, composite AV cables comprise three male connectors on each end. They are typically color coded into red, yellow, and white. The yellow cable carries the composite video signal, while the red and white cables carry the left and right channel audio components of the stereoscopic sound signal.

In some specific versions, especially the ones designed for certain gaming consoles, there are three cables and connectors on one end and a single specialized output plug on the other, which is designed to connect to the console.

This technology transmits video signals via a single line-level cable, wherein the video information is encoded into a single channel.

Component video, is a successor to the composite, and is capable of supporting a wide range of resolutions, right from the standard 480i of old, to the 1080p HD, and theoretically even those beyond it.

This is an older generation technology, which was used prior to the advent of high-definition (HD) video. As such, it is limited to resolutions of 480i and 576i, and doesn’t support the modern HD technology and associated resolutions.

In this technology, the luminance and color components of the video are transmitted individually as three separate and independent signals. As they don’t undergo the encoding and decoding process, there is comparatively much lower loss in this signal. As such, the picture quality obtained through the use of component cables is superior to that obtained from composite cables.

For the generation of a composite video signal, all the different components of the video signal, including the luminance, chrominance, along with the different color information, are encoded together into one signal. This causes considerable degradation in the picture quality at the output when this signal is decoded.

To sum up, in composite video, the video signal is transmitted via a single (yellow) cable, while in component video, it is transmitted via three separate cables (red, green, and blue). Composite is an older generation technology, having lower video quality, and does not support HD. On the other hand, component video is a more useful technology, which boasts of a significantly better video quality, and also supports the latest HD resolutions.