Loosen Up and Discover Some Mind-blowing Dating Games for Girls

In dating games for girls, you can play all sorts of games with the guys. You can make the guys behave as you wish! The online virtual games mentioned in this article are a great way to unwind and have fun, playing dress up, and going on virtual dates, etc.

You are here: Home / IT Jobs / Loosen Up and Discover Some Mind-blowing Dating Games for Girls 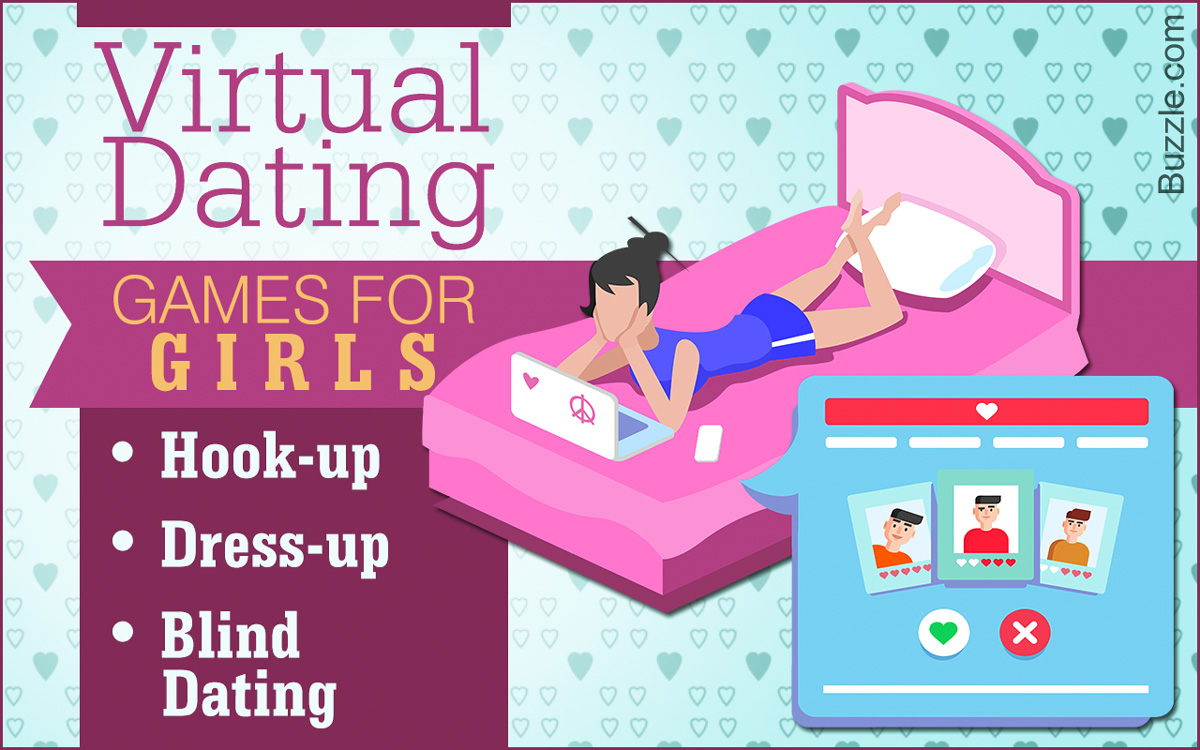 In dating games for girls, you can play all sorts of games with the guys. You can make the guys behave as you wish! The online virtual games mentioned in this article are a great way to unwind and have fun, playing dress up, and going on virtual dates, etc.

Aren’t we always wondering why guys are so addicted to computer games? Especially when they choose computer games over us! Let’s give them a dose of their own medicine. Now we have computer games of our own, to annoy the boys and I am sure they are much softer and nicer than the loud screeching ones!

Dating games are actual games which are to be played online. All the aspects of a date are included, right from getting ready for the date to ending in a ‘virtually’ successful relationship. Interesting, isn’t it? Here are some popular dating games for girls.

Role Player Games: In a role player game, you choose a role for yourself. And you also decide what that character will say and do. You get to experience all the stages of life with its ups and downs. Has Helen of Troy always fascinated you? Have you spent hours in front of the mirror trying to look like her? Play this, and see your dream come true!

Dress-Up: As the name suggests, you are supposed to dress a character in whichever way you like! Every character has a story, and an occasion for which you are supposed to dress them up for! So, in a way, the ‘life’ of the character is in your hands and so is the success! In some parts, the character is very peculiar, it belongs to some strange place like ice caves or another planet. This is challenging as you have to completely transform the girl. All the lovely, seven-yard gowns can be used here! The whole wardrobe is open for you. It’s not only about dresses, but also about the make-up and accessories, yes you get to choose all of it!

Hook-Up: In this, you have no choice, but date two-three guys. You have a wide variety to choose from. However, you have to be careful, otherwise you might get caught and end up single! If you are fed up of or angry with your boyfriend, but don’t want to end the relationship, this game can prove to be a vent for you! However, if you are a committed person, you won’t like this.

Heart Pounder: This game gives you a chance to take revenge! You are allowed to stab the hearts of brutal people … you take an arrow and shoot at the heart!

Blind Dating: One of the most interesting options out there! Here, you get to choose your guy, choose the right clothes for him and then rush to your dream date of the ‘virtual’ world. Be careful about the objects on which you click. Your success depends upon the object you click on. I wonder why it’s called blind dating when it’s not exactly a blind date. Perhaps it is so because, everything is just a ‘click’ away and you don’t know what it is!

Speed Dating: Here’s your chance to set a record! Err … record for getting the highest number of dates in the least time! The one who completes this ‘task’ in minimum time, is the winner!

The Great Indian Arranged Marriage: Here the game starts with a conversation between the bride-to-be and the bridegroom-to-be followed by other rituals. Beware of the sangeet ceremony, it will make you dance to its tune! Get a couple married in the Indian style! So, be their Godmother and help them cross all the obstacles and live happily ever after.

Break ’em Up!: Today’s world is so fast that girls don’t even get time to choose a boyfriend. Then there are instances when your Mr. Right is attracted to someone else. What to do in such conditions? Simple … Snatch him from the other girl. And this applies only to this game. Remember to make the grab only when his girlfriend is not around. If only getting back your boyfriend would be so easy in real life!

Choco Mania: As the saying goes “The way to a boy’s heart is through his stomach.” You get to test this saying in this game. Yes, you have to prepare some delicious dishes for him. However, beware, your guy will be impressed, only if the cuisine is perfect! You are given the recipe, but it’s not that simple, one extra tablespoon of an ingredient can spoil the whole recipe. ‘Cooking to impress’ is not easy even in the virtual world!

Sim Dating: Sim dating games have had many versions. The objective in most of them is the same and that is to achieve a romantic relationship with one of the characters. Some of the versions don’t have any active playing. It is mostly conversation and some graphics. In some versions, there are levels and monsters…just like any typical game. If you impress the guy and collect lots of hearts you win. The final ‘prize’ is different in all versions. In some versions, the guy confesses his love by proposing to you. Sounds great, right?

Online dating games for girls are the newest fun-activity, but remember it’s only a ‘fun-activity’. All the above are free! However, remember, they are only games. In real life there are none. While having fun playing, don’t forget the difference between the ‘real’ and the ‘virtual’.