If you are looking for the top Intel processor, you need not look any further. In this article, you will find the best chips launched by Intel for desktop and laptop computers. 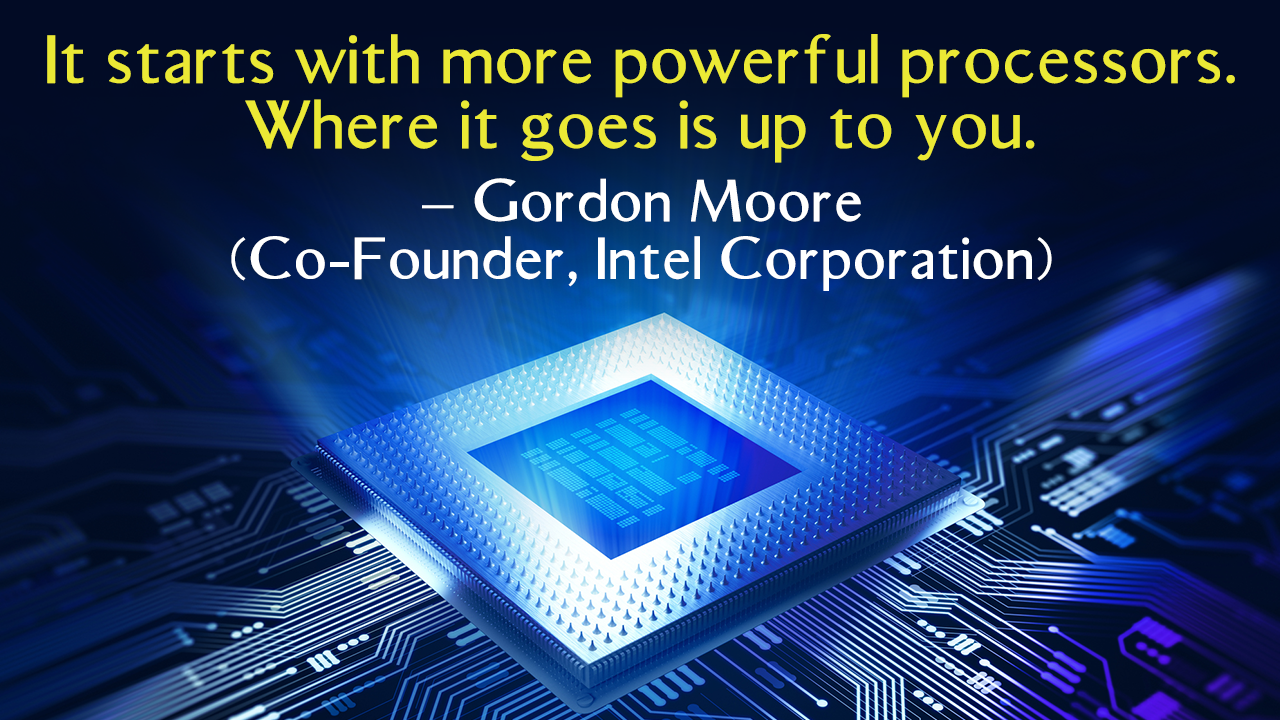 If you are looking for the top Intel processor, you need not look any further. In this article, you will find the best chips launched by Intel for desktop and laptop computers.

Intel is the de facto leader of the semiconductor revolution that defined computing technology and took it to a whole new level. Founded by Gordon Moore and Robert Noyce (the inventor of the integrated circuit), in 1968, today Intel technology drives computers all over the world.

When choosing a computer processor, Intel is the default choice for most people, though an alternative in the form of AMD exists. If you are in search for the best computer processor on the Earth, it’s an Intel chip right now and it is a part of its latest core i9 line of processors.

The first question that comes to mind is, how to judge which computer processor is the best in the lot. You don’t need to be a geek to be able to judge which processor to put your money on. All you need is a shrewd analysis of the processor specifications.

As the clock speed increases, the amount of heat produced by the processor also increases. So the TDP (Thermal Design Power) of the processor should be looked into, which decides the heat output generated by it. Lesser TDP is better, because it effectively reduces heating issues.

Another aspect to consider is the Cache memory of the processor. It is normally divided into L1(level 1), L2, L3. More memory is better. Cache memory temporarily stores the files needed to be processed by the processor which are stored in the secondary memory(HDD/SDD).

The Core i9 7980XE is unarguably the fastest processor launched by Intel in 2017. Of course, this beast of a processor is designed for running heavy applications and using it for mundane computing jobs would be more than just overkill. It is designed to power workstations, servers and for extreme gaming purposes.

If you want to build the ultimate gaming desktop computer, core i9-7960X or core i9 7940X should be your default choice. For laptop computers, the best choice is the Intel Core i9-7920X. Of course, you can opt for the i7 line which also offers plenty of choices for laptop and desktop computers. Know your requirements and choose wisely!