The latest addition to the TV markets are 3D television sets. While the sales of these televisions are on the rise, it is important that you check the machine's minutest details before investing a hefty amount in buying one.

You are here: Home / IT Jobs / Invaluable Tips on What to Look Out for When Buying a 3D TV 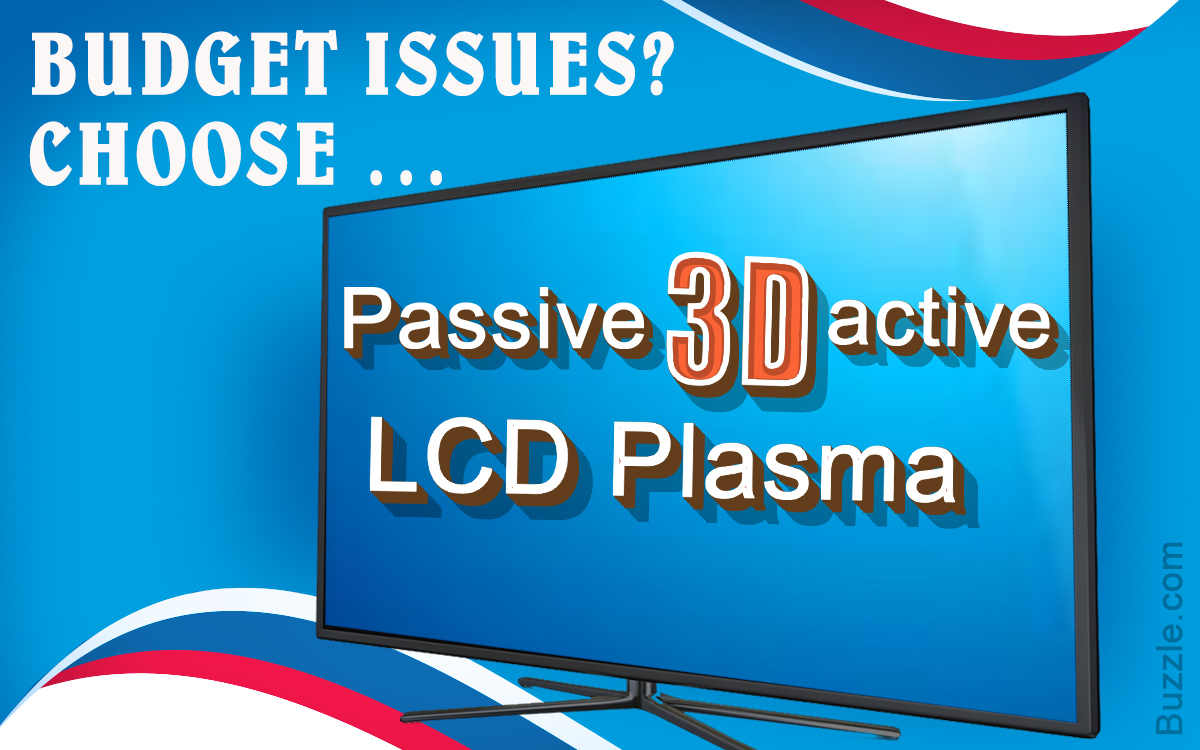 The latest addition to the TV markets are 3D television sets. While the sales of these televisions are on the rise, it is important that you check the machine’s minutest details before investing a hefty amount in buying one.

Even though the 3D TV industry is still in its infant stages, there is a new resolution launched, i.e., 4K (Ultra HD). Time will tell whether this technology proves fatal for the 3D television market or not!

A 3D television set is an “in” thing today. So, if anyone wishes to change their television set, they might be tempted to go in for the 3D ones. However, when the price factor comes into picture, these sets are the costliest amongst the lot.

Also, as the technology is still naïve in the television industry, not many choices are available with the buyers. So, there is a need to carefully choose the best TV amongst the limited options. Let us check the basic guidelines to buy a 3D television.

Should You Opt for It?

For most of our regular television viewing needs, a 2D TV holds good. So, if 3D viewing is not the basic need, you can look for better 2D televisions.

However, if you wish to have better video quality, then you can go in for a 3D-capable TV set. However, evaluate the price aspect carefully before hastily buying one. Once you have decided to buy a 3D TV set, the next option will be to choose between passive and active 3D.

To watch 3D televisions, you will need 3D glasses. Now, there are two types of glasses: active and passive. The passive glasses are the ones that are less expensive and polarized.

On the other hand, active 3D glasses are battery-powered and expensive. These glasses also contain a transmitter that syncs them to the television set.

Most of the plasma televisions use active shutter glasses, while the LCD ones use passive glasses. Wear the glasses, and check them at different viewing angles. Also, choose the one that is most comfortable for you.

The screen size matters when you buy a television. For a 3D television, the bigger the screen, better is the viewing experience.

So, generally it is recommended that you buy a TV that has a screen size of 55 inches or more. If you wish to get into the technicalities of the television, you should buy a TV that has a refresh rate of at least 240Hz. This will reduce the motion blur in fast-moving scenes.

You knew that you needed to look for those I/O ports while buying a laptop; however, you need to look out for them even while buying a 3D television. These ports determine the peripherals that you can add to your TV.

A recent research by the Eye Care Trust says that about 10 percent of people who watch 3D television cannot actually see 3D images!

Also, a few others experience discomfort, like nausea, headache, eye itching, etc., while viewing a 3D TV. This is because of the high speed and excessive flickering of 3D images.

Thus, before buying a 3D TV set, it is advised that you watch the television set by wearing those glasses and check your comfort level. You might experience aftereffects of watching the TV. So, wait for a few minutes or hours before you make a final decision.

Finally, you have decided to buy a 3D TV! The next thing you will have to decide is whether to go in for an LCD or a Plasma TV set. There is generally no noticeable advantage of buying one over the other. One of the points that will differentiate these two is the crosstalk.

Plasma units have less noticeable crosstalk as compared to LCD units. But, it is a universally known fact that plasma sets consume more power and are bulkier in comparison to the others in the same category.

To be very clear here―there is not much 3D content out there. So, it is highly possible that you will run out of patience when it comes to the number of channels that you can view in 3D. Keep this aspect in mind, and only then buy the unit.

There’s a marketing catch word called “simulated 3D.” This means that the 2D content is made to appear like 3D. But anything that is originally not transmitted in 3D will make for horrible viewing. Be careful not to fall into the trap of this feature.

This is the most important aspect that you should consider. 3D TVs can burn a hole in your wallet. Thus, only if you are financially sure of bearing the cost of a 3D unit, go for it. Else, you can wait for cheaper sets to be launched.

It will be wise enough to buy a 3D TV if you have something to watch on it! And with the scarcity of 3D content, it is advisable to wait until adequate content is developed.

If energy efficiency and price factors are to be considered, then you should buy an LCD TV over plasma sets. Think twice before making such a huge investment. Don’t fall into the trap of marketing gimmicks; evaluate your needs before buying a 3D television.