What is Media Convergence? How Does it Affect the Society?

The confluence of different media through the use of technology is termed as convergence of media. The following article explains this phenomenon.

You are here: Home / IT Jobs / What is Media Convergence? How Does it Affect the Society?

The confluence of different media through the use of technology is termed as convergence of media. The following article explains this phenomenon.

Different forms of language have always helped mankind to communicate; may it be a crude symbol written language, or a very sophisticated language like Latin, Greek, or Sanskrit. In the initial times, mimicry and acting, with some symbolic language and drawings on surfaces, were the only modes of communication. From these humble beginnings, mankind has accepted and consistently developed new means. The chronology is vast, and the printing press, periodicals, newsletters, radio, television, telephones, and the Internet are some of the essential stepping stones in the journey. Today, there are several media channels working together in tandem.

What is Media Convergence?

Convergence is the process where several media channels come together to exist and operate in synergy. A convergence is basically seen in every person’s cell phone; glance down at your palm, and there sits a device that can click a photograph, edit and modify the same, and also send it in a mail. Some people like to define convergence simply by stating it to be a merger of mass media and communication outlets. In some cases, multi-utility of the same gadget or media is also attributed to be a convergence. With the advancement of time and technology, manufacturers of technology are engaged in a race to manufacture devices that have maximum number of media converged within them.

Three media channels are currently the focal point of the media convergence journey: the print media that has started laying a certain emphasis on Internet-based outlets, the slowly depleting difference between the television and the computer, and the slowly blurring line between the computers and the cell phones. Some decades ahead, we might be walking with gadgets in our hands, that are faster and more intelligent than the super computers. They’ll have better connectivity than the cell phones, and can be used as televisions and newspapers too. This explains the fact that technology is acting as a super-catalyst in the convergence race.

There are a considerable number of effects of convergence on society. Media convergence is something that impacts us all, and such has become the way of life, that society adapts and changes accordingly. First we started only with written letter, then we proceeded to the ones that were typed on a typewriter, followed by the Fax and email, to the point where we now send a video or voice messages. Now, the pinnacle of convergence would be where an illuminated graphical figure would pop out of our gadgets to deliver a mail, orally, or graphically.

It goes without saying that media convergence is a speedy process affecting our careers too. It is getting more and more competitive out there, as one needs to start learning the converged technology as soon as it appears. Not only this, but entire offices and distances in two places have shrunk. Papers are slowly disappearing from offices, and certain slow working tools such as pens and typewriters are also disappearing. An apt example is that of the people who are in media jobs, as convergence demands versatility in jobs of the media personnel too. 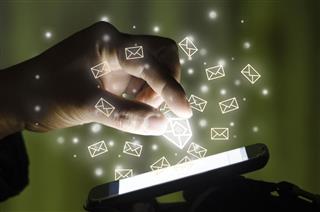 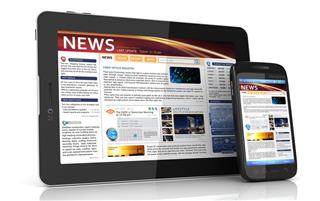 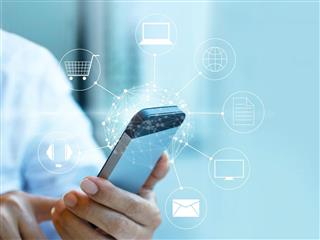